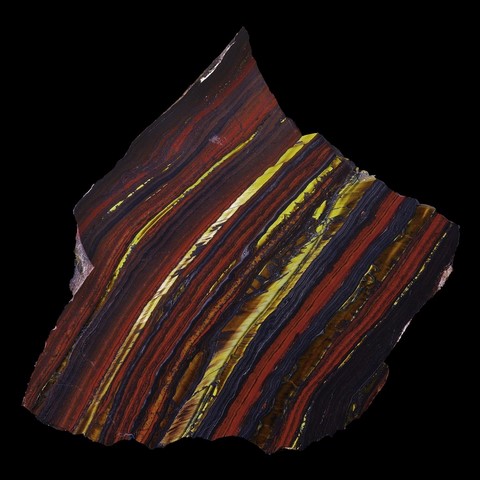 The vast majority of iron ore in the world is concentrated in so-called banded iron formation (BIF). These BIFs exist with several facies, but the most classic consists of alternating silica beds more or less ferruginous and may contain crocidolite fiber (tiger's eye) and hematite, this is why it is commonly called "iron tiger's eye" on the market of ornamental stones. They are always marine sedimentary origins. These banded irons formations are all Archaean or Early Proterozoic (-3.8 to -1.9 billion years old) therefore very old. They are found today mainly in South Africa and Australia but also in North America.

Archaean BIFs (the oldest of which are -3.8 Ga) form discontinuous deposits within the sediments of the Archaean green belts (green belts are ancient volcanic formations metamorphosed by many geological events). They are often richer in red silica than in ferric oxide. They sometimes bear the name of "jaspilite".

Lower Proterozoic BIFs form very large deposits ; the layers are distributed over large areas and constitute the majority of the deposits of major economic importance. They date from -2.5 to -1.9 billion years ago. It does not exist after this date (with the exception of those related to Earth Snowball episodes around -0.7 billion years ago).

No longer forming in nature, the origin of these banded iron formations has been the subject of questioning and debate for decades.

The main question concerns the origin of these Fe3+ iron oxide banks, whether for the Archaean (at the time when the atmosphere was reducing) or the Early Proterozoic (time of the reducing atmosphere / oxidizing atmosphere) deposits. Reduced iron (Fe2+) is soluble in water ; so oxidized iron (Fe3+) is insoluble. Since marine Fe3+ (insoluble) precipitated in the Archean, it is because the seawater of this time contained iron in solution, inevitably in its soluble form Fe2+. The ocean at that time was therefore very reductive, as was the overlying atmosphere. The richness of the sea in Fe2+ ions could be general, or locally enhanced by submarine volcanism. In the case of the Archaean deposits, the usually reduced seawater has become locally oxidizing, resulting in the oxidation of Fe2+ ions to Fe3+ ions and their precipitation in the form of hematite. It can be noted that while the majority of Archean BIFs are solely hematite, some, including those of Isua, aged -3.8 Ga, also contain magnetite (Fe3O4, a mixture of Fe2O3 [Fe3+] and FeO [Fe2+]). 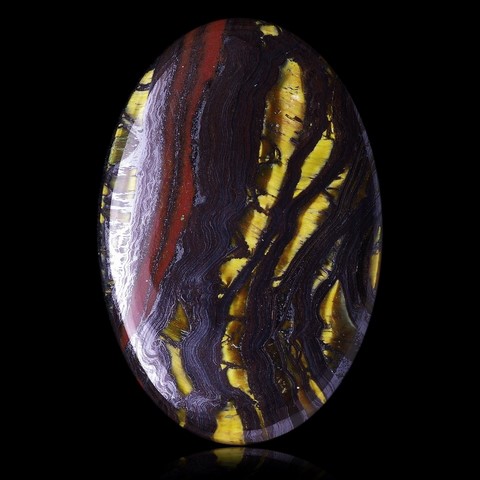 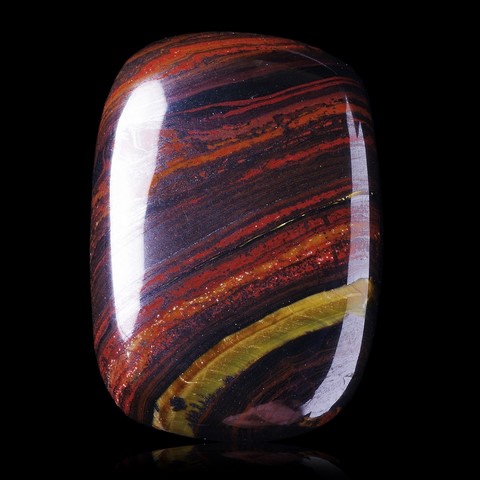 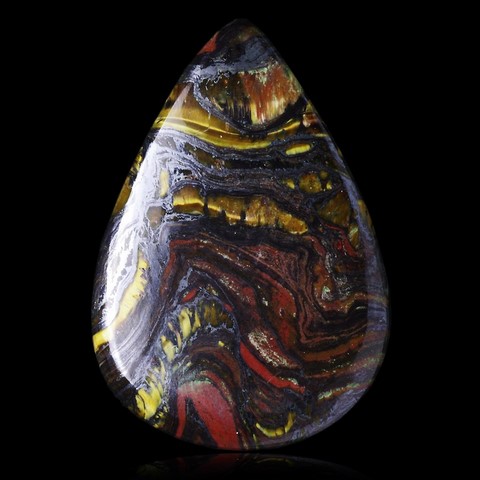 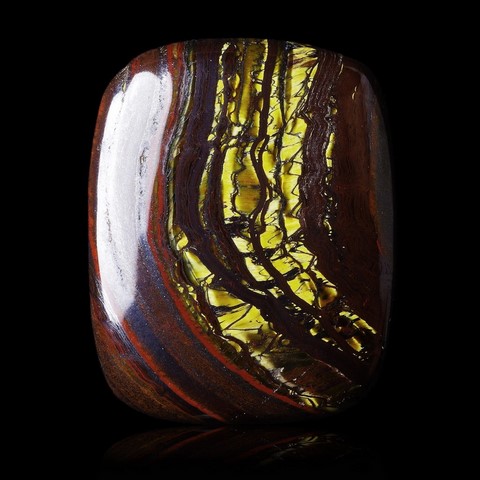 Two hypotheses are classically proposed to explain this oxidation :

- Photolysis of the water by the solar UV would have allowed a release of O2, thus making the sea oxidizing. But why an important photolysis while the sun of the time was less active than the sun of the more recent periods, and why this oxidation only local, and not generalized ? It can be imagined that, locally, oases of photosynthetic life have emerged in shallow waters, such as carpets or clusters of cyanobacteria (stromatolites). Classical photosynthesis would have allowed the release of O2 from the photolysis of water, and thus a precipitation of Fe3+.


For the Lower Proterozoic deposits (the most abundant) dating from -2.5 to -1.9 billion years, they are due to the general oxidation of seawater by the atmosphere itself becoming rich in O2 at this time. The precise modalities of this generalized oxidation, in particular the thickness of the slice of water where it takes place, is the subject of scientific debate.

Origin of the banding :

- Alternating sedimentation silica-hematite, hematite precipitating during episodes of active photosynthesis, precipitating silica in the absence of photosynthesis. The rhythmicity would be due to astronomical rhythms, whether Milankowitch-type climatic rhythms or seasonal rhythms.

- A separation of diagenetic type : an initially homogeneous mixture silica + hematite would have separated during the process of transformation of the sediment into rock (diagenesis). The discontinuous nature of silica beds or the filling of cracks and faults with hematite show that hydrothermal migrations and segregation are possible.

Uses of the BIFs :

BIFs are mainly exploited as iron ore. They also serve much for ornament or size / sculpture, we find them cut in cabochons for jewelery.