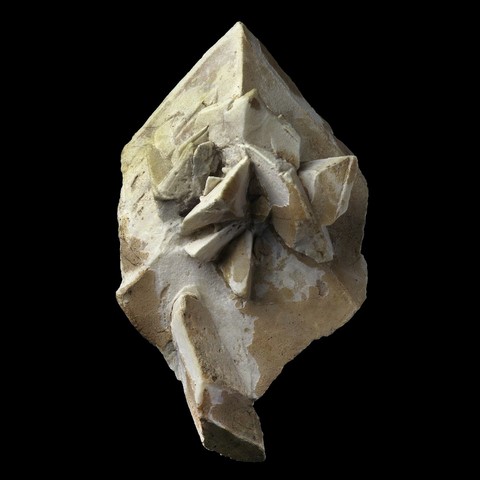 Glauberite is a frequent mineral in salt deposits of marine or lake origin, associated with rock salt (halite); it is also found in fumaroles and in nitrate deposits in desert regions. This mineral owes its name to the German chemist and physicist Johann Rudolf Glauber (1604-1668) who gave his name to sodium sulfate (Glauber's salt), contained in large quantities in glauberite. The crystals show various facies : often flattened lozenges, sometimes prismatic or pyramidal, with the faces often striated parallel to their intersection ; it is also common in lamellar masses. Glauberite is often colorless to yellowish gray, sometimes brick red. Like gaylussite, it is commonly transformed into calcite. It is incidentally a sodium ore, and a mineral little known to collectors.

In France, glauberite is present in the salt layers of Lorraine (Varangéville, France).

Glauberite is a mineral that is commonly replaced by calcite.