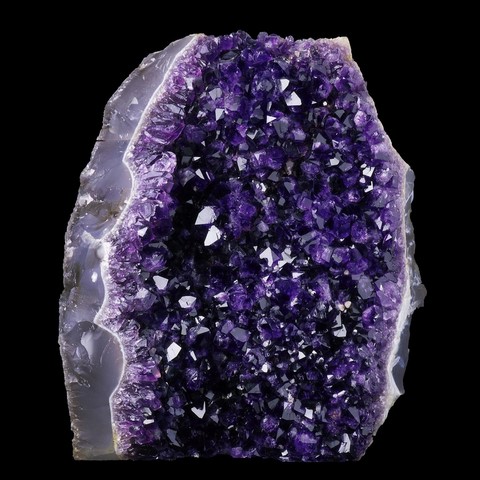 Amethyst is a purple quartz variety. Its name comes from the ancient Greek "amethustos" (which preserves drunkenness) probably because it is the color of watered wine. Its color is related to the presence of Fe4+ ions impurity whose content varies in the range of tens to hundreds of ppm (100 ppm = 0.01%), but also sometimes in a surrounding natural radioactivity. The crystals of some deposits may fade to light, but the color of amethyst is generally stable to 250°C, beyond, most amethyst fade. Around 500°C, amethyst turns yellow-orange, but fades again if the temperature is raised to 600°C, before becoming milky quartz. Also, amethysts are heat treated extensively to get citrines. This heat treatment can leave characteristic inclusions easily identifiable using magnification. It was and still is heavily harvested throughout the world today for jewelery and decoration. It is certainly one of the most publicly known stones. 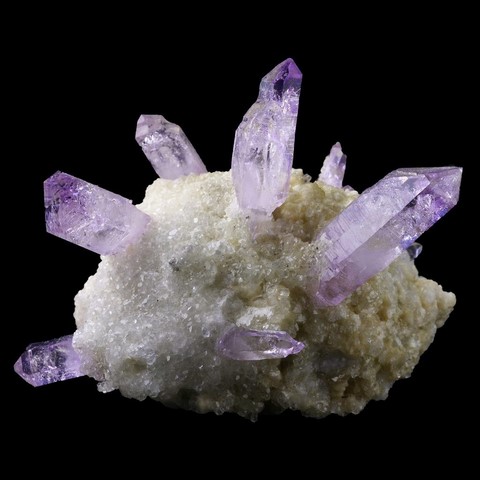 Amethyst on calcite from Osilo, Italy 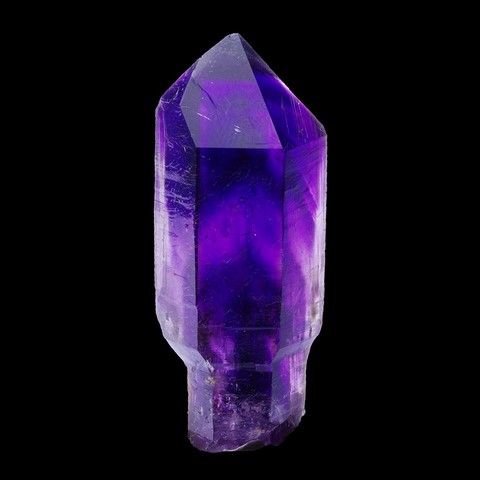 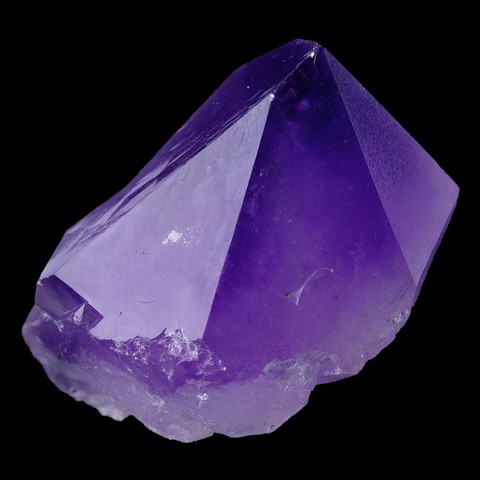 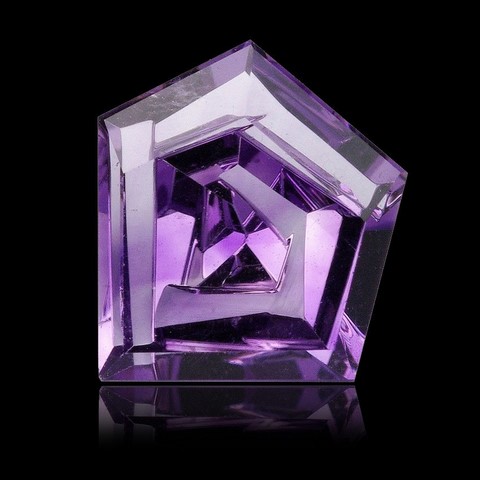 Amethyst in the World 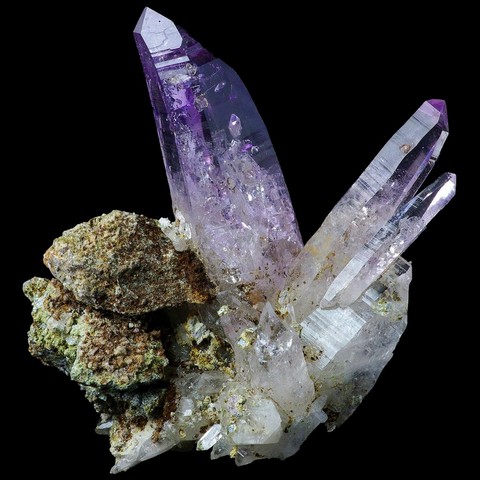 The most notable deposits are located in South America. Brazil and Uruguay crystals lining large geodes within ancient basaltic lava flows. These cavities are old gas bubbles which, over time and circulations of hydrothermal fluids led to the crystallization of amethyst geodes that can sometimes exceed 10 meters ! Silica present in solution in these warm waters has resulted in the formation of crystals, some of which exceed 15 cm. 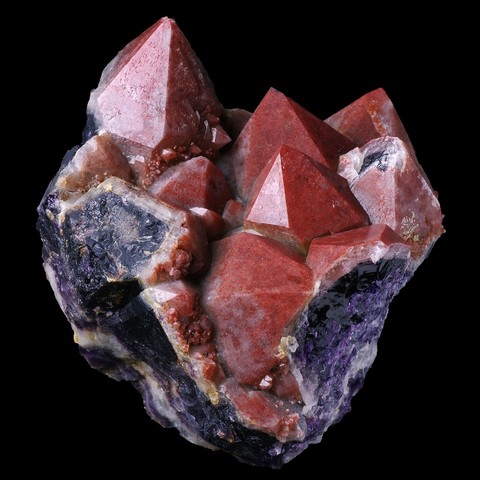 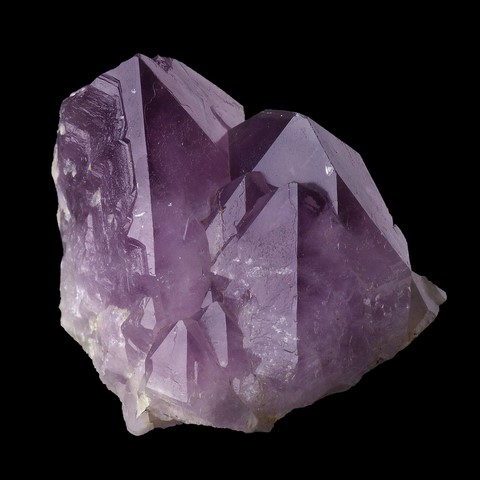 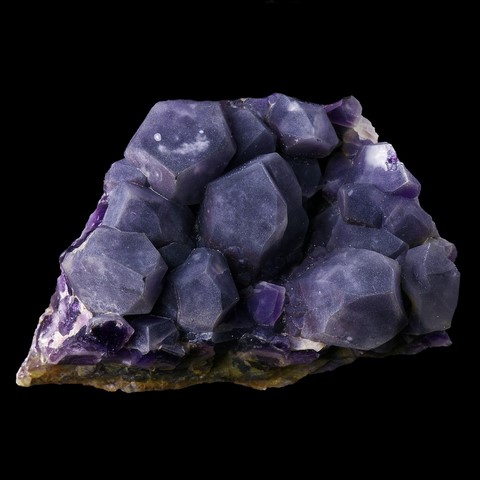 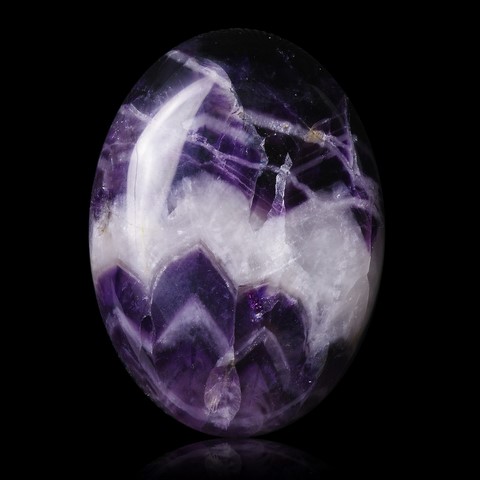 The best French amethyst veins come from the Massif Central (photo in margin). While currently not widely popular, they have been widely harvested in the seventeenth to the nineteenth century. For some years the Pégut concession near Vernet-la-Varenne in the Puy-de-Dôme, was bought by J. Plasse which exploits amethyst by hand and fashions it. These amethysts have the following characteristics : a blue-violet intense color and often pseudo-cubic crystals. Very colorful and shiny crystals (over 5 cm in section) were also found at Isserts near St-Jacques-d'Ambur always in the Puy-de-Dôme department.

It was also meets on time generally shiny but quite pale crystals in the French Alps. It has also given its name to an alpine summit : La Pointe des Améthystes.

The amethyst crystals twin in the same way as quartz, all quartz crystals are usually twinned, and there are more than 20 different twins for this species. The twins of quartz are, however, difficult to spot. The most obvious is called "La Gardette" or "Japan" twin law, encountered for amethyst in Andilamena, Madagascar in addition to sceptration. The La Gardette twins is formed of two individual crystals whose axis is at an angle of 84.33 °.

The different crystal forms of amethyst 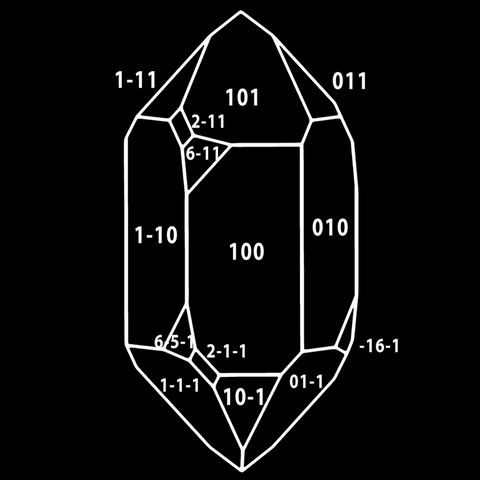 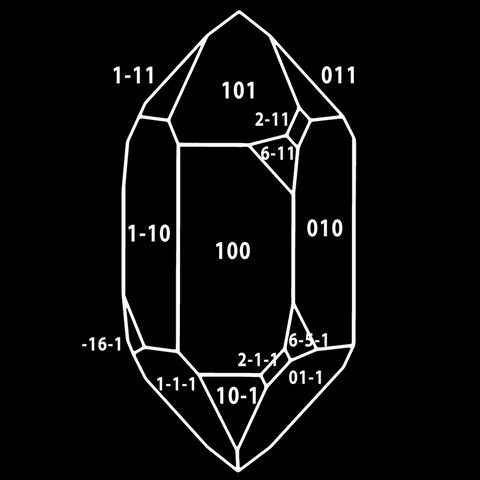 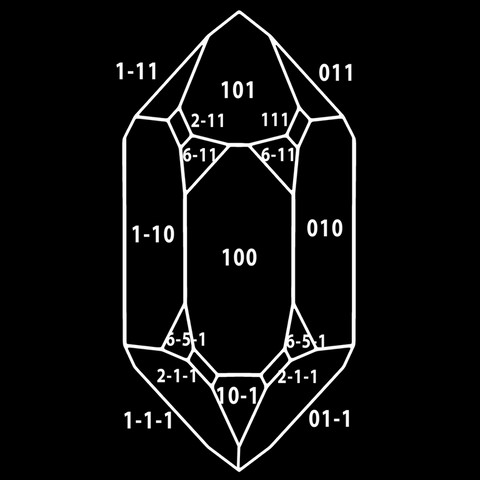 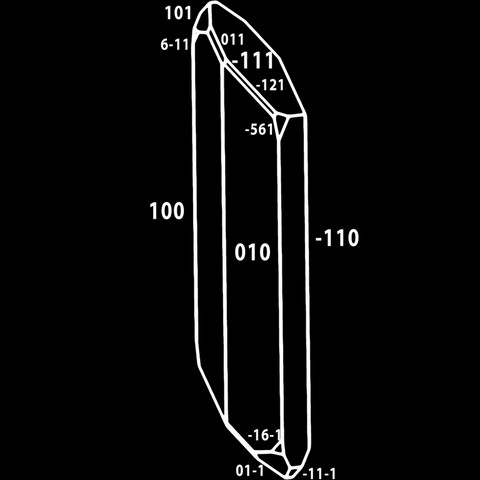 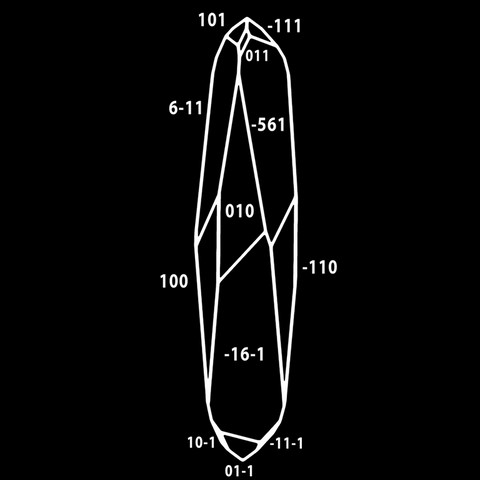 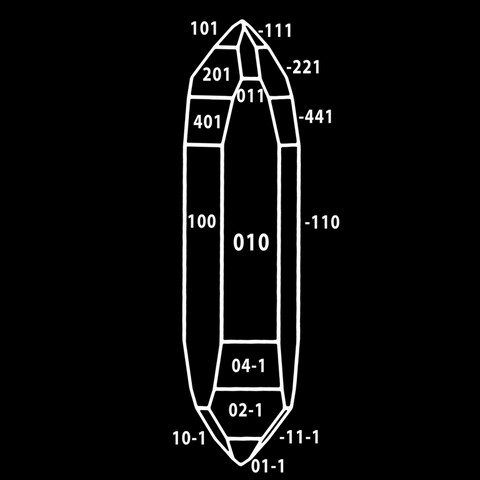 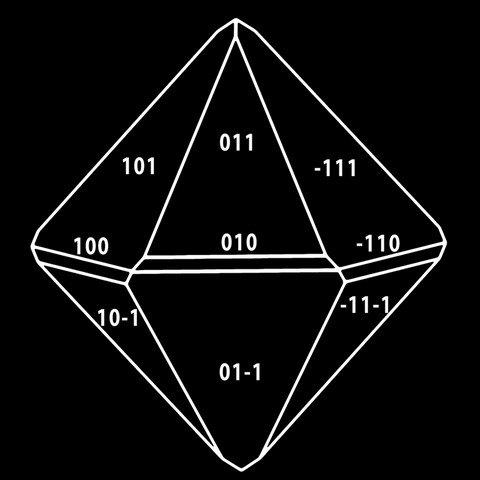 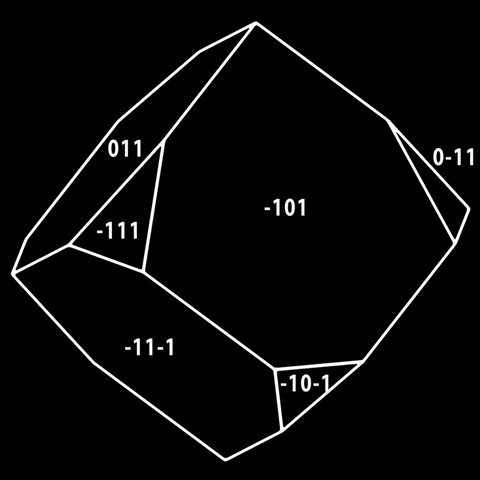 Pseudocubic quartz with angle of 85.76° 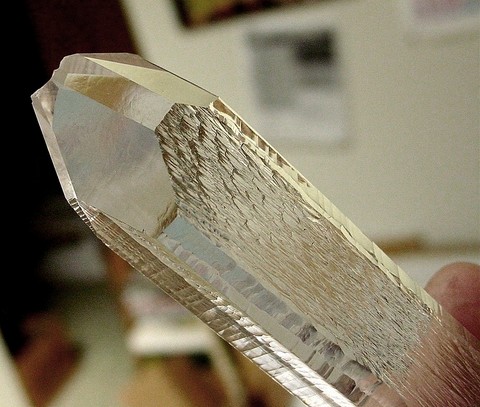 Among the classic scams there natural quartz geodes painted in purple. Violet inks generally do not support a shift in water or in acetone and this is enough to reveal the deception... These objects are usually sold at low prices in Moroccan souks.

More subtle and rare on the market, synthetic amethysts. The quartz is typically synthesized in devices called "autoclaves" kinds of pressure cookers that make up pressure and temperature of chemical solutions. These "hydrothermal" quartz as we call them have a tabular facies, they look nothing like natural quartz (photo in margin). They are not twinned to present optimum piezoelectric characteristics for electronics, major consumer of synthetic quartz sector. Some could be found on the gemstone market. The major problem is that a small quantity of specimens of natural amethyst pyramidal facies was able to be produced in China through this method and marketing. These amethysts are floater whose matrix is a piece of granite, the crystals are zoned and occasionally purple derives on yellow-orange. The picture below shows a synthetic specimen sold on eBay for natural... 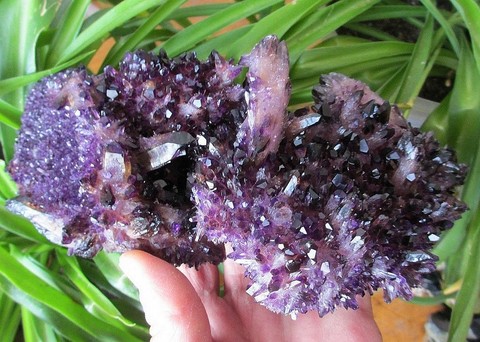