What is a dolerite in geology ?

Dolerite is a semi-deep, massive and compact basic magmatic rock, often dark green, characterized by a particular texture (doleritic) in which the plagioclases in elongated subautomorphic prisms are molded by intersticitial pyroxene (augite, sometimes enstatite or pigeonite).
It is an intermediate rock between basalts and gabbros which most often occurs in veins. The term "diabase" is often used as a synonym.
Dolerite is a hard rock that was used to make prehistoric polished axes. A deposit dating from the 4th millennium BC and rich in thousands of axes was discovered at Plussulien in Côtes-d'Armor (France). Experts estimate that 5,000 axes were produced there annually and that the deposit was mined for nearly 1,000 years. This site supplied axes from all over the western part of what was to become Gaul. The lapidaries exploited thick veins which cut across the Paleozoic lands of the Châteaulin Basin (Finistère, France). 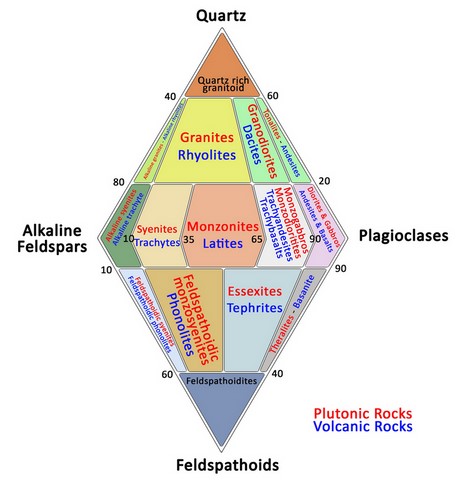