What is komatiite in geology ? 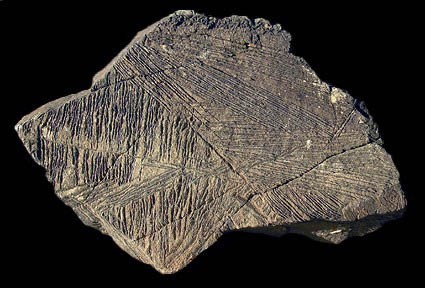 Komatiites are exceptional ultra-mafic lavas for their richness in magnesium (18 to 32% on average) and their very high emission temperature (up to 1600°C), which testifies to a significant partial melting of the mantle (greater than 35%) between 150 and 250 km depth.
Their mineralogical composition is predominantly forsterite with a spinifex texture (more than 50%), aluminous orthopyroxene and clinopyroxene (augite-salite type), plagioclase (nearly 10%) and rare oxides of iron and titanium.
These witnesses of the first terrestrial volcanism are known almost exclusively in very old volcanoes (from 1.8 to 3.5 billion years old), with an exception at 65 million years old on the island of Gorgona, off the coast of the Colombia). The eruptions that gave rise to them must have been cataclysmic, and originated at the edge of the Earth's core. The name comes from the Komati River in South Africa, where they were discovered in 1969.
Back to summary