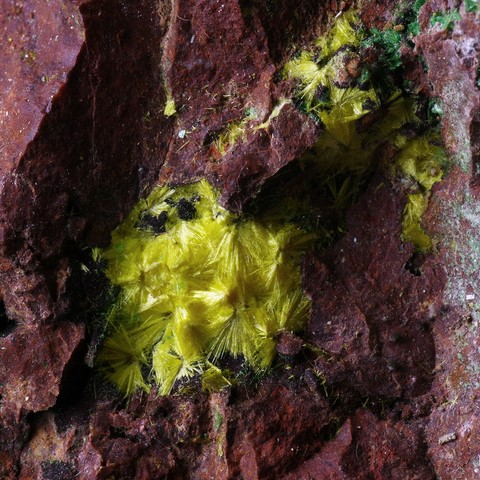 Uranophane (or uranotile) sometimes called uranophane-α (alpha) as opposed to its monoclinic dimorph uranophane-β (beta) with which it shares deposits, is a secondary hydrated silicate of uranium and calcium. Its name comes from "uranium" and from the Greek phainein (to appear), because of the primary difficulty in establishing its exact chemical composition. α and β uranophanes are frequent in the oxidation zone of uranium deposits where they derive from the alteration of uraninite (and in particular of its collomorphic facies, pitchblende). They constitute the essential mineral phase of "yellow gummites", a set of secondary uranium minerals mainly made up of uranium silicate. Uranophane occurs in fine acicular crystals, of a few millimeters at most, assembled in sheaves, crags or sea urchins, or in earthy to finely fibrous masses, sometimes very voluminous. These masses often retain the banded and concreted texture of pitchblende which uranophane replaces. The hue usually yellow to lemon yellow or greenish, turns pale yellowish white in earthy masses. Uranophane-β can occur as yellow prismatic crystals. This mineral, like other uranium silicates, is soluble in acids with the evolution of radon gas. It is locally an important ore of uranium. 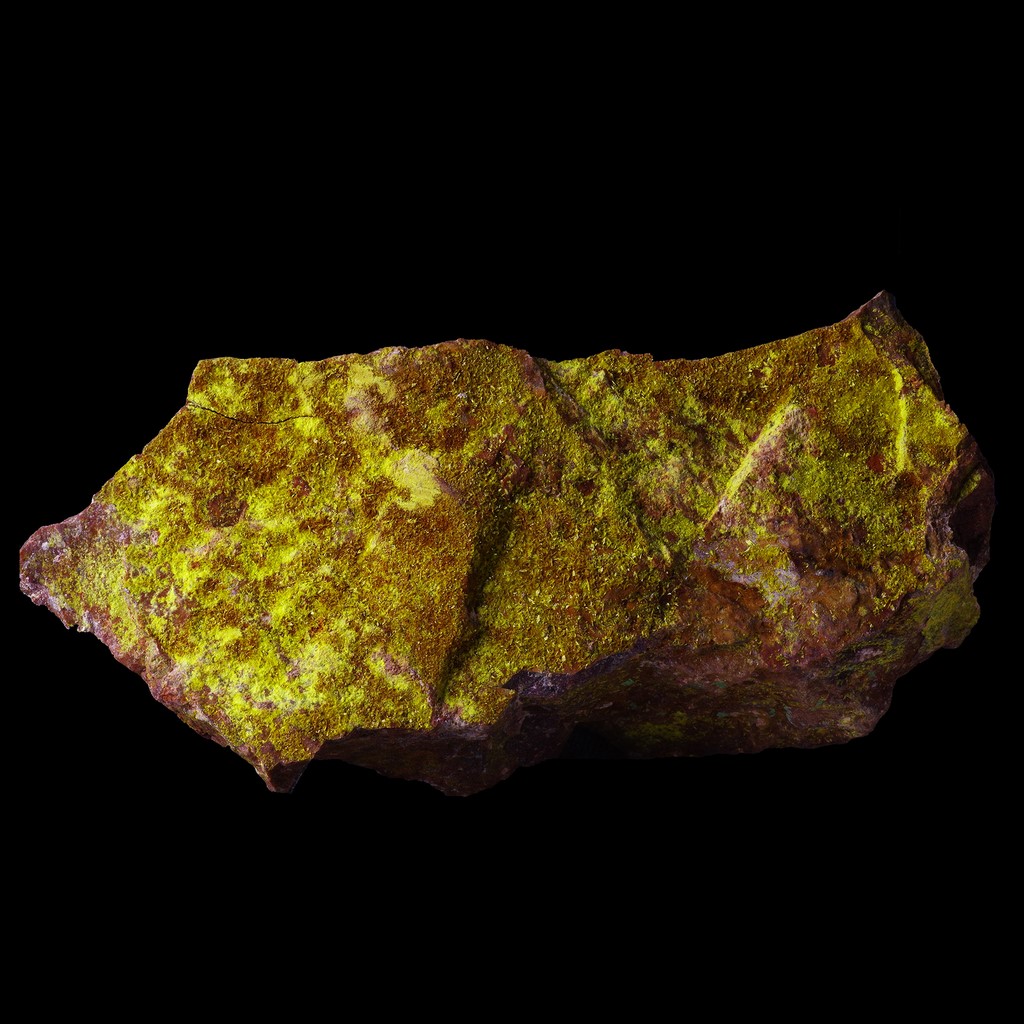 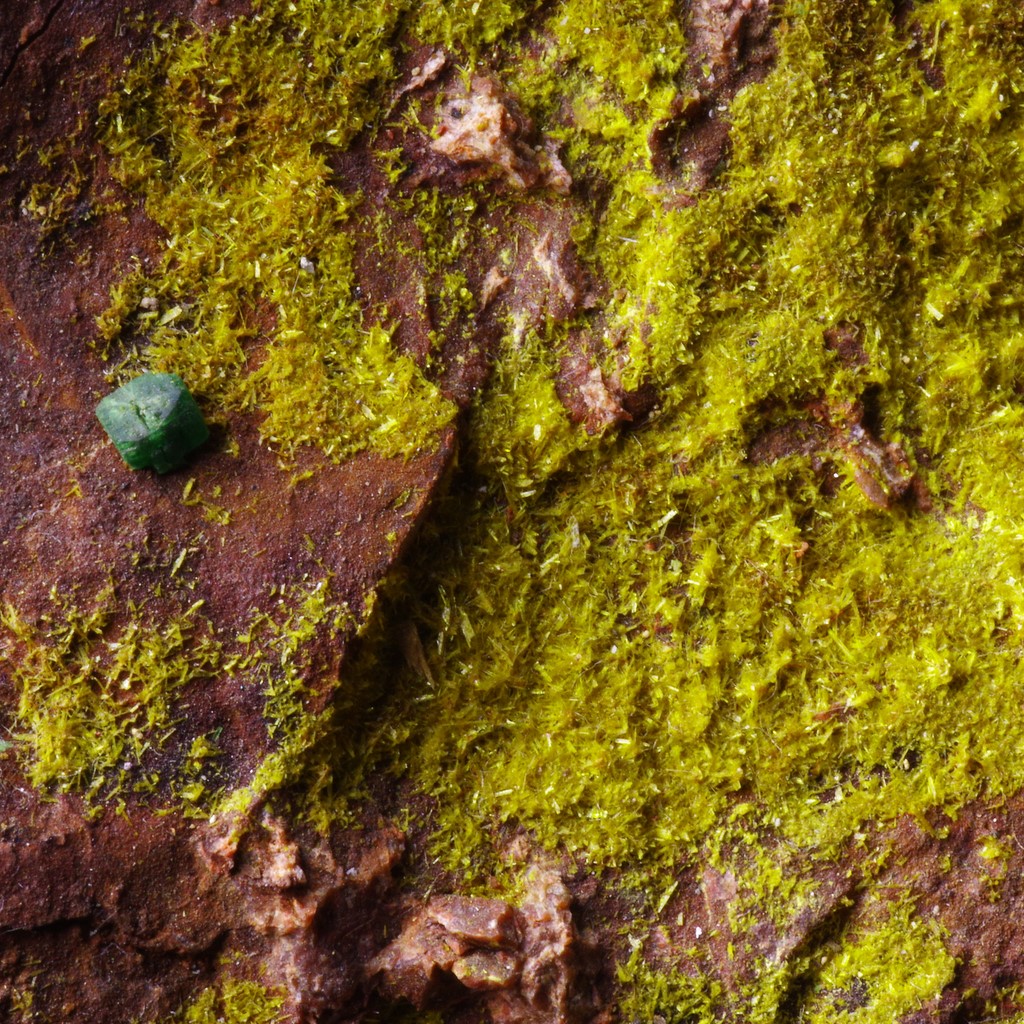 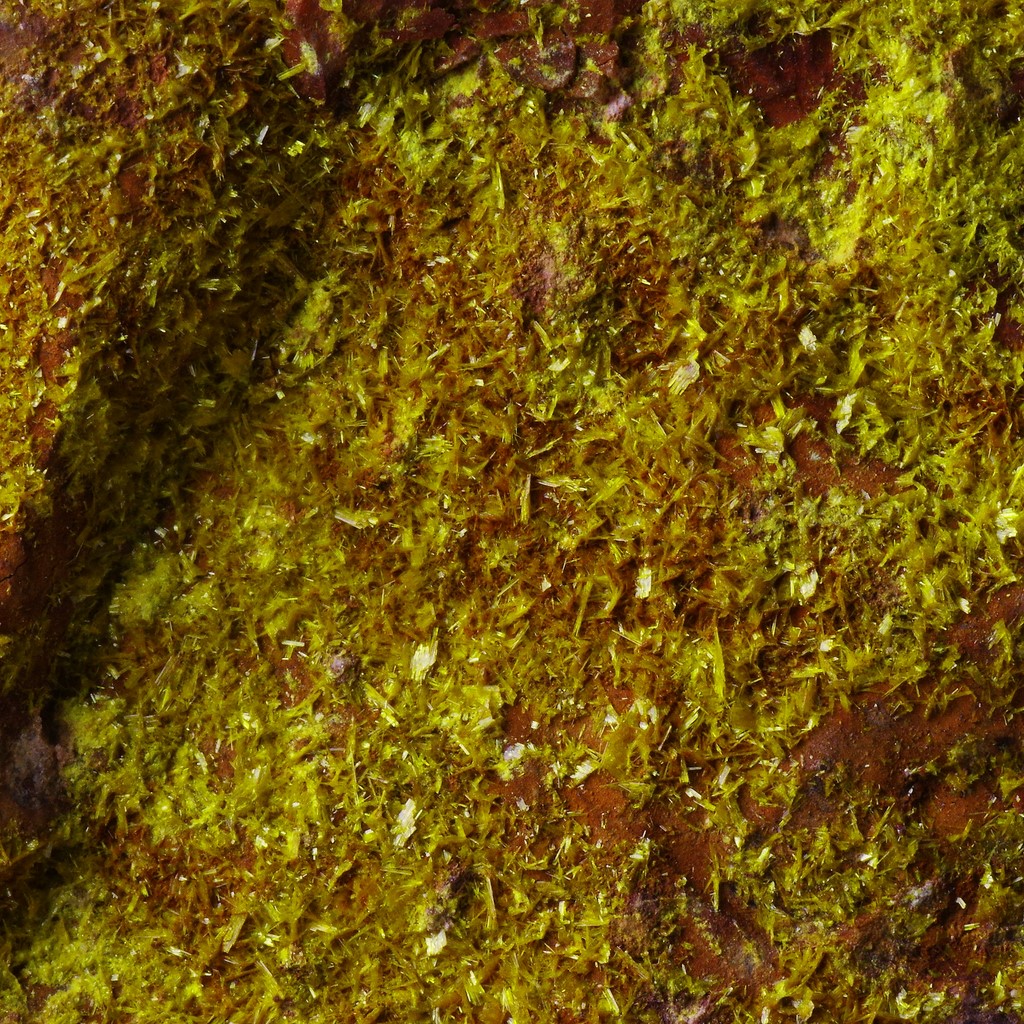 Uranophane in the World

Uranophane-β : It seems to have a predilection for uraninite pegmatites : Palermo and Ruggles (New Hampshire), Newry (Maine), Spruce Pine (North Carolina), Wölsendorf (Germany). It was common in the pitchblende veins of Jachymov (Czech Republic) where it was discovered.

Uranophane-α : Clear crystals are rare. The Bois Noirs (or Limouzat, Loire) mine produced 3 cm tufts and urchins composed of well-individualized crystals, which are among the finest samples in the world. The mine of Faye en Grury (Saône-et-Loire) produced magnificent sub-centimetric urchins, and that of Bauzot (Saône-et-Loire) veneers of crystals of several square decimeters.

No known twin, uranophane, on the other hand, can replace uraninite crystals.

No fake recorded for this species, on the other hand it can be difficult to differentiate uranophane-α from uranophane-β with the eye.