Adamite is a common arsenate from the oxidation zones of arsenic-rich and zinc deposits. It is currently associated with olivenite, malachite, smithsonite, and other secondary minerals of zinc or copper. The substitution of zinc by copper generate a complete series with olivenite. It owes its name to the French mineralogist Gilbert-Joseph Adam who discovered this species in the Chañarcillo mine in Chile. Adamite occurs in fibroradiated aggregates or balls with hummocky surfaces bristling with crystalline terminations, but also in elongated prismatic crystals. Its color varies, most often yellow to yellow-brown or pale blue to green, it can become intense green if it contains copper (cuprian-adamite) or pink to purple if it contains cobalt (cobaltoan-adamite) or manganese (manganoan-adamite). Adamite is not used, the samples are only for the collection, note that some gemmy crystals had been cut for the collection.

Adamite in the World

The two areas producing the most beautiful samples are those of Laurion (Greece) with centimetric emerald green balls of cuprian-adamite on limonite, but also of Mapimí (Mexico) where magnificent green or purple crystals can reach 3 cm. Excellent 3 cm green and purple crystals also come from the Tsumeb Mine (Namibia). Also notable, there are the centimetric green crystals of the Iranian deposit of Dareh Zandjir.

In France millimetric crystals of cuprous and cobaltiferous varieties have been reported in the Cap Garonne mine in the Var department, but also Chessy (Rhône) or Echassières (Allier). 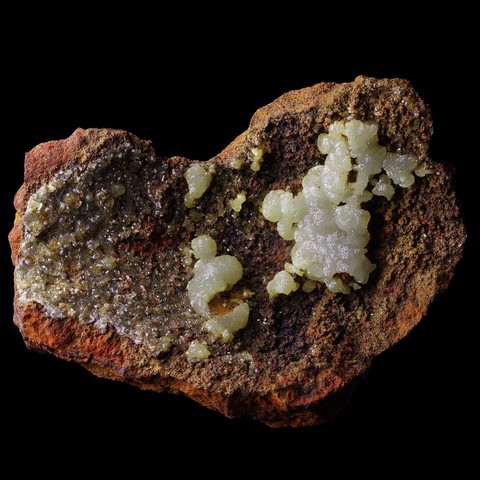 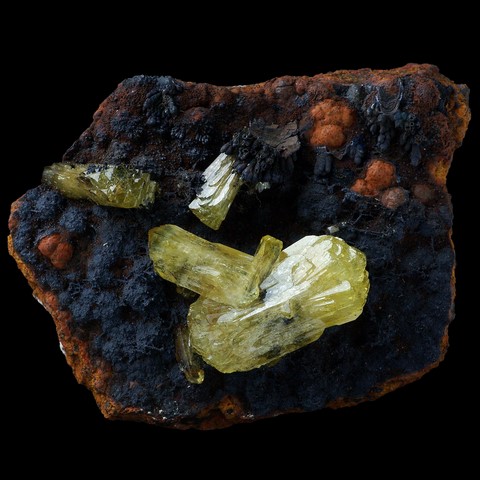 Group of yellow adamite crystals on limonite from Mapimi, Mexico 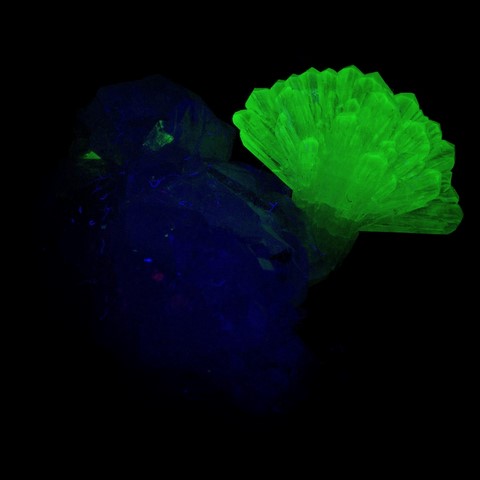 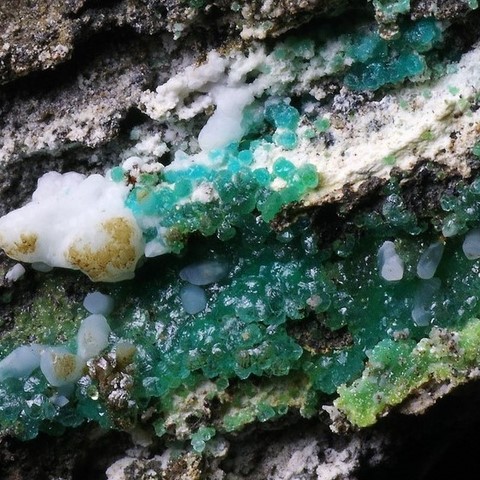 The adamite seems to be able to present twins but the smallness of the crystals makes them difficult to observe. No data could be found in the literature on the subject.