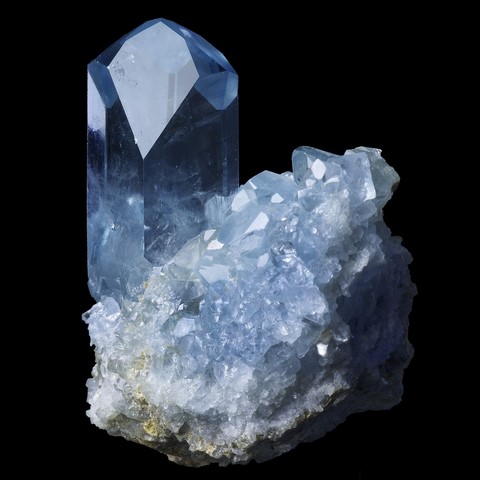 Celestite (or celestine) is a common sulphate that forms a continuous series with baryte. It is a mineral of sedimentary origin, typical of evaporitic deposits where it is associated with gypsum, anhydrite or dolomite. Celestite is also known in clusters and geodes in limestones and sandstones, more rarely as a matrix of hydrothermal lead veins (Pontpéan, France). It takes its name from the latin caelestis (heavenly), due to its pale blue color. Celestite occurs in flattened or elongated tabular crystals, resembling those of barite, they are sometimes acicular and grouped in clumps. It also forms small fibrous veins, nodules or sometimes globular masses. Celestite is colorless, white, gray or brownish, and the pale blue color to which it owes its name is less common. Celestite is an important ore of strontium used in pyrotechnics, agri-food, and more limited in medicine. 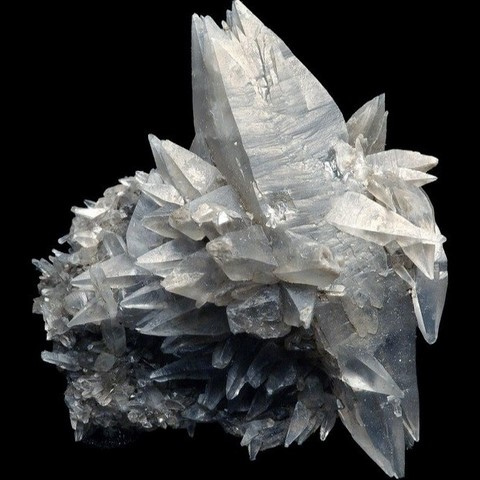 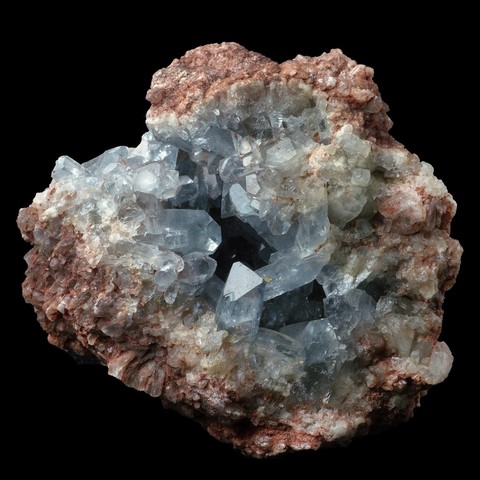 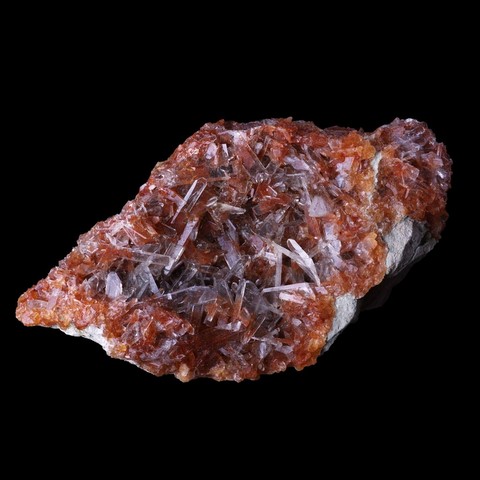 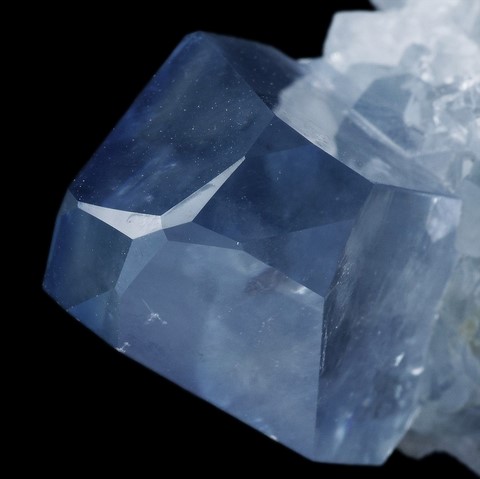 termination of a celestite from Sakoany, Madagascar

Celestite in the World

The most beautiful crystallization of celestite come since 1967 from Madagascar (Sakoany), where beautiful transparent blue crystals that can exceed 10 cm  and geodes can reach the meter ! Mexico has also produced very beautiful crystals in Matehuala (San Luis Potosi) of a deep blue and up to 40 cm. In Sicily (Agrigento, Catania, Caltanissetta) celestite associated with sulfur is found in white to bluish decimetric crystals. At Put-in-Bay (Ohio) pale blue crystals implanted in dolostone geodes can reach 75 cm. Good specimens have also been found in England (Clifton), Scotland (Strontian), USA, Canada, Poland and Germany. 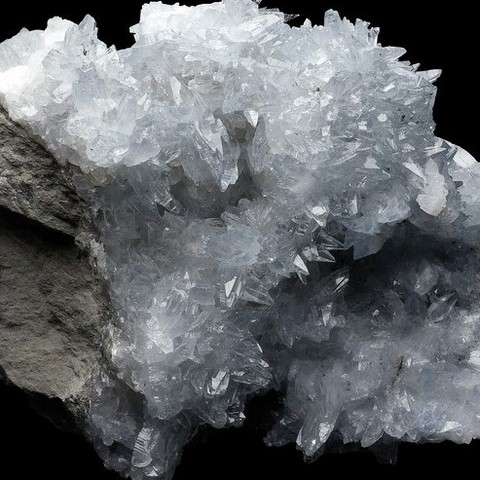 Twinning is rare and difficult to observe.
Due to sedimentary origin of celestite, it can potentially epigenize some fossils even if this does not seem to have been observed yet.

There are no fake records for this species.