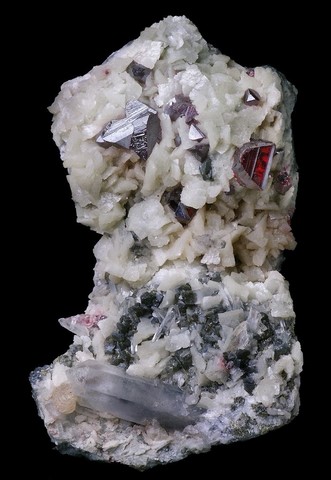 Cinnabar is a sulphide of low temperature hydrothermal deposits in association with recent volcanism, it is also found in volcanic fumaroles. It is a mineral that has several possible ethymology origins : from Greek kinnabari (ancient name of the mineral that the Greeks used as red dye), from Latin cinnabaris (mercury ore), from Arabic zinjafr or from Persian zinjifrah (dragon blood) in reference to its red color. Cinnabar occurs most often in carmine red to vermilion red in granular masses that can tarnish in brownish red then metallic gray-black. In Almadén (Spain), it even flows fine droplets of native mercury. Crystals exceeding 1 cm are rare. They are then rhombohedral, pseudo-hexagonal or in thick and flattened tablets. Cinnabar is a very important mineral because it is the only mercury ore currently extracted in less than 10 mines in the World. Veined or cinnabar-impregnated rocks can be used exceptionally as ornamental stone or cut in cabochons for jewelery. 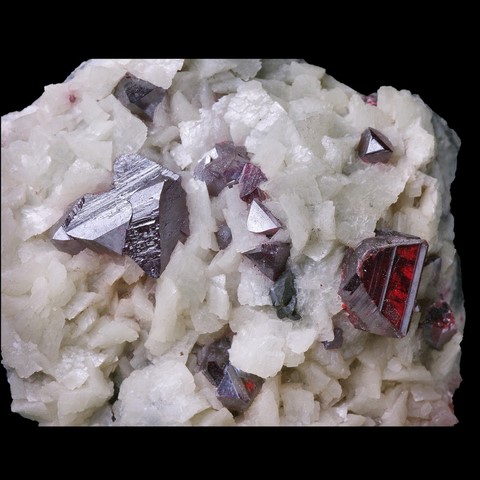 Cinnabar from Yanwuping Mine, China 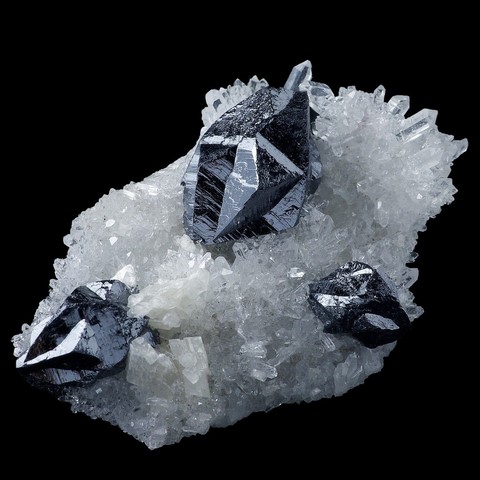 Cinnabar cabochon in quartz from Mexico 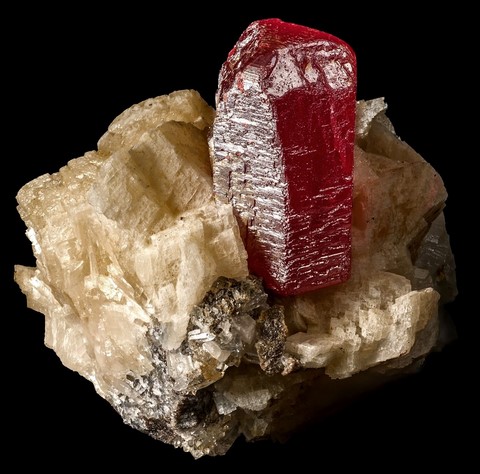 Cinnabar from Yanwuping Mine, China

Cinnabar in the World

The best cinnabar crystals come from China (Pa-Lo in Guizhou Province and especially Tsar Tien in Hunan Province) : they are crisp rhombohedral crystals up to 3 cm and 7 cm thick with an extraordinary red color vermillion when it is not tarnished. Very good crystals have also been found in Austria (Steirischen, Erzberg) and Asturias (Spain). Almadén, still in Spain, the largest mercury mine in the World has provided only rare small crystals not exceeding one centimeter in size.

In France, cinnabar is not very present, it is found in trace and micro-crystals in the mining district of La Mure (Isère), in Corsica in Vallone near Bastia but also in Loireauxence (Loire-Atlantique). 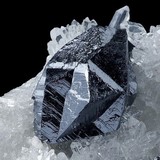 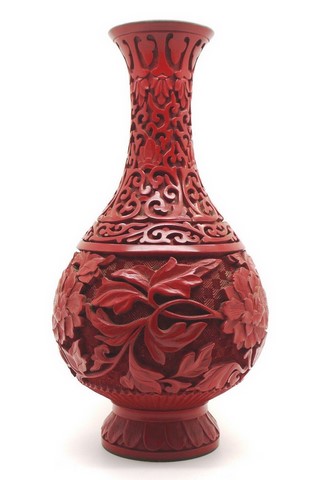 Many red ornamental objects from Asia (vases, plates, bowls, etc ...) are often sold under the name "cinnabar". Be careful, these objects are not cut in cinnabar. The name "cinnabar" is related to the vermilion red color of these objects. It was around 3000 to 2500 BC that a red lacquer was developed. This organic lacquer is formed from a natural resin. The most common source is the sap of the so-called lacquer tree (Toxicodendron vernicifluum), which grows in central and Eastern Asia. Once removed from the tree, the sap hardens when exposed to air. Some of the first uses of lacquer have been to make clay containers watertight and as preservatives of wood. Finally, coloring agents such as cinnabar were added and the lacquer began to be used for decorative effects. If old objects are well coated with a cinnabar lacquer, many modern objects do not contain any, the red lacquer being a plastic coating.