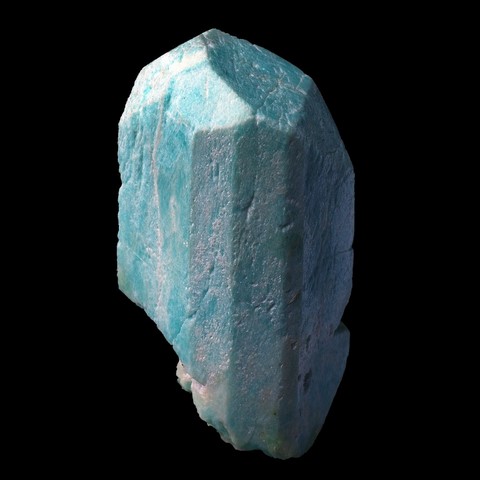 Amazonite is a blue-green to green microcline variety, a potassic feldspar. The green color is due to a replacement in the crystal structure of 2 atoms of potassium by a lead atom. A single atom instead of 2 : this replacement causes a sudden vacuum (or vacant site) in the crystal structure called "color center". This vacuum passes a wavelength corresponding to the green color and the mineral does not absorb it then appears green. Amazonite is the richest lead feldspar (sometimes up to 1.2%). It owes its name to the Amazon River where it was discovered. It is only found in granitic pegmatites. Its green aesthetic color is worthy of significant use in ornamentation and jewelry, where it is frequently cut in cabochon while its crystals are sought after by mineral collectors. 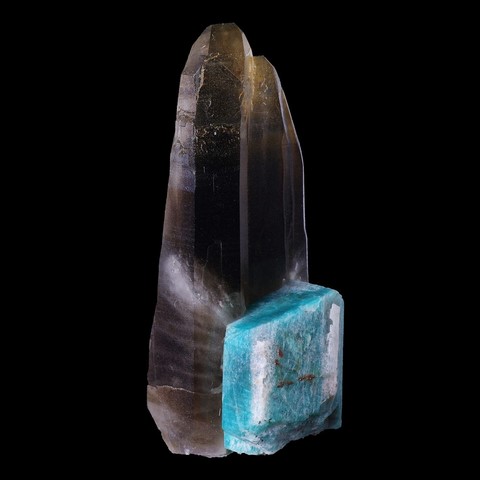 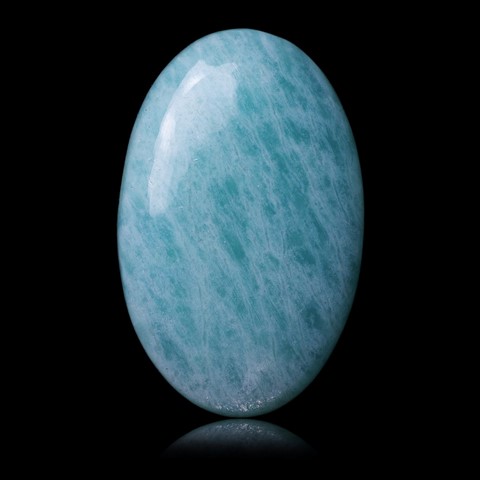 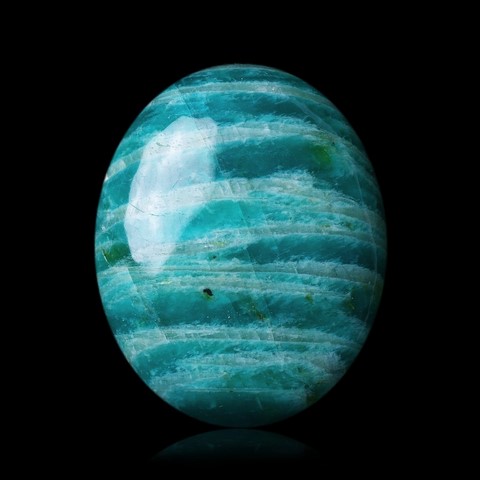 Amazonite in the World :

Superb crystallized samples of amazonite have been found at several sites. Crystal Peak and Pike's Peak (Colorado) provided extraordinary crystals exceeding 25 cm, commonly twinned (twin Baveno and Manebach) and associated with beautiful smoky quartz and sometimes brown topaz. Beautiful crystals, sometimes of significant size, were also extracted from the pegmatites of Amelia (Virginia) and the provinces of Laghman and Kunar (Afghanistan). Huge metrical crystals of amazonite, with very clean faces were discovered in the 70's in a pegmatite of the region of Itabira, on the banks of the Rio Doce (Minas Gerais, Brazil) : one of them , perfectly formed and weighing 500 kg is kept at the Paris Museum. Magnificent decimetric crystals also come from the Ilmen Mountains in the Southern Urals, Madagascar, India and Mozambique.

In France, amazonite was described in the 70's in a porphyritic granite in Corsica in Vizzavona.

No fake invented for this stone.