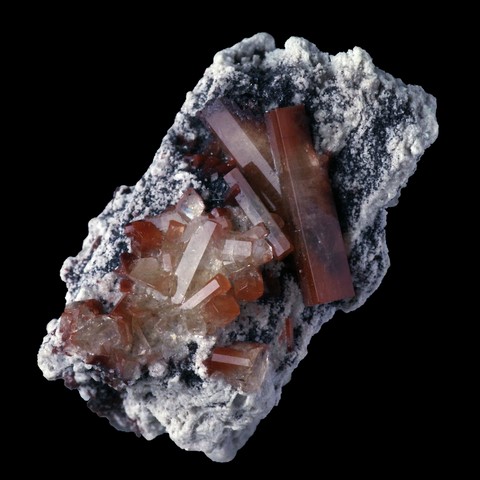 Topaz is primarily a mineral of pegmatites, although it is also present in high-temperature tin-tungsten veins, rhyolite cavities, greseins and exceptionally in metamorphic limestone ("saramenha" topaz). Heavy and unalterable, it is also a frequent alluvial mineral. It owes its name to the Greek topazion (and then to the Latin topazius), which used to refer to yellow gemstones. The topaz can be of different colors. Most often perfectly colorless, it can be pale blue, pale yellow to orange-brown (including the famous champagne color of imperial topaz), more rarely pink or purple ; it is very often transparent. These qualities combined with its high hardness of 8 on the Mohs scale, make it a gem used for a long time in jewelry. Topaz crystals are common in nature : orthorhombic prisms squat to elongated, striated faces and square section (blue topaz of pegmatites) or lozenge, terminated by a flat pyramid, degraded, or acute roof. Its high density makes it distinguishable from Spanish topaz (an misnomer commercial term for citrines). 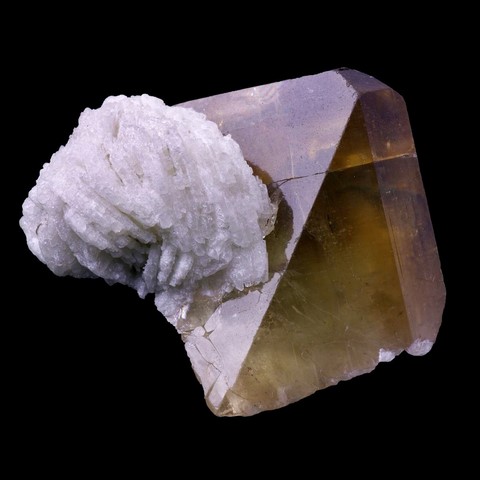 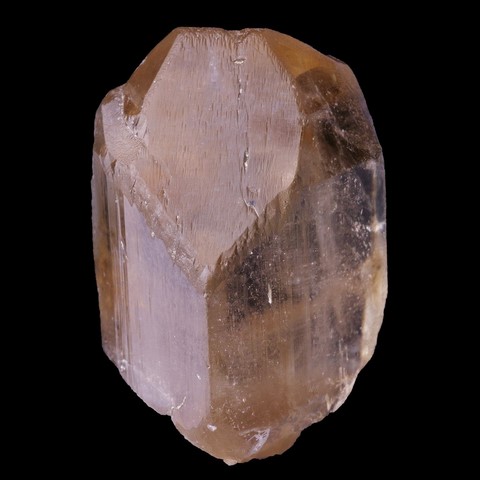 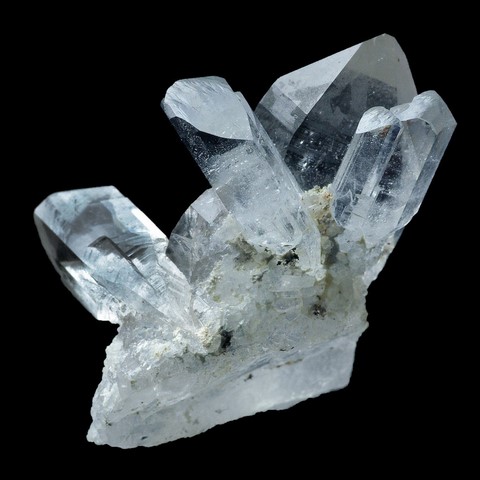 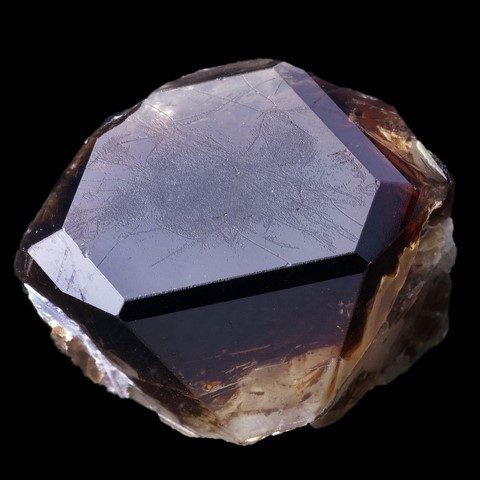 Topaz in the World

Topaz is known in very large crystals exceeding one meter and weighing more than 500 kg, exceptionally much more, especially in several Brazilian pegmatites of Minas Gerais (Fazendo Funil, Teofilo Otoni, Virgem da Lapa...) ; these last two sites are famous all over the world for their extraordinary blue crystals of 30 cm implanted on cleavelandite. Blue topaz is also highly sought after, it is also extracted from the Malagasy pegmatites (Bamainandro), Californian (Little Three mine in Romana : superb 9 cm crystals with cleavelandite and rubellite), and Russian (Sherlovaya Gora in the Adun-Tchilon Mountains and Alabashka in the Urals). The Adun-Tchilon deposits also provided remarkable 8 cm champagne-colored crystals. The topaz called "saramenha" is particular in its color, a beautiful orange (imperial topaz) or purple and its mode of deposit : metamorphic limestones. Extraordinary elongated decimetric crystals (up to 25 cm) of this variety have been discovered in the Ouro Preto district (Minas Gerais, Brazil). Brown-orange crystals also come from the Pakistani pegmatites of Gilgit and Skardu (Pakistan), but are not qualified as imperial topaz. A more original deposit is Mount Thomas Range (Utah) and Cerritos, Mexico (main photo), where centimetric amber crystals are implanted in rhyolite cavities. The topazes of the hydrothermal veins are of lesser quality and of smaller dimensions.

In France, the Montbelleux tungsten mine (Ille-et-Vilaine) supplied 4 cm topaz crystals. It is found in millimetric crystals, rarely centimetric in the kaolin quarries of Echassières (Allier).

No twin known for the species. 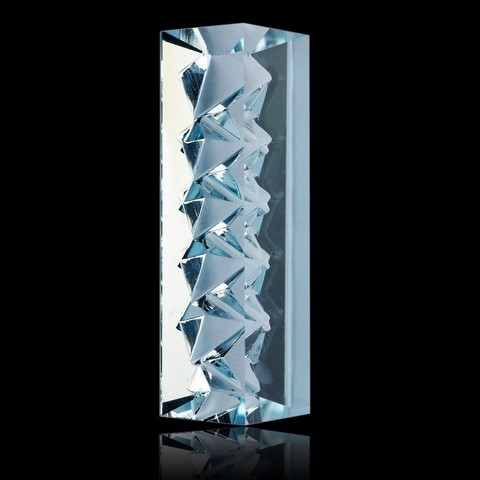 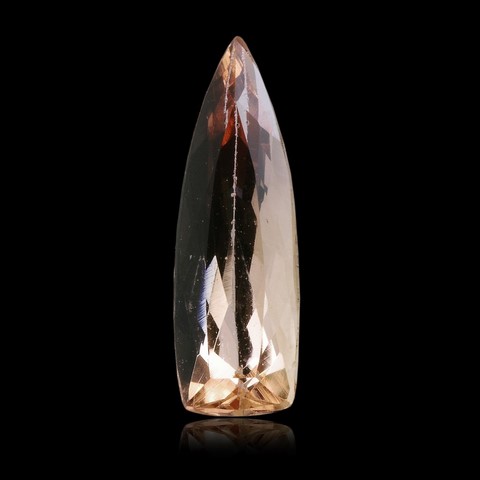 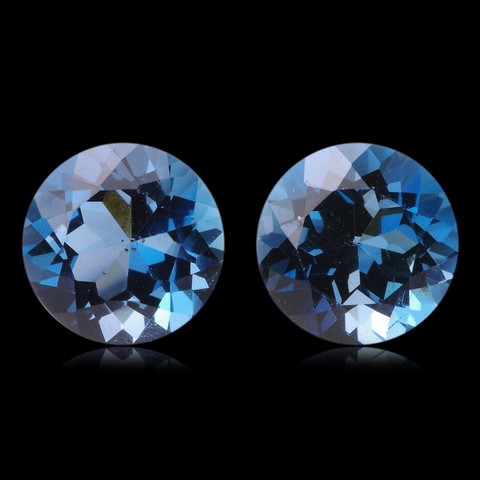 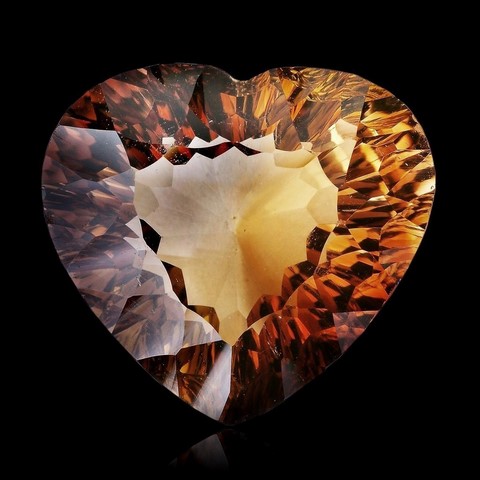 Numerous treatments exist for topaz, especially irradiation, which allows bluing of colorless topaz. Once irradiated, these topazes take different commercial names depending on the intensity of the blue obtained (Sky Blue, London Blue, etc ...), this treatment is completely undetectable without advanced laboratory analysis. Yellow topazes can also be heated to give them a color close to Imperial Topaz. This treatment may also be difficult to spot.

Magnetism : None
Radioactivity : None, sometimes in trace when treated