What is a limestone in geology ? 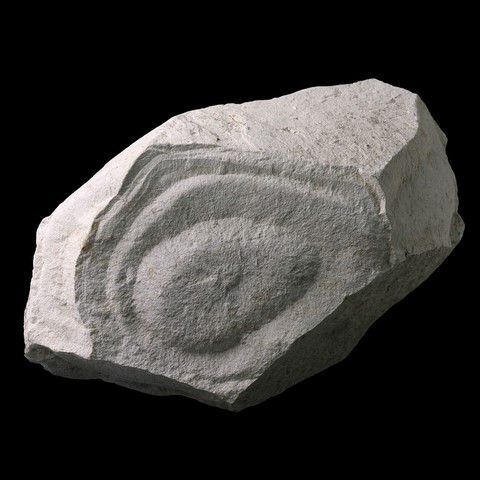 Limestone is a carbonate sedimentary rock, composed of at least 50% calcite and may contain dolomite, aragonite, siderite and various accessory minerals. Limestone rocks constitute the main group of carbonate rocks and are of great geological importance.
There are schematically 3 types of limestone.
Organic limestones : they result from the activity of living things. They are subdivided into biogenic limestones (built limestones or reefs, the result of the activity of corals, rudists, bryozoans or algae), and bioclastic limestone, formed by the accumulation of carbonate organic debris (lamellibranch shells and gastropods, crinoid, foraminiferous tests, etc...). Chalk belongs to this category : it results from the accumulation in shallow seas of skeletons of microorganisms with calcareous tests : coccoliths (10 to 20 µm).
Limestone of biochemical or physicochemical origin : they are formed by precipitation of calcium carbonate in solution in water. These are mainly oolitic and pisolithic limestones, made up of small spheres of size respectively less than and greater than 200 µm, concretions of hot springs (travertines and limestone tuffs) and caves (stalactites and stalacmites).
Limestones of detrital origin : they result from the cementation of debris torn from other carbonate rocks (slope breccias, pebbles, gravel, limestone sands) and frequently comprising a high proportion of siliceous terrigenous material.
We speak of bituminous limestone (or asphaltic limestone), these rocks close to oil shales are predominantly carbonate rocks rich in heavy hydrocarbons. Like oil shales, they were exploited from time to time in France until the early 1980's. The main productions came from Limagne in Auvergne (Mine des Rois de Dallet, Mine du Champ des Poix de Pont-du-Château) and from the Alès Basin. In the best years, however, production did not exceed 100 kt of hydrocarbons.
We speak of dolomitic limestone when the limestone consists of a mixture of substantially equivalent proportions of calcite and dolomite. Dolomitic limestones can form impressive rock masses, as in the Alps.