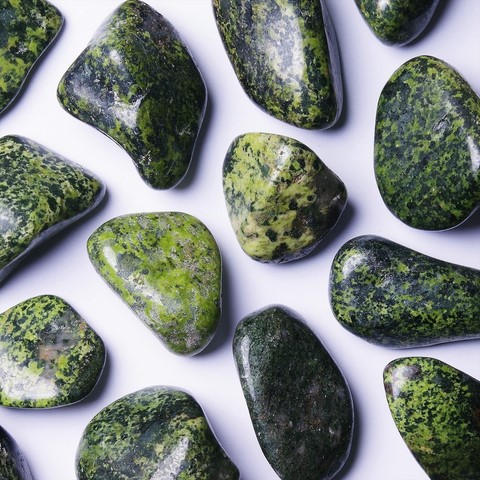 Nephrite (also called jade) is an extremely tenacious cryptocrystalline fibrous variety of tremolite or actinote with a white to greenish color, sometimes deep green. Remember that actinote is a common mineral from the group of calcium amphiboles, which designates the very common intermediate terms of the continuous series formed by the tremolite (magnesian pole) and ferro-actinote (iron pole). It owes its name to the Greek nephros (kidney), because used as a medicine it was supposed to relieve kidney diseases. Nephrite, like actinote, are common products of low-level regional metamorphism (green shale facies), and contact metamorphism of basic and ultrabasic rocks and dolomites. They are frequently associated with chlorite, epidote and talc, as well as many other metamorphic minerals. Nephrite is with jadeite the only material which can also be named "jade" on the market. It is a stone that is frequently cut and used as an ornamental and decorative stone. Nephrite has been worked on by the Chinese who have carved many refined works of art from immemorial times, it also remains very present in the lapidary art of the Maori in New Zealand. Because of its high tenacity, nephrite was once used to make weapons, discovered in Swiss prehistoric sites. 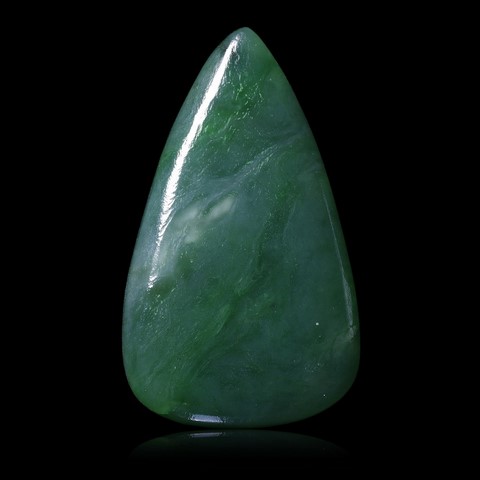 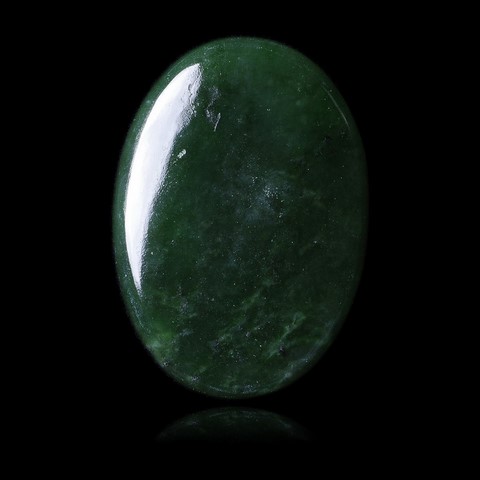 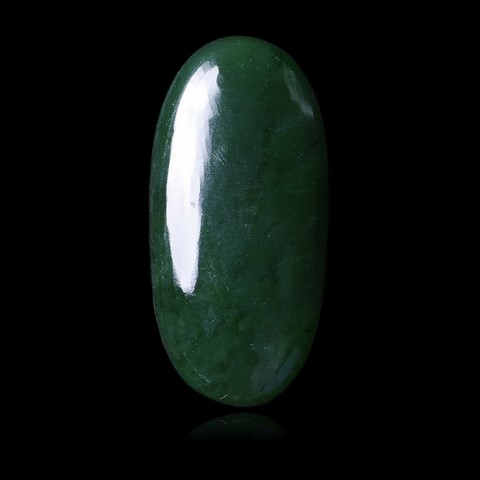 Nephrite in the World

Magnificent pebbles of nephrite have been extracted since Antiquity in the Kunlun Shan mountains, in China, and in Chun Cheon, in South Korea. In Canada, British Columbia also has very many nephrite samples, notably at Lillooet and Mount Ogden. The American states of California and Wyoming also contain quite a number of pebbles of nephrite, carried by the rivers. Finally, let us mention the exceptional deposit of Alibert, near Irkutsk, in Siberia, where white to pale green nephrite is known in place, in masses of considerable size.

Nephrite is not present in the French underground.

Although the two materials are known as jade, there are very important differences between them. Jadeite is much rarer than nephrite, so it costs much more. Nephrite generally sells for a few euros per piece, while jadeite can sell for between several hundred and even tens of thousands of euros per piece. Another difference is the color. The best green of jadeite does not exist in nephrite. Instead, the greens of nephrite are more toned down, darker and less saturated. Like jadeite, nephrite is often streaked or spotted. In addition to green, nephrite can be yellow, red, brown, white, gray, black and even sometimes blue. The beautiful earthy colors of nephrite combined with its tenacity make it an ideal stone for carving. White is traditionally the most popular color, and was once reserved for royalty.

Nephrite is not synthesized because it is an abundant and inexpensive mineral. On the other hand, it can easily be confused with all the jadeite substitutes : maw sit sit, serpentine, chrysoprase, vesuvianite, etc... See the fact sheet on jadeite. Green tinted quartzite can also look like nephrite.