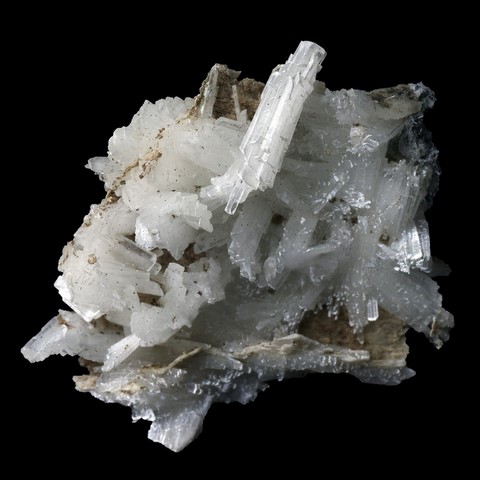 Pectolite forms an isomorphic series with serandite, its manganiferous equivalent, the intermediate terms being called schizolite. It owes its name to the Greek pêktos (compact) and lithos (stone) in reference to its structure. It is a late mineral of nepheline syenites, also common in the cavities of basalts and dolerites where it accompanies zeolites. Pectolite is also known in serpentinites and peridotites of ophiolitic complexes ; it is frequently associated with prehnite, datolite and different zeolites. Pectolite commonly occurs as acicular crystals (up to 15 cm), rarely completed and grouped into radiated bundles or fibroradiated urchins. Large prismatic crystals are much rarer. Its luster is pearly to vitreous, it is mostly colorless to white, sometimes gray, greenish or yellowish, it is called larimar when it is blue and massive. This last blue variety is very appreciated in jewelery and is exclusively extracted from Dominican Republic. Finally, compact white pectolite was used as materials for the manufacture of weapons of war by Alaskan Thlinkit Indians. 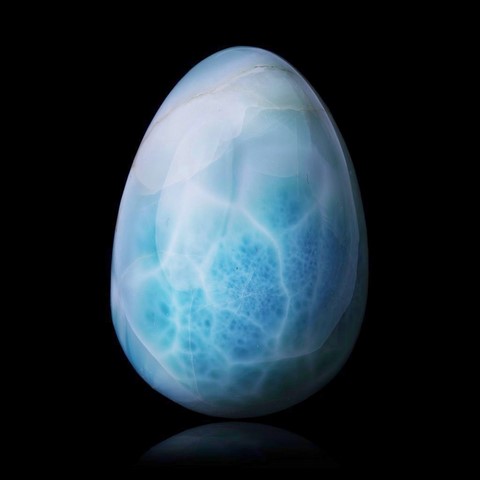 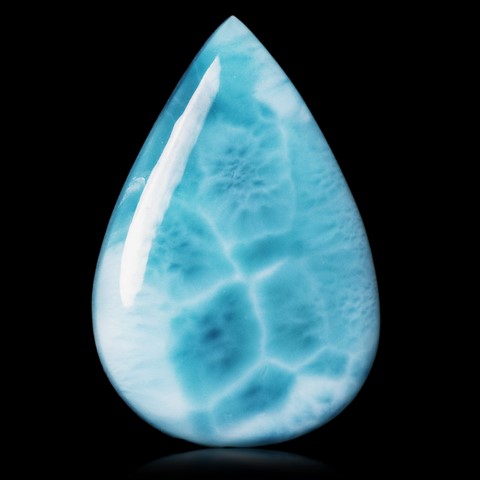 Larimar of 25,50 ct of Dominican Republic 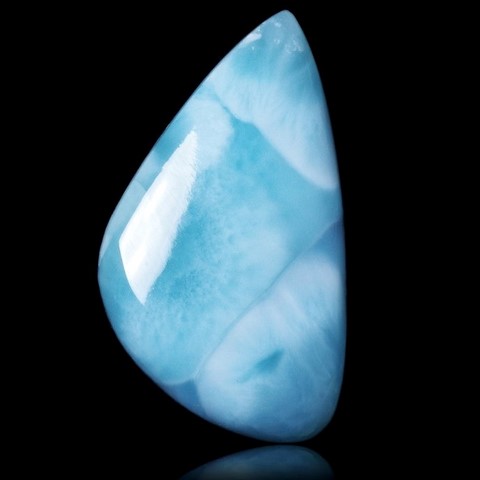 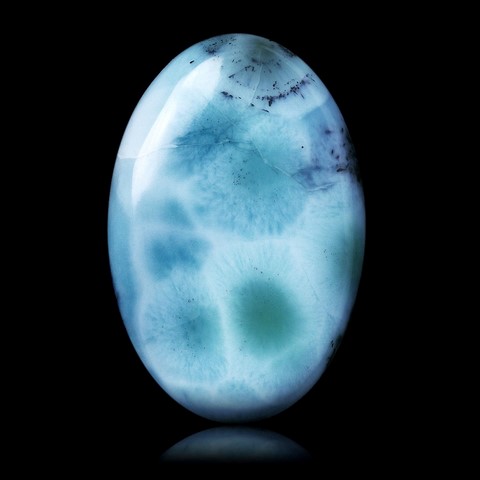 Larimar of 20,06 ct of Dominican Republic

Pectolite in the World

The best pectolite crystals come from Quebec : from the Jeffrey mine near Abestos where magnificent tabular to acicular crystals of 2 cm are frequently grouped in "bow tie" (main photo). Mont St-Hilaire has also produced exceptional crystals sometimes reaching 15 cm ! The Paterson quarry (New Jersey) is famous for its spherical aggregates with a fibro-radiated texture up to 8 cm in diameter with calcite and prehnite. Beautiful radishes were extracted from Scottish zeolite basalts (Lendalfoot, Ratho, Isle of Skye). Finally, the blue variety called Larimar is found only in the Dominican Republic in the Province of Barahona where masses of several kilos have been extracted in weathered volcanic rocks.

In France, pectolite is reported in micro-crystals at the Trapp quarry near Raon-l'Etape in the Vosges and St-Nabor in the Bas-Rhin. 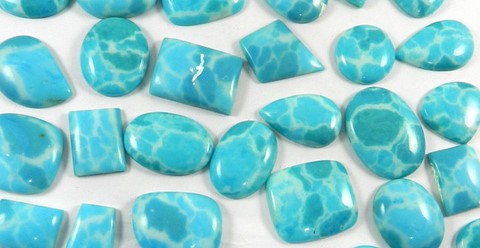 There is currently an imitation of the larimar on the market, which is often called "synthetic larimar" or "Chinese larimar" but which can also be sold as natural. This blue stone is actually a totally manufactured resin that is found mainly in the Indian and Chinese markets, and has rough patches of different shades of blue (photo on the left).