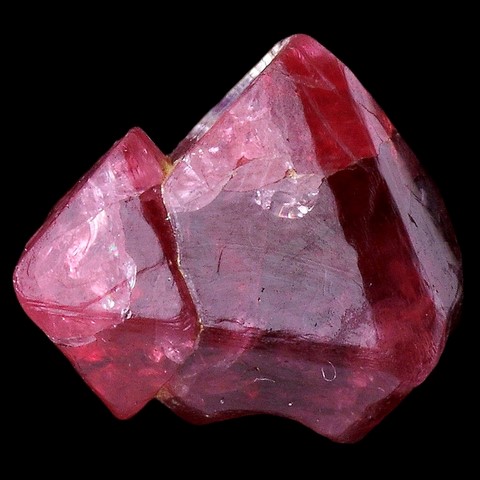 Spinel is the most common mineral in the group of the same name. It is a so-called "normal" spinel, the bivalent ions being all in tetrahedral sites. It forms two continuous series : one towards the term iron (hercynite) and the other towards the term zinciferous (gahnite). Spinel is a reaction product of aluminous intrusive rocks in contact with magnesian hosts (basic rocks or more frequently dolomitic rocks) ; it is mainly found in marbles and metamorphic limestones, more rarely in basic rock pegmatoids, with diopside, calcite and phlogopite. The origin of its name is uncertain, perhaps from the Latin spina (thorn) due to the frequent octahedral shape of its crystals or from the Greek spinos (spark) in reference to the vibrant colors of its varieties used in jewelry. The spinel is of variable color : black, pink, red, blue, yellow and possesses a strong hardness (8 on the Mohs scale). It forms octahedral crystals sometimes of decimetric size. Spinel has few industrial uses. Its colorful gem varieties are used in jewelry, mainly its red variety formerly called "Balian ruby" (from the name of the island of Bali, where its trade took place). 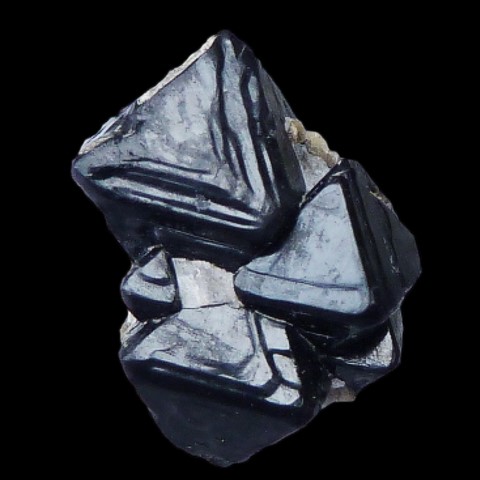 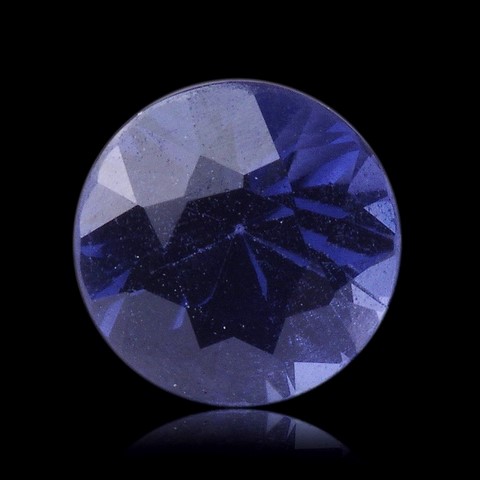 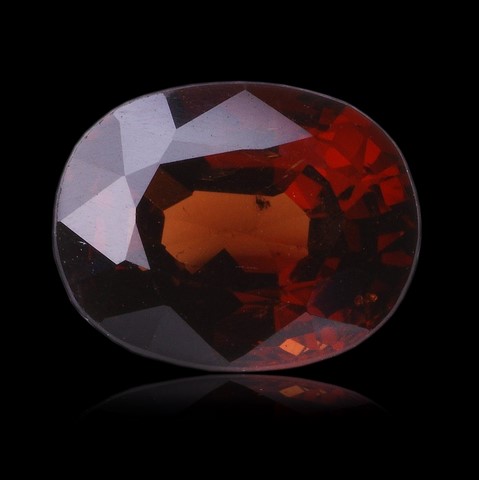 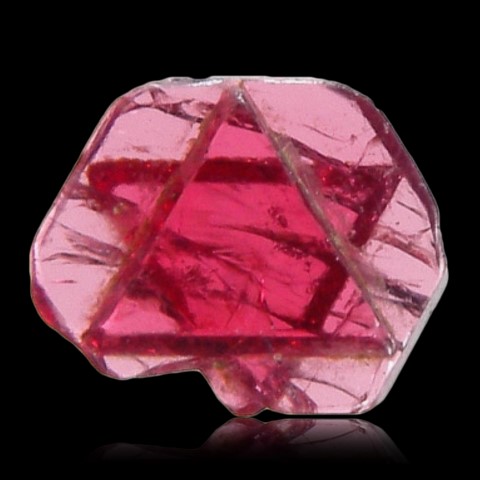 Spinel in the World

The occurrences of this common mineral are extremely numerous. Among the most famous localities we must mention Sterling Hill (New Jersey), for its superb octahedra with 12 cm edge, Amity (New York) and Franklin (New Jersey) for their large crystals of more than 50 kg. The Ambatomainly deposit in Madagascar is known for its very abundant dark green octahedra, while the 30 cm crystals of the Aldan massif (Sakha, Russia) are among the largest known specimens. The alluviums of Mogok (Myanmar) and Ratnapura (Sri Lanka) provide gemmy specimens, and the Hunza Valley (Pakistan) pink to red octahedra extracted from cipolins.

In France, we find spinel in the volcanic rocks of Auvergne and in the alluvial deposits which are associated with their erosion.

The spinel twinning is common on {111} (so-called spinel twin law). The repetition of this twinning can generate in exceptional cases crystals with order 6 geometry with a Star of David motif but also wheels (cyclic twinning). 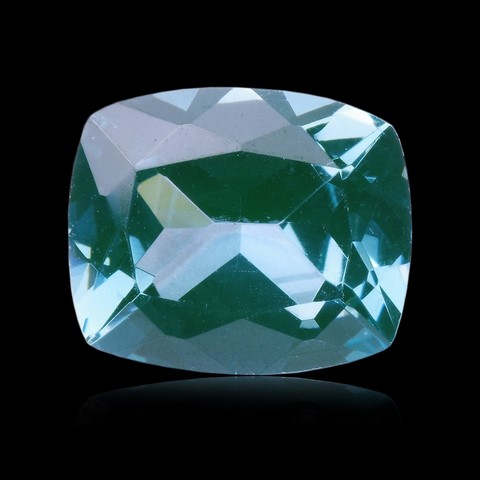 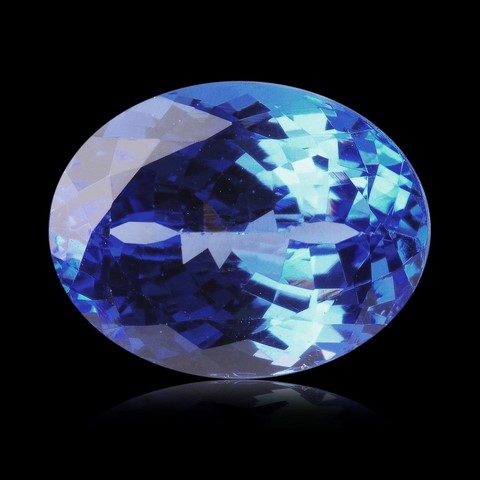 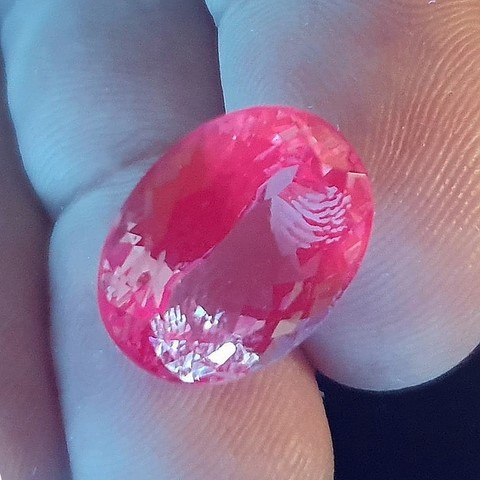 Spinel is a mineral synthesized for a very long time. Synthetic spinel has approximately the same chemical composition and the same crystal structure as natural spinel. Researchers attempting to produce synthetic blue sapphire inadvertently created synthetic blue spinel in the early 20th century. Since then, synthetic spinel has been widely used as a substitute for sapphire, zircon, aquamarine, peridot and other natural gems. These blue spinels are strongly fluorescent in red under long wave UV and in blue under short wave, which makes them easily identifiable.

In the 1990's, a new synthetic Russian-made spinel produced in flux was introduced in a wide range of colors, including red, a color that was not widely available through the Verneuil process more former.

Synthetic spinels have the same inclusions as synthetic rubies, namely curved growth lines and gas bubbles for those resulting from the Verneuil process and "wispy veils" as well as potential inclusions of gold or platinum for those from the flux process. We invite you to read the ruby page for more informations.

Regarding the crystals, the perfect octahedra without matrix and with a high transparency are potentially synthetic and resulting from the flux method (the Verneuil process not producing octahedral crystals but elongated boules). Overly perfect cluster of large crystals are suspect and require special attention.