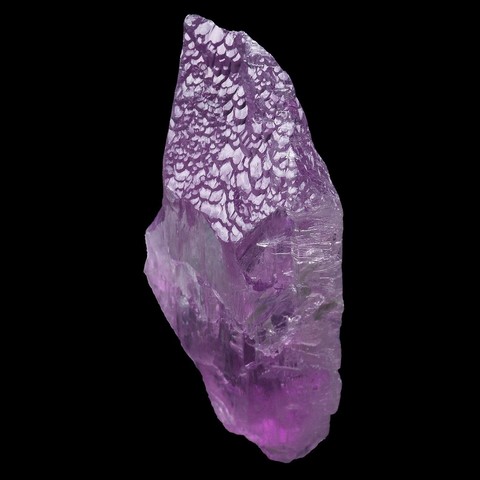 Spodumene is the pyroxene of sodium and lithium pegmatites (sodolithic pegmatites). It has two particularly rare gemstone varieties : very pale green hiddenite (linked to traces of chromium) and pale pink kunzite (linked to traces of manganese). It owes its name to the Greek spodios (ashy) in allusion to the color of the mineral when heated. The crystals are generally elongated and flattened prismatic, with striated faces parallel to the elongation, commonly twinned ; spodumene also occurs in compact cryptocrystalline masses. Of vitreous luster, with a perfect cleavage according to (110), its color is variable, white, grayish, greenish. The transparent gemmy varieties are lilac pink (kunzite variety) or much rarer green to emerald green (hiddenite variety). Spodumene is an important ore of lithium, a light metal that finds applications in the manufacture of lubricants, as a flux in the aluminum industry, in ceramics, batteries as well as air conditioning. Varieties of gems, pale pink kunzite and green hiddenite were used in jewelry. 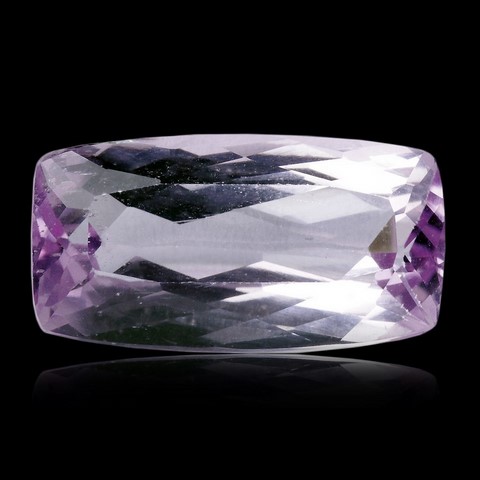 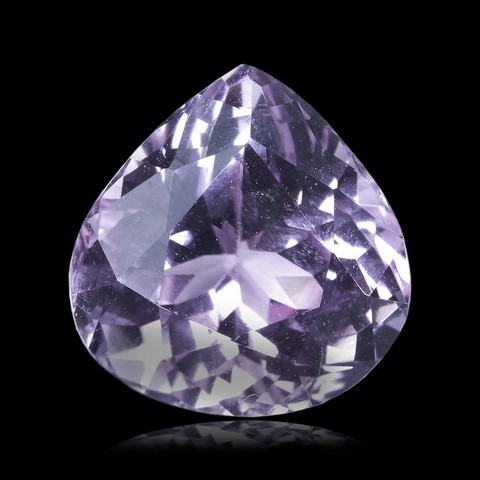 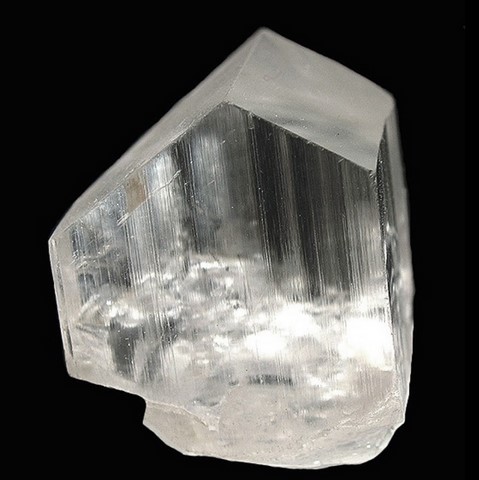 Spodumene in the World

Spodumene crystals can be gigantic : over 10 meters for 90 tonnes in pegmatites from the Etta mine, near Keystone (South Dakota), and at Norwich (Massachusetts). In addition to these deposits of stony crystals, large crystals (more than 2 meters) were mined from the Harding mine, near Dixon, New Mexico. Extraordinary spodumene crystals also come from the Pala Chief mine in California, where crystals of the kunzite variety are up to 25 cm in length. Brazilian pegmatites from Minas Gerais (Urupuca - gems over 7 kg, and Corrego do Urucum). Clear crystals exceeding one meter, sometimes gemmy, come from pegmatites from Nuristan (Afghanistan).
Hiddenite is much rarer, known almost only from the pegmatite veins of California (Pala) and Stony Point, near Hiddenite (South Carolina). Large crystals were also taken out of Malagasy pegmatites.

In France, spodumene is reported as microcrystals in the Gwernavalou quarry near Guingamp (Côtes-d'Armor). 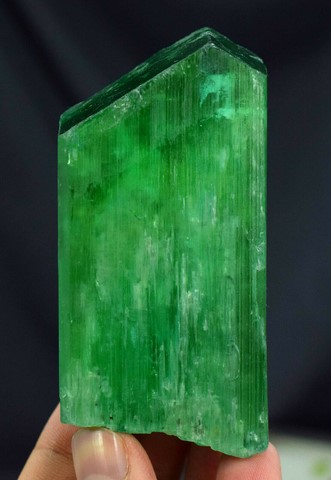 No false recorded for this mineral species. In contrast, gemmy varieties are commonly treated to produce yellow to green tints. Irradiation of spodumene produces an orange to yellow-greenish color, these colors have not been described in Nature to date. When a kunzite is irradiated it produces an unstable light green to intense green hue (picture on the right) which fades when exposed to sunlight or gentle heating. The establishment of the systematic irradiation of American mail to counter attacks using envelopes contaminated with anthrax after the attacks of September 11, 2001 led to the involuntary color change of many kunzites passing through the postal service.