What is twinning in mineralogy ?

A twin is the association of two or more crystals of the same species joined together according to well-defined rules of symmetry. It can be single or multiple (polysynthetic twins of plagioclases), and be carried out by coupling along one side or by interpenetration of crystals (Carlsbad twin of orthoclase, for example). The so-called "mechanical" twins have a different meaning : they are due to deformations.
Twinned crystals are easily identified by the presence of re-entrant angles, kinds of notches formed by the crystal faces of two integral crystals, non-existent in single crystals. In the absence of re-entrant angles and of possibilities of observation under a microscope, variations of shards along parallel bands often reflect the existence of joined lamellar crystals.
A twin is said to be simple when two crystals are associated, multiple when several crystals are involved and twinned according to the same rule (3, 4, 6, 8, sometimes more...). 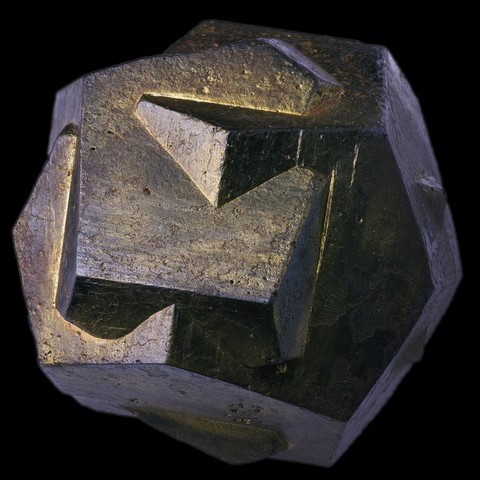 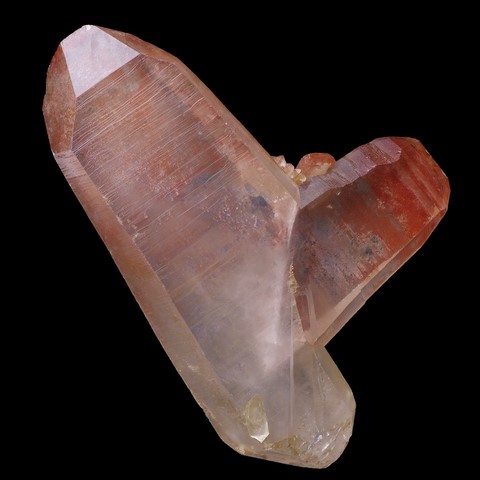 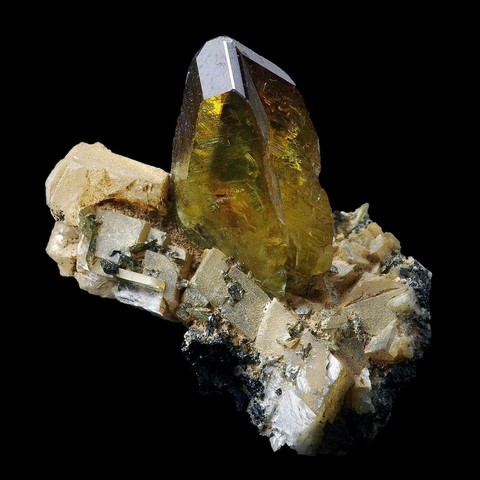 Twinned titanite from Pakistan
There are usually two types of twins : by adjoining and by interpenetration, although the distinction is not always easy.

Twinning by adjoining :
In the adjoining twinning or contact twinning, the crystals are simply assembled along a flat surface, the joining plane (or composition plane), which very often (but not always) merges with the twin plane.
In order to express the fact that a twin plane or a composition plane can develop on all the equivalent crystallographic planes of a crystal and not only on the observation plane (hkl), these planes are by convention noted between braces {hkl}. The "tin beak" of cassiterite is an example of a simple twin by adjoining. The twin plane is, with rare exceptions, parallel to a crystalline face (real or possible), among the most common of the mineral species.
Twinning by interpenetration :
In the twin by interpenetration, the crystals interpenetrate and the plane of attachment is arbitrary. The twin plane is more rarely defined and the twin usually characterized by its axis. The staurolite cross twin, for example, is a simple twin by interpenetration.
Twinned crystals are very frequently in an inverted position with respect to each other, a distinct peculiar arrangement in multiple (or repeated) twinning. The polysynthetic twins of plagioclases, in which the successive lamellar crystals are parallel and assembled alternately in normal and reverse positions, constitute a particular case of a multiple twin.
In other cases of multiple twins, the crystals are assembled by adjoining or interpenetration in inverted but not parallel positions. This device allows the formation of so-called "cyclic" complex twins because they are identical to themselves by rotation about an axis. This generic term groups twins in wheel (rutile, etc...), in cross (staurolite, etc...), in star (chrysoberyl, cerussite, etc...); the terms of "trilling", "fivelings", "sixlings", "eightlings", etc... specify the number (3, 5, 6, 8 or more) of crystals involved in the twin. The twins can create even more complex, sub-isometric figures, as in the phillipsite. The twinned crystals then have a higher apparent symmetry than the individual crystals.
Complex crystal forms such as dendrites are not twins but groups (or aggregates) resulting from the incomplete growth of crystals along defined crystallographic axes ; however, they are sometimes considered to be multiple twins and remain particularly common in minerals of the cubic system (copper, silver, gold).
The different crystal systems have certain types of twinning that are specific to them : albite or pericline twin for triclinic crystals, spinel twin law for cubic crystals, etc... 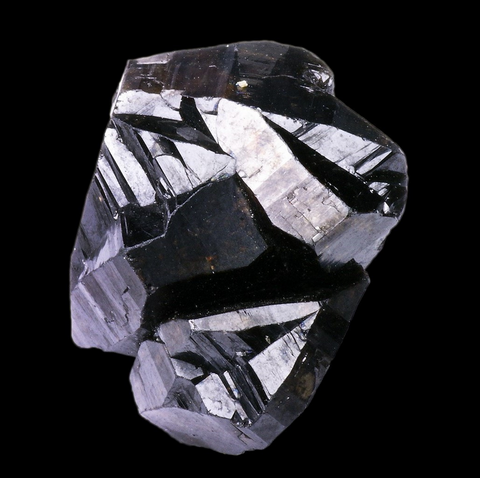 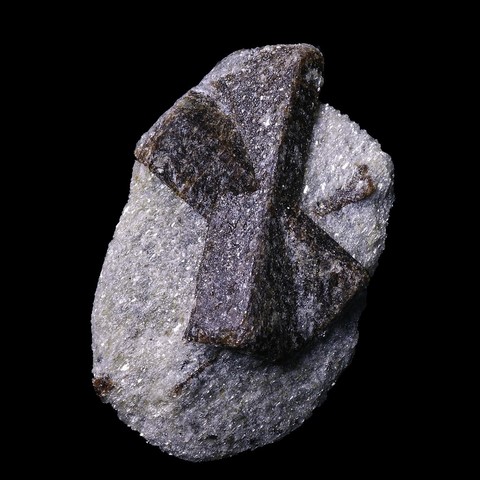 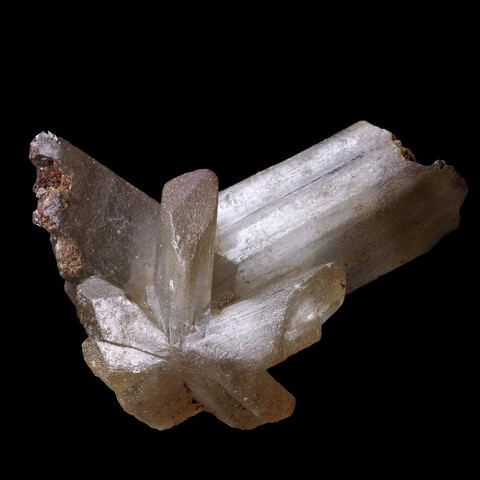