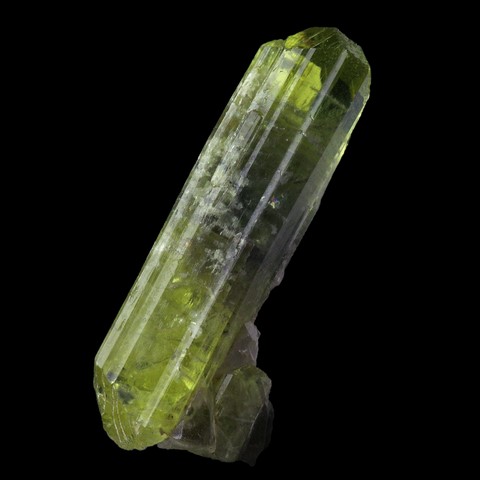 Chrysoberyl is a mineral typical of pegmatitic and aplitic veins, more rarely mica-schists. Unalterable, it is also found in alluvium. Its name comes from the Greek khrusos (gold) for its color and berullos (beryl) for its composition. It is generally well crystallized, in flattened, ridged tabular prisms ; the twins are almost constant, giving characteristic buildings in "V", or wheels of hexagonal appearance (cyclic twins). Chrysoberyl is transparent, yellow-green to green in color with a strong luster. Chrysoberyl has two gem varieties : alexandrite, with a strong dichroism dark green bronze in daylight to purplish red under incandescent lighting, and cat's eye, which presents a strong asterism, due to oriented acicular inclusions. Chrysoberyl is very widely cut for jewelry, the alexandrite variety is particularly sought after for its color-change, it is also particularly expensive. 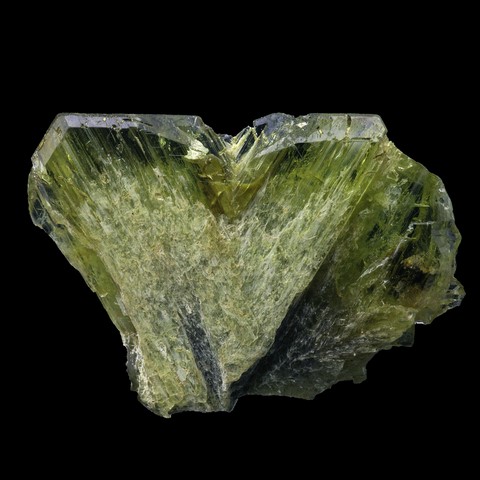 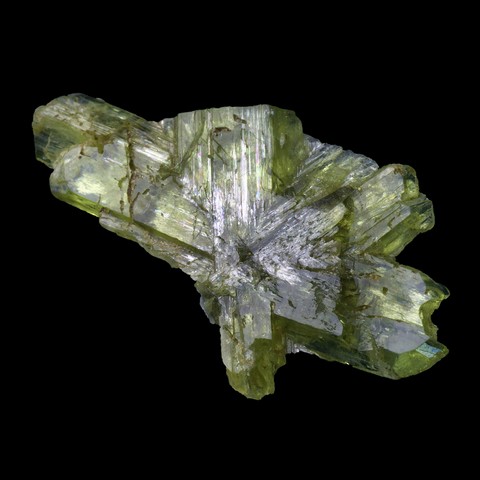 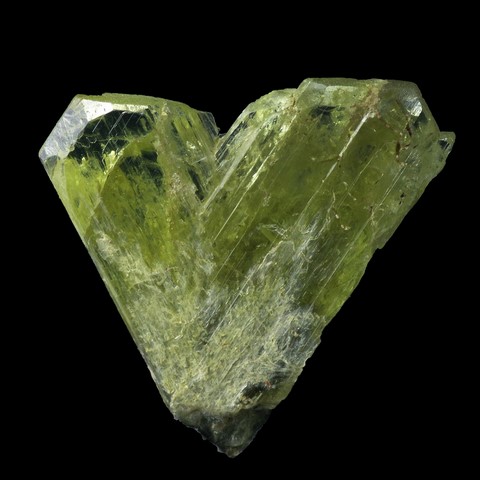 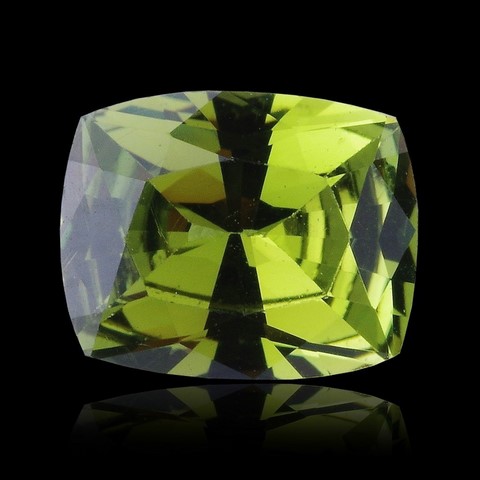 Chrysoberyl in the World

In France, chrysoberyl is only present anecdotally in the pegmatites of the Massif des Albères (Pyrenees) as well as in the alluvium of the Breton beaches of Pointe du Bile (Morbihan). 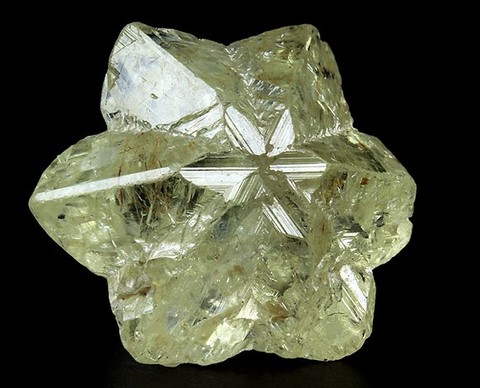 Chrysoberyl is almost systematically twinned on {130}, the twin is frequently repeated and forming pseudohexagonal crystals with or without re-entrant angles (photo on the right). The twin can also appear as a flattened heart.

Chrysoberyl and more particularly synthetic alexandrites are produced according to the Czochralski method also known under the name of "pulling". Another so-called "floating-zone" method, developed in 1964 by an Armenian scientist Khachatur Saakovich Bagdasarov was widely used to make white YAGs for lighting spaceships and submarines, before the process found its way into the production of jewelry. Floating-zone synthesized alexandrite crystals tend to have less color intensity than crystals grown by the Czochralski method.

Synthetic alexandrites can also be produced by flux (a more expensive method) where nutrients are dissolved by chemicals in a gold or platinum crucible and then heated to high temperature. Platinum crystals may still be visible as inclusions in the gemstone as well as volutes of flux. Some stones contain parallel groups of negative crystals. Due to the high cost of this process, it is no longer used commercially for chrysoberyl.