What is asterism in gemology ? 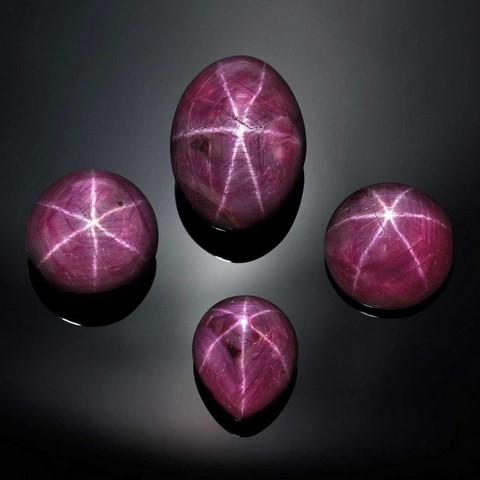 Some crystals show fibrous mineral micro-inclusions oriented along preferred crystallographic axes. The reflection of a light beam on these inclusions produces the appearance of a bright star : this is asterism. Each line of inclusions reflects the beam in the two opposite directions perpendicular to the elongation of the microfibers. This phenomenon is exacerbated by the domed cabochon cut. Asterism is a special case of chatoyancy.
This phenomenon is particularly famous in certain varieties of ruby or sapphire, then called "star". It is linked to the presence of fine rutile needle. The Bombay star is a 99 carat star sapphire discovered in Sri Lanka and kept at the Smithsonian Institute in Washington. This phenomenon can exist in many mineral species with oriented inclusions :
- sapphire and ruby (6 ray star, exceptionally 12 if inclusions of rutile and hematite)
- rose quartz (6 ray star)
- garnet (4 ray star, sometimes 6)
- diopside (4 ray star)
- spinel (4 ray star, sometimes 6)
- Moonstone (4 ray star)
- chrysoberyl (rare 4 ray star)
- tanzanite (rare 4 ray star)
[...]
Please note that controlled and slow heating and cooling of natural or synthetic sapphire and ruby can also generate an asterism. 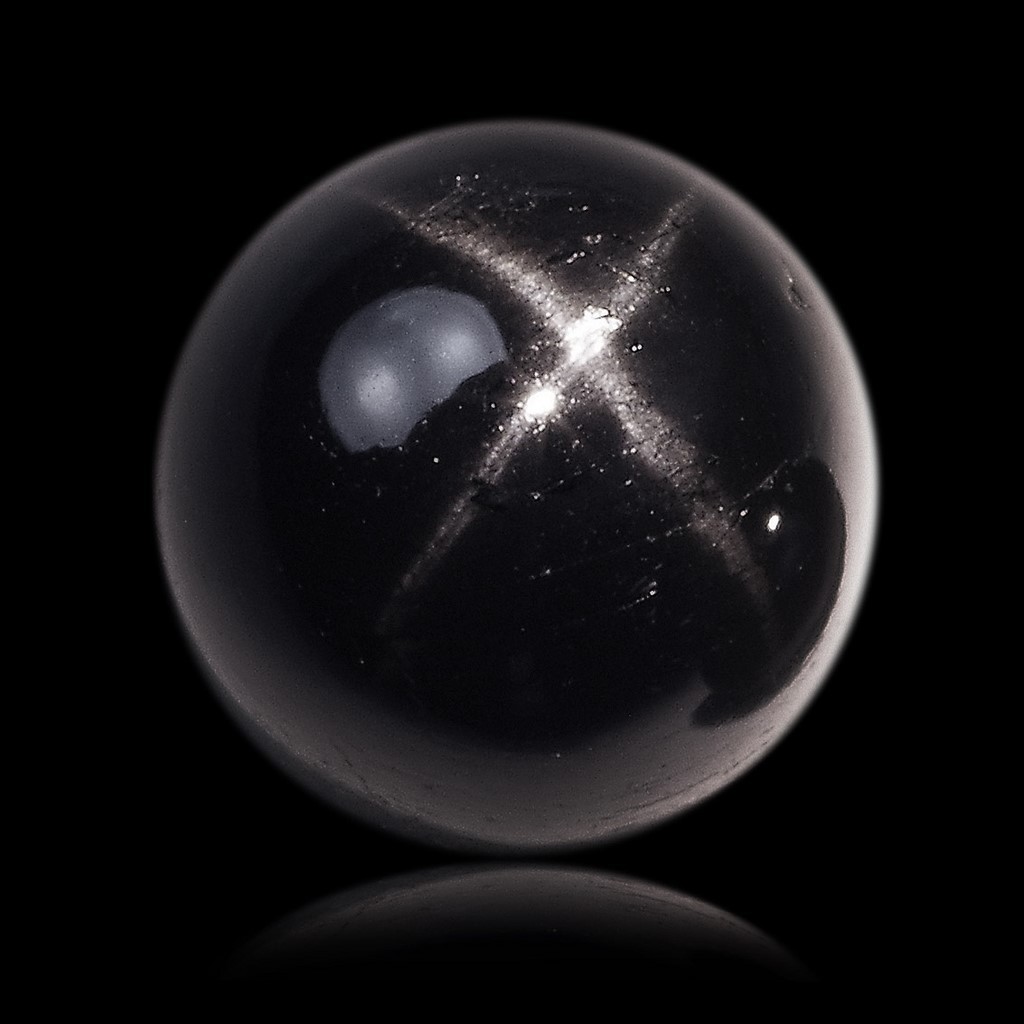 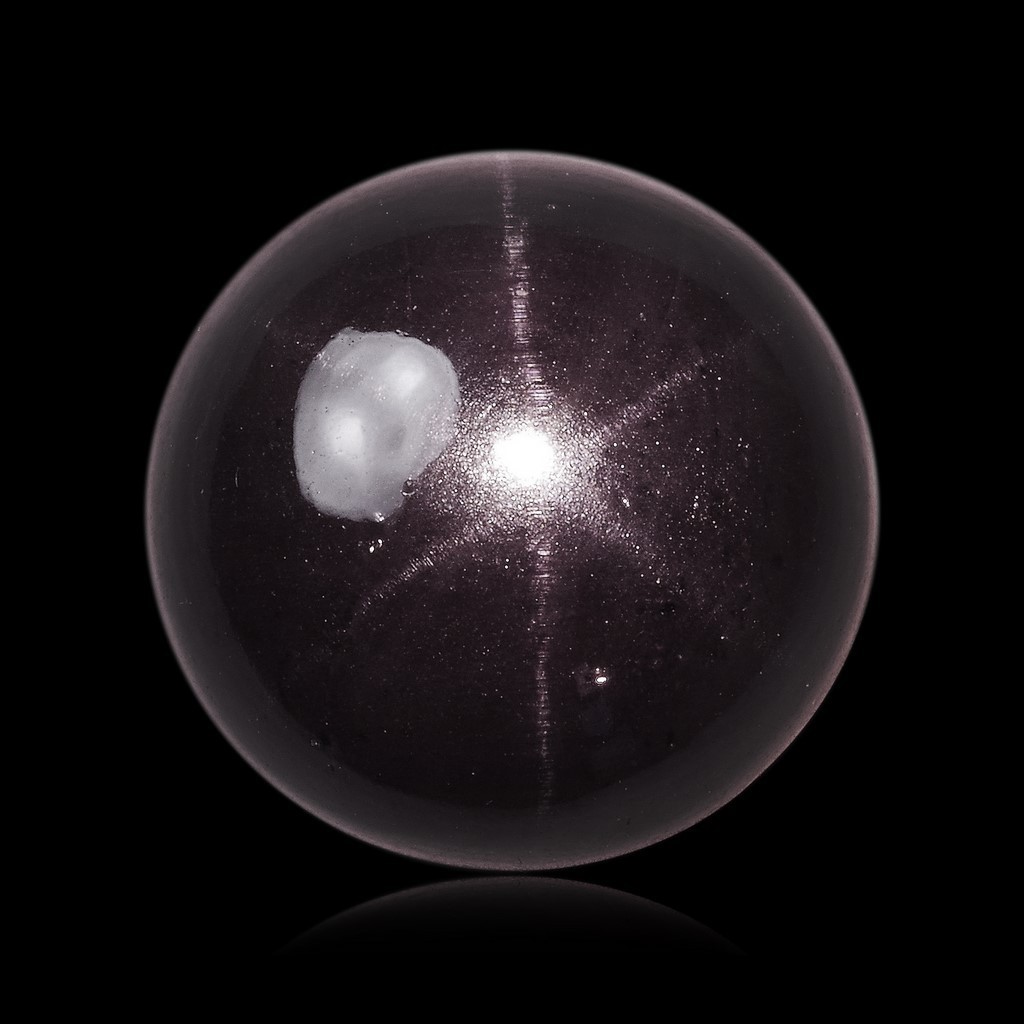 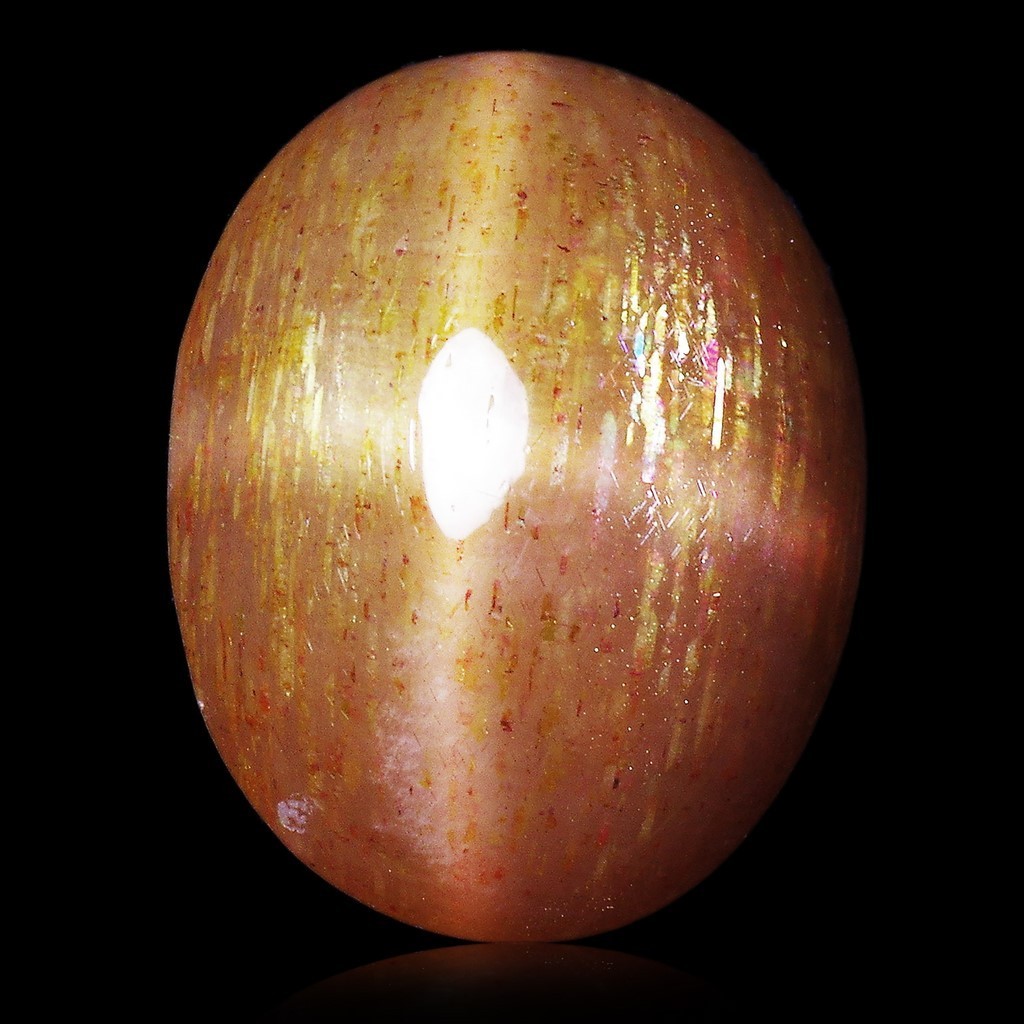 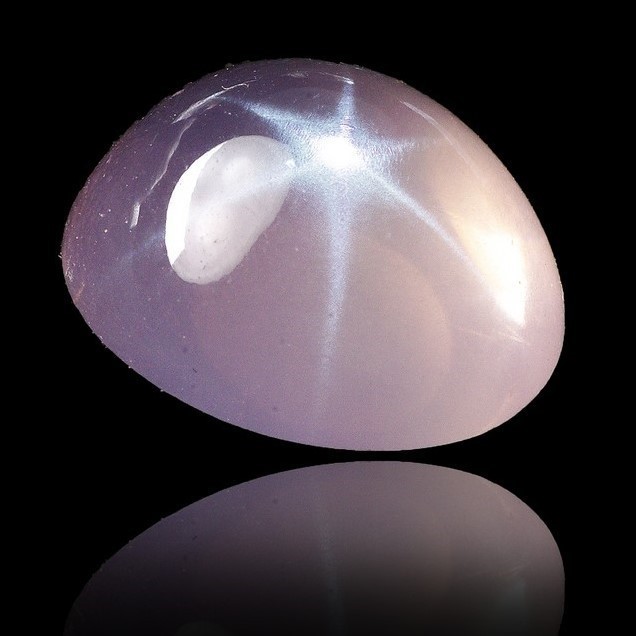 Star rose quartz
Back to summary