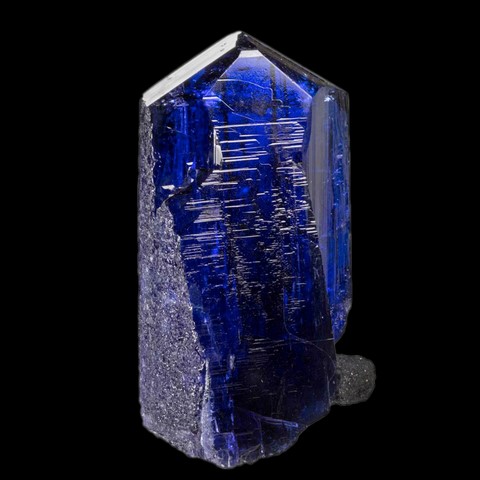 Tanzanite is the transparent and gemmy variety of zoisite, a mineral from the epidote group, which has an extraordinary purplish blue color and a pronounced trichroism ranging from blue to purple and gray-green. In 1967, a member of a Masai tribe came across a cluster of very transparent and intense blue crystals that survived erosion in Merelani, a region in northern Tanzania. He immediately alerted a local gem hunter named Manuel d'Souza, who quickly registered four mining requests. D’Souza hoped to have discovered a new sapphire deposit. Instead, the deposit contained one of the most coveted recent gems in the world. In a short time, 90 other operating requests appeared in the same area. No one was sure what the beautiful crystals were, but everyone wanted to extract it. The new gem will eventually be known as "tanzanite" and will sometimes rival ruby, sapphire and emerald in popularity. The discovery also caused unrest in gemological circles. The best gemologists around the world have started to study the new material. In 1969, they identified blue crystals as a new transparent variety of zoisite. Until then, zoisite was only known in its opaque green form, common in ornamental sculptures but not in jewelry. Interest in the blue gem was immediate. Tiffany & Co intervened to promote the new gem and gave it a name as exotic as its African origin "tanzanite". Tanzania is today the only known deposit for this variety. Tanzanite is found only in moderately metamorphic formations in the Merelani Hills, near Arusha, in compact mass but also in prismatic crystals up to 15 cm in length. It is associated with green diopside and graphite. Untreated, tanzanite is usually brownish. The heat treatment is what reveals its attractive pleochroic and purple blues. The blue crystals originally discovered by the Masai tribe member were an exception, they had probably been exposed to a source of natural heat. The Arusha area is a volcanic area of the East African rift, overlooked by one of the most atypical active volcanoes on the planet : Ol Doinyo Lengaï, but also by Kilimanjaro. In addition to its significant use in jewelry (both in cabochons for translucent specimens and in transparent gemtones), well-formed and colored crystals are highly sought after by mineral collectors. 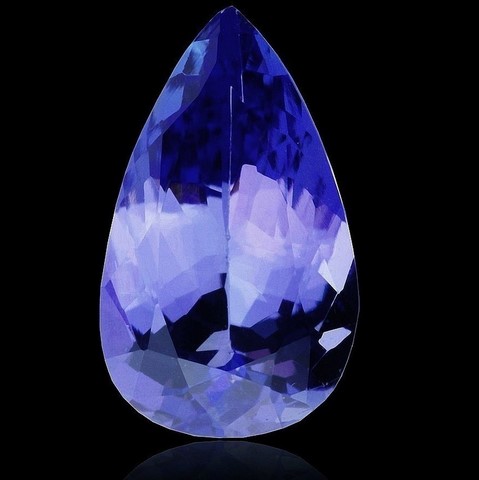 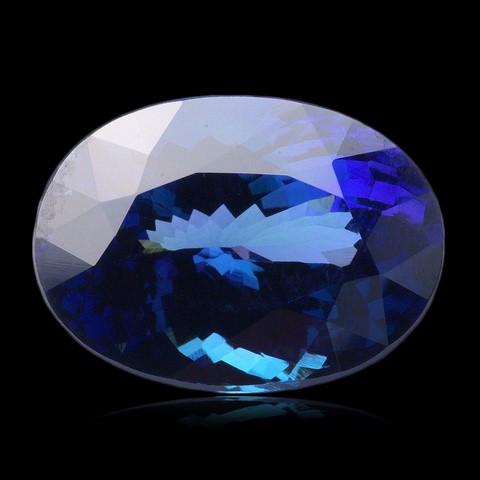 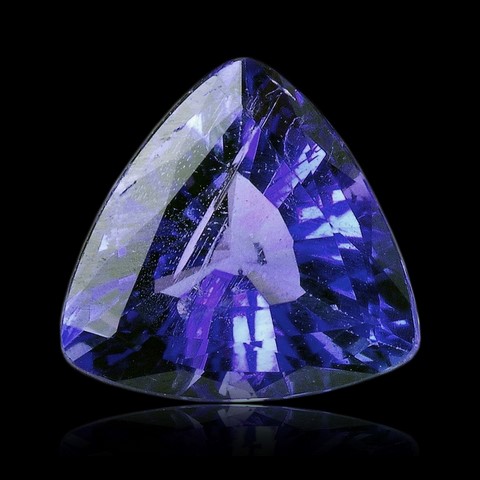 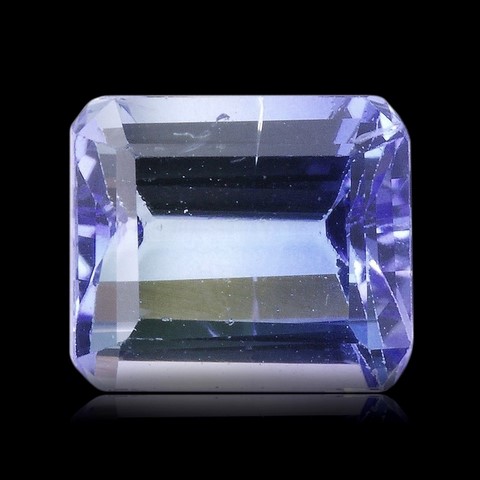 Tanzanite in the World 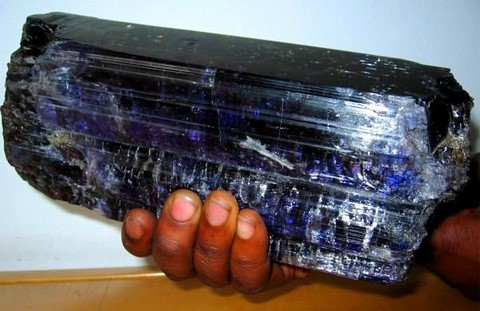 Tanzanite is only known in Merelani Hills, in the Arusha area in Tanzania, at the level of the East African rift near Lengaï and Kilimanjaro volcanoes. The largest known crystal was called "Le Mawenzi", it was discovered in 2005 and the crystal weighed 16,839 carats (3.37 kg) for 22 cm (Right photo © TanzaniteOne). Perfectly terminated gemmy quality crystals over 10 cm in size are also known.

Tanzanite is not present in the French underground.

No twinning known for this mineral species.

Untreated, tanzanite is usually brownish. It is the heating which reveals its blue color. About 95% of the blue tanzanites of the market today owe their color to this heat treatment. When tanzanite is heated between 600°C and 650°C, its brownish color becomes uniform blue. This is due to a change in the valence of the vanadium present in trace amounts in tanzanite. Since the resulting color is more uniform from many angles, it is not surprising that tanzanite is systematically heated to attenuate its pleochroic colors brown, yellow or green. Greenish-bluish to greenish-brown stones can turn saturated blue with only a touch of green remaining. This treatment is impossible to detect because natural blue tanzanites are also heated but by volcanism... All blue tanzanites must therefore be sold as "supposed to be heated".