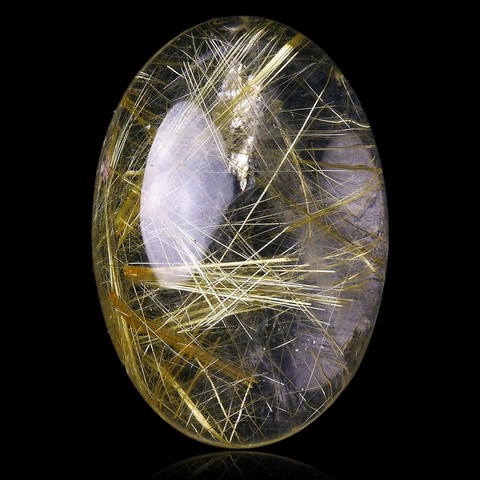 Rutile is the most common of titanium minerals and the most stable form of TiO2. It is the tetragonal polymorph of anatase and brookite, which can contain large quantities of niobium, tantalum and iron. It owes its name to the Latin rutilus (reddish) in reference to its most common color. It is formed at high temperatures in various rocks. It is common in long fluted crystals in some metamorphic rocks (quartzites, cipolins, amphibolitic gneisses, amphibolites and pegmatites). Rutile is also a frequent accessory mineral, often microscopic, granitoids, alkaline rocks and basic rocks with biotite and pyroxene. It is found in sometimes huge large crystals (more than 10 cm) in apatite pegmatites, skarns and pneumatolytic veins. The alpine fissures have also provided beautiful mineralogical specimens. Reddish brown to red (fine crystals), sometimes yellow to red (acicular crystals), it frequently forms crystals, squat to elongate and acicular to [001] with striations on prism faces. It is an unalterable mineral that can concentrate in alluvium and form true placers, one of the main sources of titanium. Rutile crystals are sometimes an appreciated gemstone, as well as the hair of Venus, transparent quartz showing inclusions of fine golden rutilated needles. Titanium is in great demand in aeronautics as pure metal and alloys thanks to its excellent strength / weight ratio and its high resistance to corrosion ; it is used in the composition of the cabin of most airplanes and space vehicles. Another part of titanium goes into the chemical industries where it is transformed into titanium oxide, a white pigment that now replaces leaded paints. 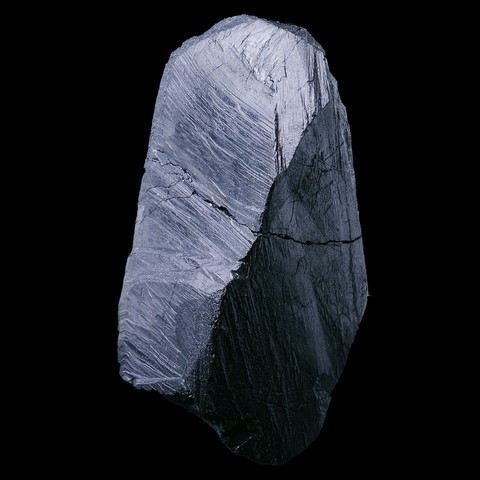 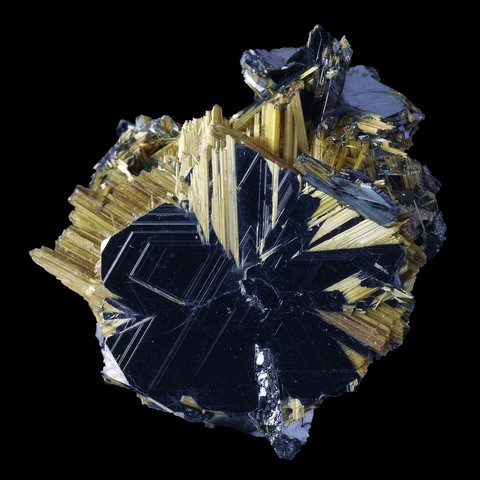 Rutile in epitaxy on ilmenite from Novo Horizonte, Brazil 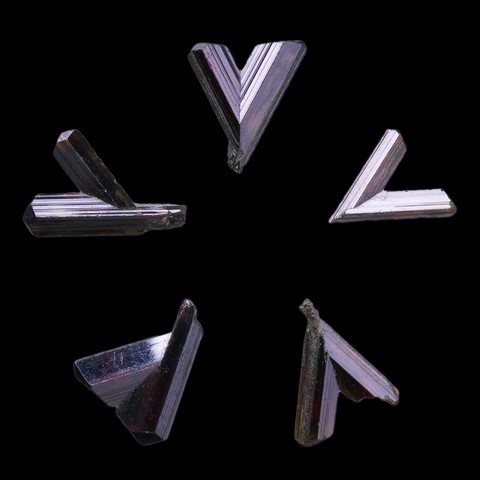 Rutile in the World

Numerous localities that have provided superb rutile crystals are known throughout the world. The largest crystals (up to 40 cm), very bright, almost black in color, associated with lazulite and kyanite in a quartzite come from Graves Mountains (Georgia, USA). Extraordinary twinned crystals exceeding 10 cm are from Cerrado Frio (Minas Gerais, Brazil) and Conquista (Bahia, Brazil). Stunning smaller crystals (3 cm) are known from the quartzites of Champion Mine (California) and Kragerö pegmatites (Norway). The Swiss and Italian alpine fissures regularly deliver brilliant centimeter crystals with perfect shapes, sometimes in epitaxy on hematite as in Cavradi (Switzerland). 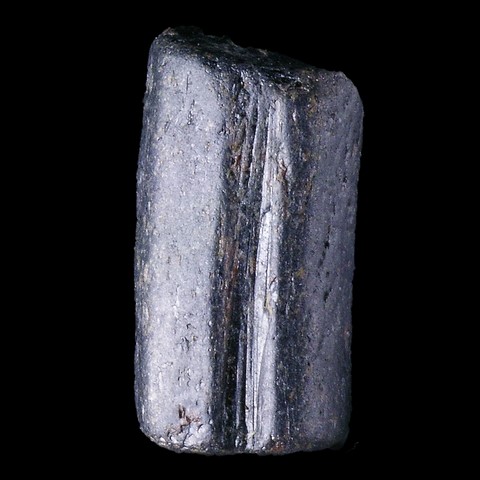 In France, good rutile crystals come from the island of Groix (Morbihan), Concarneau (Finistère) and St-Yrieix (Haute-Vienne) ; all are in a metamorphic environment of gneiss or micashists.

On the right, a picture of a rutile crystal from Saint-Yrieix-la-Perche, Haute-Vienne, France.

The rutile is very often twinned (cyclic twinning as in the picture on the right or in V twinning).

It is also found in an epitaxial association with hematite (variety rich in titanium : ilmenite) to sometimes form beautiful 6-rays-stars sometimes up to 10 cm. 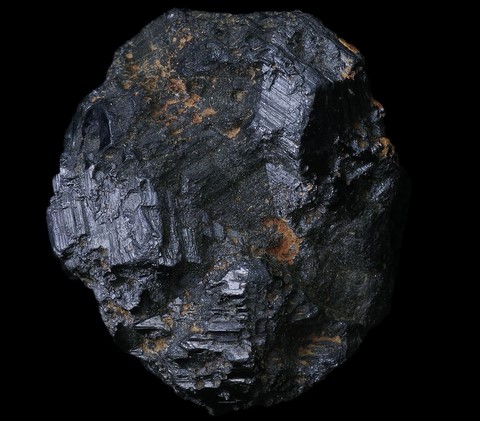