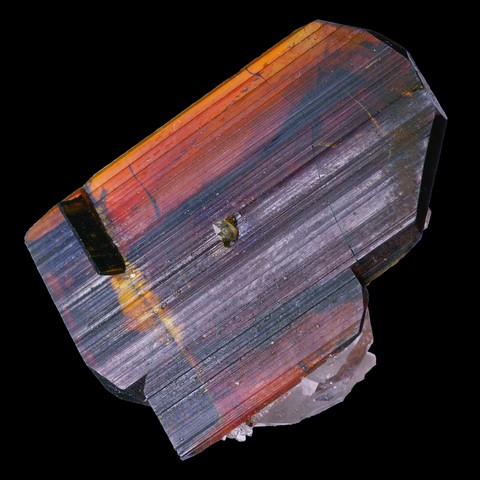 Brookite is an accessory mineral that is typically found in the fissures of alpine-type gneisses and shales. It is also found in contact metamorphism zones, hydrothermal veins and is commonly found in alluvium. It is the rarest polymorph of TiO2, the other two being rutile and anatase. It owes its name to the English mineralogist and crystallographer Henry James Brooke. The brookite is presented in centimetric lamellar crystals, strongly striated according to the elongation, much more rarely in prisms with vertically striated faces, terminated by pyramids. The brookite is transparent to opaque, of adamantine to metallic luster, and of yellow, brown-yellow, brown or black color. It is a mineral appreciated by collectors, some rare crystals have been cut as a gemstone. 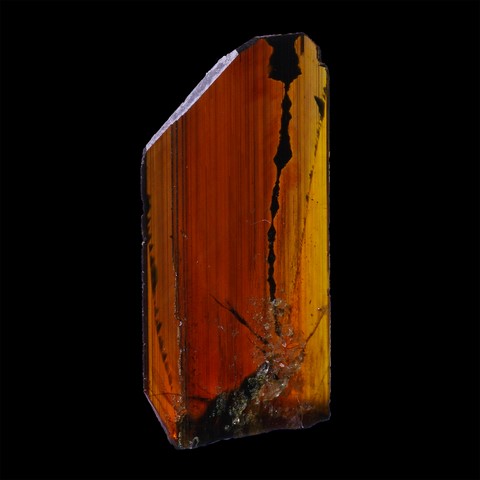 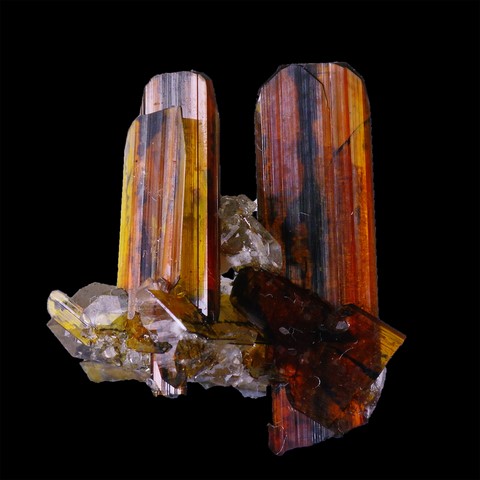 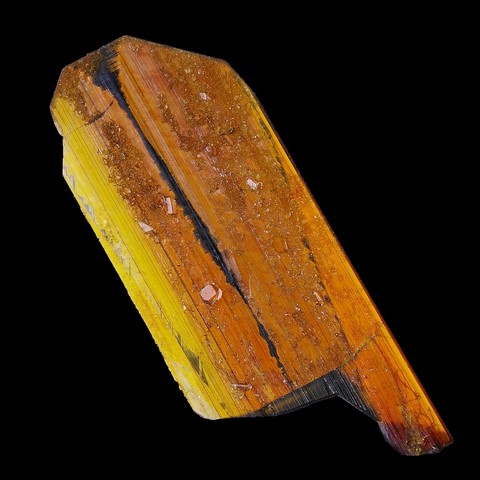 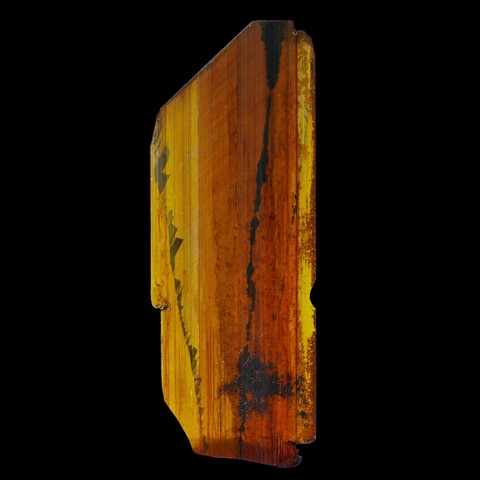 Brookite in the World

The most beautiful crystals come from the Alpine cleft. Vorderen Eichamspitze, in Austrian Tyrol, delivered 7 cm lamellar crystals, the largest known ; the most spectacular, 4 cm thick crystals on quartz or adularia, being those of Finhaut (Switzerland). Many other alpine cleft sites have also delivered remarkable specimens (Amsteg, Crapteig, etc...). The Himalayan alpine fissures have provided, in particular in Pakistan (Kharan district) transparent blades of more than 5 cm, sometimes floating. A more original deposit is that of the basic pegmatoid from Magnet Cove (Arkansas), which delivered stocky prisms ending in 15 mm pyramids, partially transformed into rutile ("arkansite" variety).

In France, the Plan du Lac crystals (Isère) exceptionally reach 5 cm, however what is generally observed does not exceed one centimeter... while the Aiguille des Glaciers needles (Mont-Blanc) are famous for its acicular crystals of 3 cm.

No fake inventories for this mineral species, possible assemblies and re-bonding on certain pieces of Pakistan.