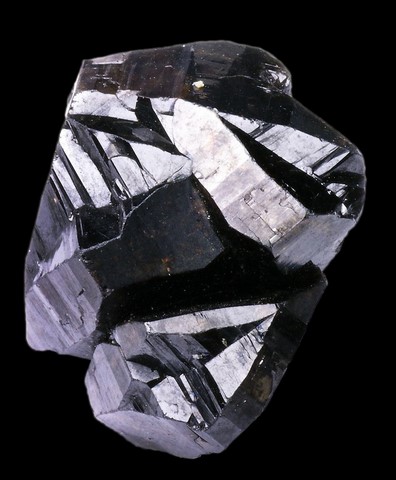 Cassiterite is a high-temperature mineral associated with hyperaluminous acid intrusions (granites, leucogranites, rhyolites), especially abundant in the associated pneumatolytic formations that concentrate fluids expelled by intrusions. Cassiterite is unalterable, dense (7) and very hard (6 to 7 on the Moh scale), which explains why it is also an essential alluvial mineral : its alluvial and marine placers constitute considerable deposits of tin, Malaysia and Nigeria especially. It is also occasionally found in sulfidic masses (Neves Corvo, Portugal and Kidd Creek, Canada). It is a mineral that owes its name to the Greek kassiteros (tin) because of its chemical composition. Cassiterite generally forms short prisms, rarely elongated, crowned by fairly flattened octahedra, frequently showing the "tin beak" twinning ; the crystals are sharp and shiny, with sometimes striated faces. The octahedron dominates in the pegmatitic cassiterites while the facies in elongated prisms and pointed needles are common in the cassiterites formed at high temperatures. It can sometimes be concretionary, massive, cryptocrystalline or inlaid with radiated fibers. Cassiterite is transparent to opaque, with a strong adamantine luster, sometimes almost metallic on the faces. Its color is reddish brown, chestnut brown to black-brown, exceptionally colorless when chemically pure. Cassiterite is almost the only tin ore. Since mastering the reduction of cassiterite to obtain tin metal since Antiquity, he was alloyed with copper to make bronze. More recently, its non-toxic nature has earned it a long career in the food industry : the tinplate is indeed tin-coated steel. Tin alloyed with copper and antimony also has a significant use in mechanics in the manufacture of anti-friction metals. More anecdotally, the lead soldiers are made of an alloy of lead and tin. 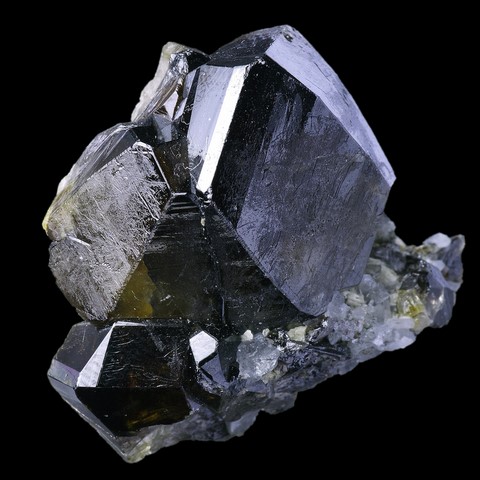 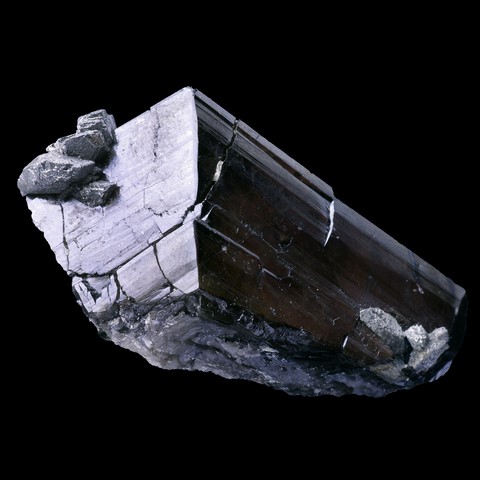 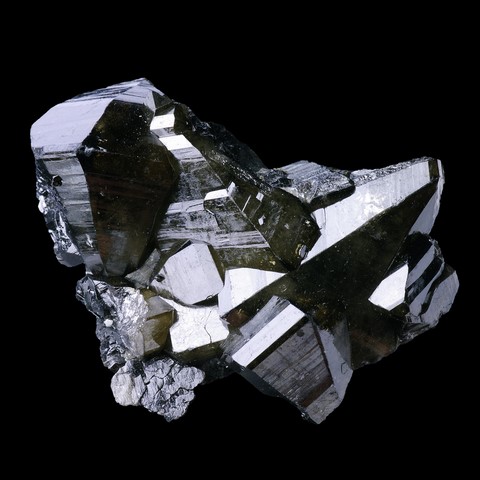 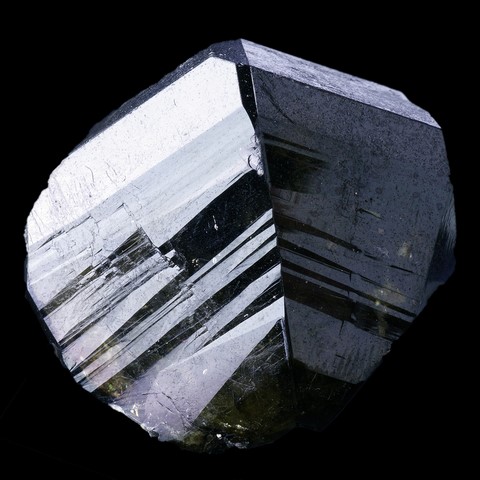 Cassiterite in the World

The most beautiful specimens in the World come from the pneumatolytic quartz veins of Schlaggenwald (Horni Slavkov, Czech Republic), they are magnificent black pseudo-octahedra twinned exceeding 10 cm implanted on zinnwaldite. Brazilian pegmatites (Fazenda do Funil and Virgem de Lapa, Minas Gerais) delivered exceptional 15 cm octahedra. Among the deposits that have provided excellent samples are the pneumatolytic veins of Panasqueira (Portugal) with 3 cm crystals on cookeite and wolframite and the stanniferous deposits of Bolivia (Luribay, La Paz) with these beautiful gemmy honey color crystals of 3 cm. More recently, Chinese pegmatites from Mount Xuebaoding (Pingwu, Sichuan) provided perfect crystals larger than 8 cm and those from Ximeng Co. (Yunnan) 4 cm crystals.

In France, the pneumatolytic veins of Villeder (Morbihan), linked to the South Armorican leucogranites, yielded excellent 9 cm crystals but also Quily crystals of 3 cm. It is found in the kaolin quarries of Echassières (Allier) in centimetric crystals and in the pegmatites of Ambazac (Haute-Vienne) in crystals up to 3 cm.

Cassiterite is very often twinned on {011}, it is the classic "tin beak" twinning at the same time contact and penetration twinning that are repeated to produce complex shapes, sometimes in 5-pointed star. A twin on {031} has also been postponed.