What is a granite in geology ? 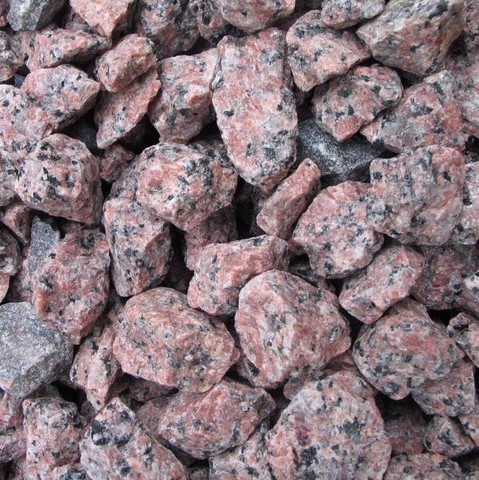 Granite is a very common light colored grainy plutonic rock characterized by a high silica content (usually between 66 and 75%). It is mainly composed of quartz, micas (biotite and muscovite), alkaline feldspars (orthoclase and microcline) which are dominant in relation to plagioclases (albite and oligoclase), and a wide variety of accessory minerals, the most common being hornblende, titanite, apatite, zircon, sometimes cordierite or andalusite. Granites are the main representatives of the granitoids family, major constituents of the continental crust and occur in well-defined kilometric massifs or in batholiths of several hundred kilometers.

Granites are mineralogically, chemically and texturally varied, which has led to them being subdivided into many types. The most commonly used classification takes into account chemical criteria :

- monzonitic granites (or monzogranites), also very common, most often porphyroid, characterized by equal amounts of potassium feldspar and plagioclase feldspars, and biotite. They herald the transition to intermediate rocks, less rich in silica, of the diorite type.

On the basis of grain size, types are often distinguished from aplitic, fine-grained granites to porphyroid granites (frequently monzogranites), characterized by automorphic K-feldspar crystals of several centimeters (sometimes 15 to 20 cm in some French Hercynian granites). The volcanic equivalent of granite is rhyolite, a rock that is much less present on the planet. 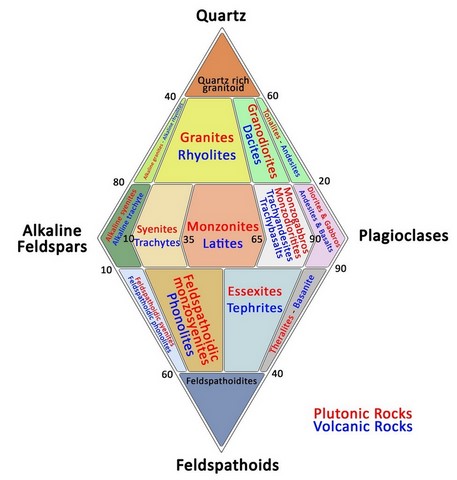