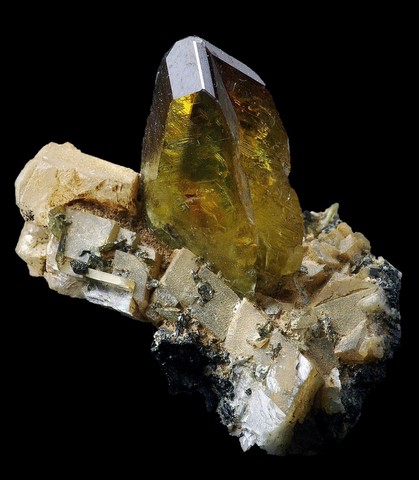 Titanite (also called sphene) is a common mineral, which develops mainly in granitic and syenitic pegmatites (syenites and nepheline syenites), in the amphibolite facies of metamorphic rocks and incidentally, but in very beautiful crystals, in alpine clefts. It owes its name to the titanium it contains. Titanite is transparent to translucent and has a strong adamantine luster. Its color is mainly yellow to green (in alpine fissures), becoming brown to black in pegmatites and metamorphic rocks. It is a mineral that occurs most often in crystals flattened on (001) with sharp edges, frequently twinned in "gutter". The most common habitus is that of a very sharp double corner (hence the origin of the name sphene), the facies is different in the alpine fissures where the crystals are frequently elongated. When it is present in large quantities, titanite is a valuable titanium ore (it contains 24% titanium). Colored transparent crystals are sometimes cut into gemstones. 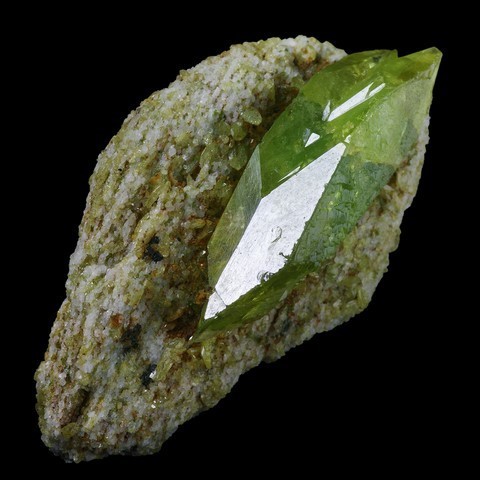 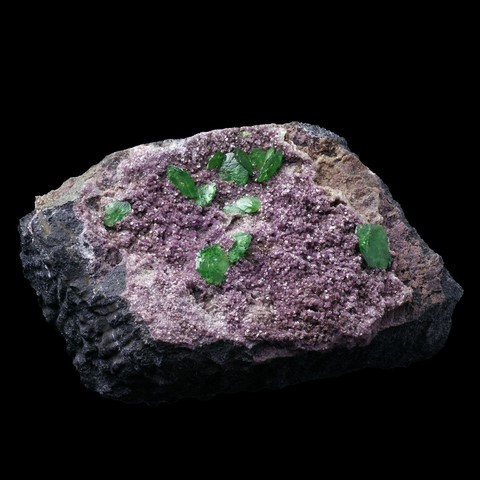 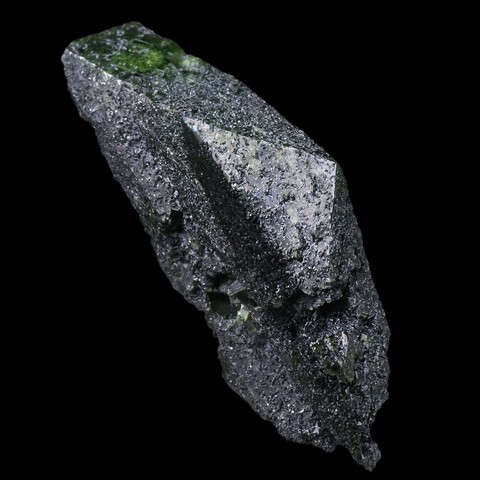 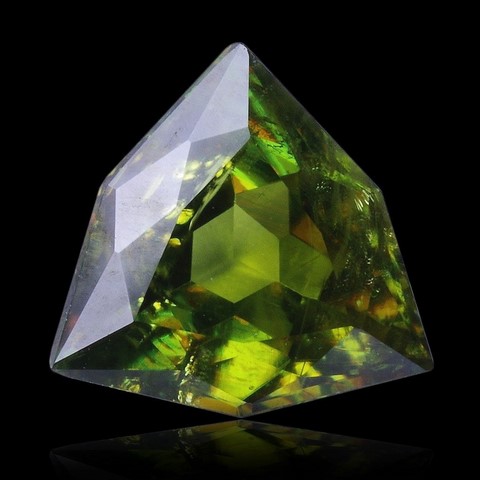 Titanite in the World

The most aesthetic samples of the species come from Alpine fissures, in particular those of Austria (Grossvenediger, Glocknergebeit, Wallhornalp, Schwartzenstein, etc.), where crystals up to 10 cm, gemmy and of very luminous color (green-yellow to pistachio green) have been discovered. 5 cm yellow-green gemstones come from the "alpine fissures" of Capelinha (Brazil), hosted in hornblende and chloritic quartz epidotite. Mexican granitic pegmatites (La Huerta, and El Rodeo in Baja California) yielded beautiful 15 cm by 10 cm crystals. The pegmatites of nepheline syenites also have very large opaque black-brown crystals (40 cm at Bancroft, Ontario, Canada), or of a good color (yellow-brown in Lovozero, Kola, Russia). In the United States, the metamorphic rocks of Pennsylvania and New York (Tilly Foster Mine) yielded yellow-green to brown crystals with exceeding 6 cm.

In France, titanite is common but rarely presents as aesthetic crystals. The micaschists of the Island of Groix (Morbihan) gave beautiful centimetric crystals. Good crystals have also been reported in the alpine fissures around Bourg d'Oisans (Isère).

Two twins are known, one on {100} by contact and penetration, and the second is less common and lamellar on {221}.