What is a sulfidic mass in geology ? 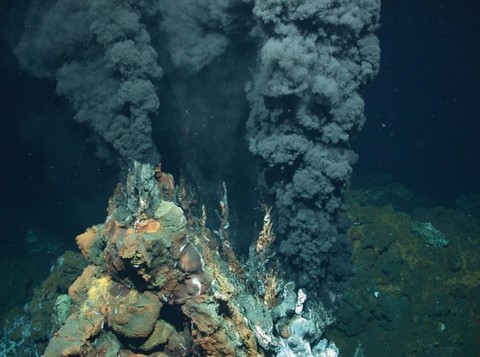 A sulfidic mass is a mass made up of more than 50% by massive sulfides interstratified in volcanic or sedimentary rocks
Made up mainly of iron sulfides (pyrite and more rarely pyrrhotite), these clusters contain variable amounts of base metal sulfides (galena, sphalerite, chalcopyrite...) and can be rich in gold. They are used in many countries (Spain, Portugal, Canada, Australia, United States, Japan...) Their size can exceed 100 million tonnes of sulphides, up to 350 million tonnes for the largest between them (Rio Tinto in Spain, Neves Corvo in Portugal).
These sulfidic deposits are linked to underwater volcanism : they result from the emergence of hot hydrothermal fluids (nearly 350°C), loaded with metals, on the rifts of the ocean floor (black smokers). The reaction of these fluids with the sulphates held in seawater causes massive sulphide precipitation.
Back to summary