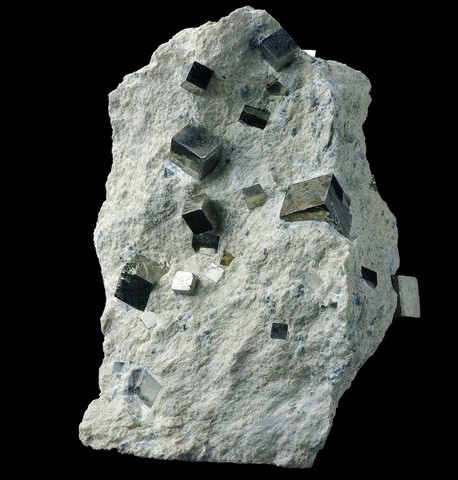 Pyrite is the most common of all sulphides. It is a yellow metallic mineral, its name comes from the Greek "pûr" and "lithos" literally "fire stone", because it produced sparks when it is subjected to a shock. The crystals are most often cubes or shapes derived from cubes (octahedra, pentagonododecahedra or pyritohedra, etc ...), some faces can be striated, we call that triglyph pyrite, it can also be find it in botryoidal clusters. It is a stone of various geological contexts (hydrothermal, magmatic, metamorphic, sedimentary, etc...). Today it is a mineral that was used only as an accessory sulfur ore, but until 1950 it constituted the bulk of its production. This place was delighted to him by the sulfur extracted from the hydrocarbons and the salt domes. It is also used in the production of sulfuric acid. It is also sometimes a gold or cobalt ore that it can contain in small quantity, it is on the other hand a bad iron ore, because of the sulfur, very penalizing in the steel industry, making the alloys brittle. Finally it can be used in jewelry as a gem, its low hardness however make it more a gemstone for collectors. 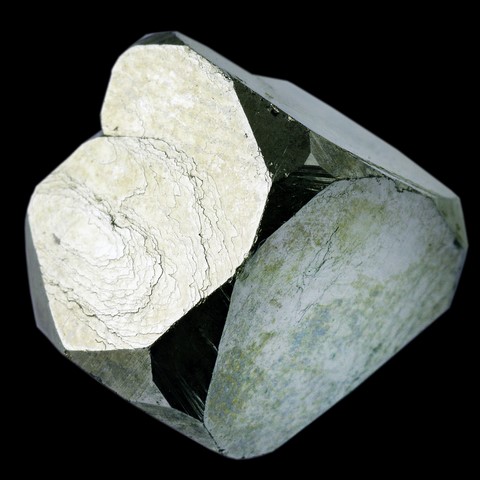 Pyrite cube with truncation and the faces of the octahedron and diploid from Elba Island, Italy 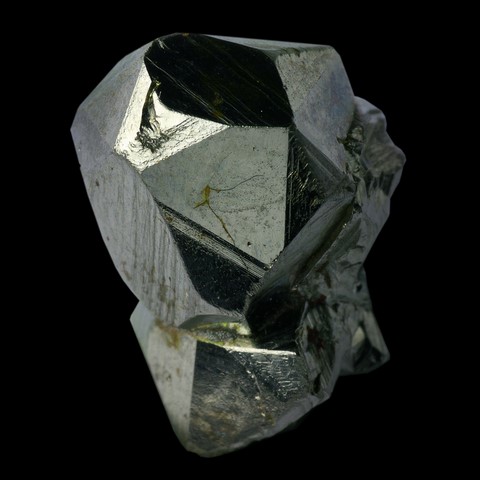 Pyrite cube with the faces of the octahedron and diploid from Elba Island, Italy 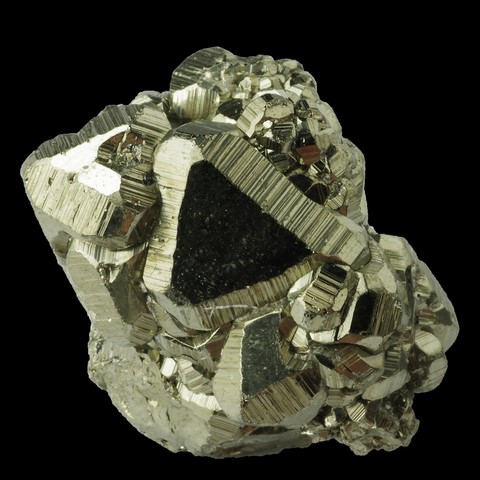 Pyrite in the World

Pyrite is an extremely common mineral, so many deposits have produced remarkable crystals. We can cite Elba Island, Italy for its splendid pentagonododecahedra and hematite (up to 15 cm). The Peruvian deposits of Quiruvilca and Huanzala (pictured left) provided magnificent groups of crystals with complex shapes exceeding 10 cm ; Navajun in Spain with perfect cubes up to more than 10 cm. The records remain, however, for the Greek mines of Kassandra with cubic crystals whose edges can exceed the meter...

Pyrite is present in many localities in France. We can cite the mine of Batère in the Pyrenees-Orientales, but also the quarry of Trimouns in Ariège with octahedrons that can exceed 5 cm. Centimetric pentagonododecahedrons have also been discovered in the Alps at St-Pierre-de-Mésage, Isère, where they occur on siderite petals. 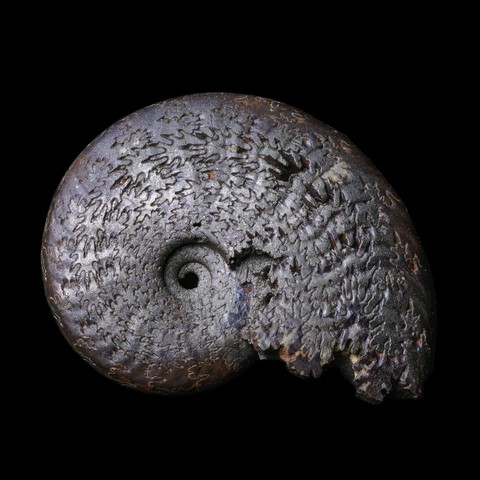 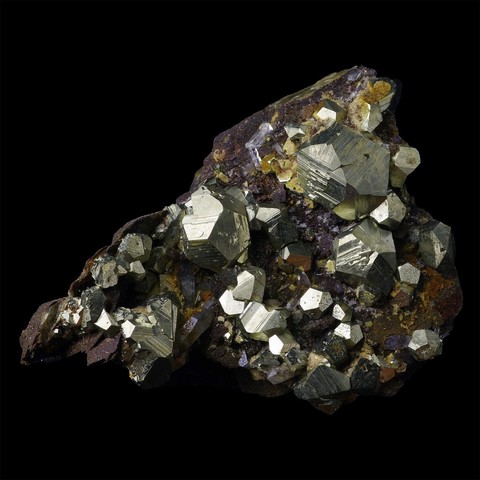 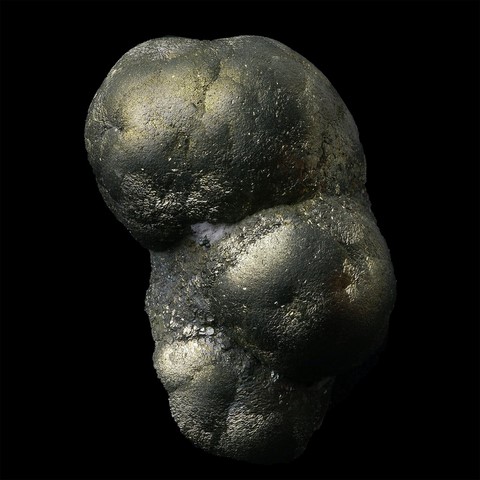 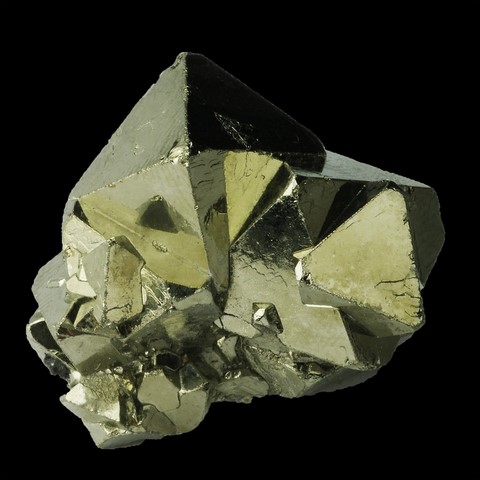 Octahedral pyrite from Huanzala Mine, Peru

Due to its cubic nature (and therefore its large number of symmetries), many twins exist for pyrite, but they are not always very easy to see. The most famous is undoubtedly the so-called "iron cross" represented by the drawing on the left side. Specimens with this type of well defined twinning are very rare.

It should also be noted that many fossils could be transformed into pyrite (epigenies), which is known as pyritized fossils. For example : ammonites, belemnites, trilobites, shells, etc...

The different crystal forms of pyrite 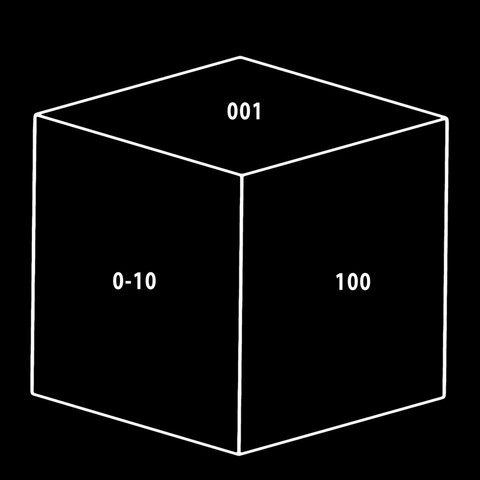 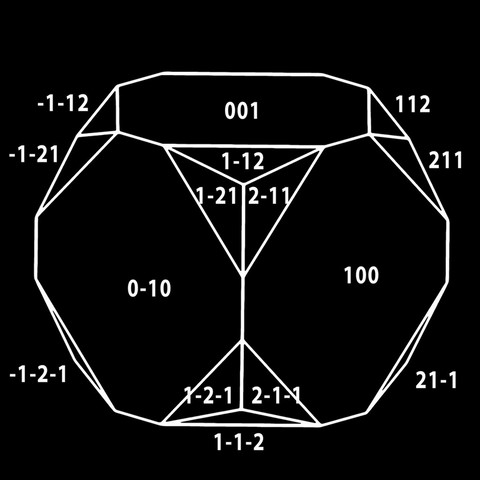 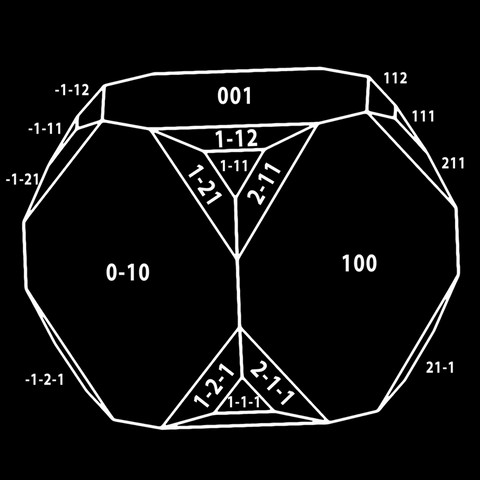 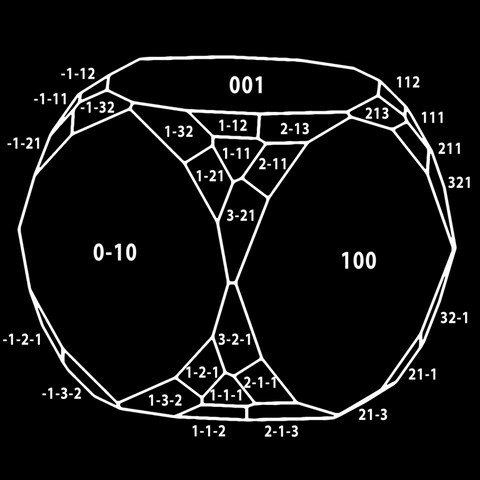 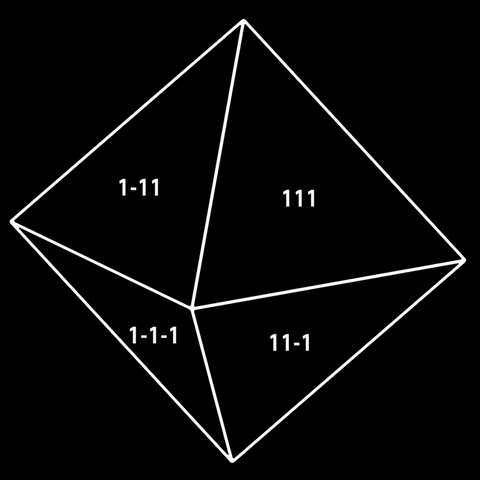 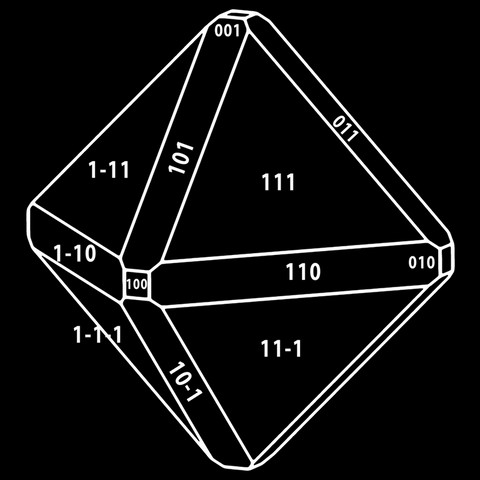 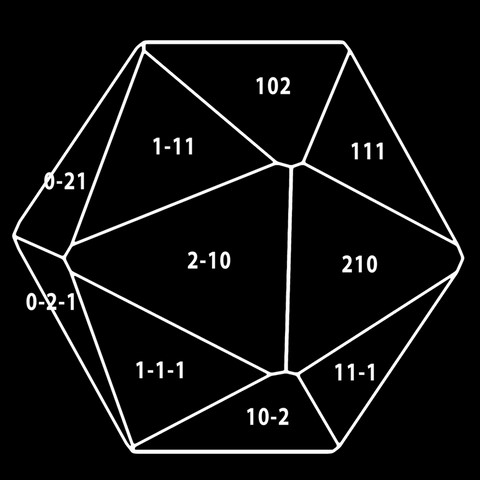 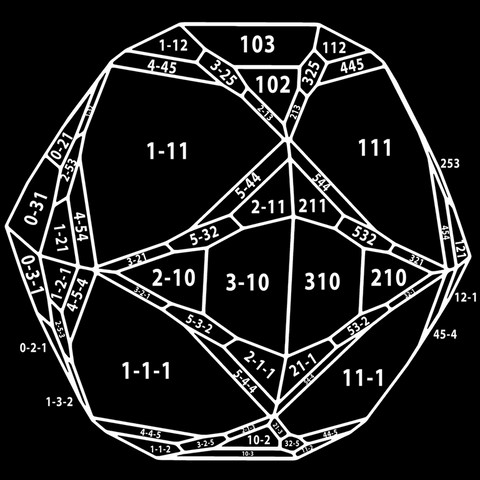 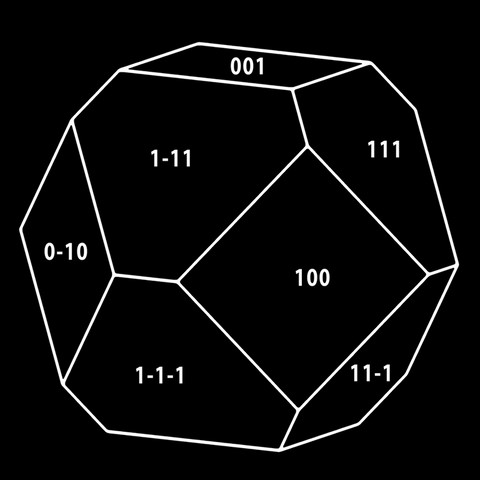 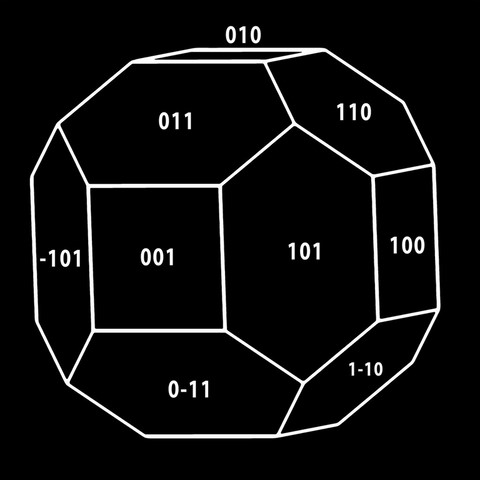 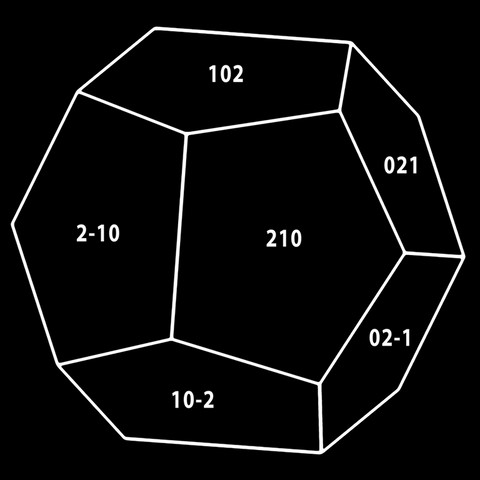 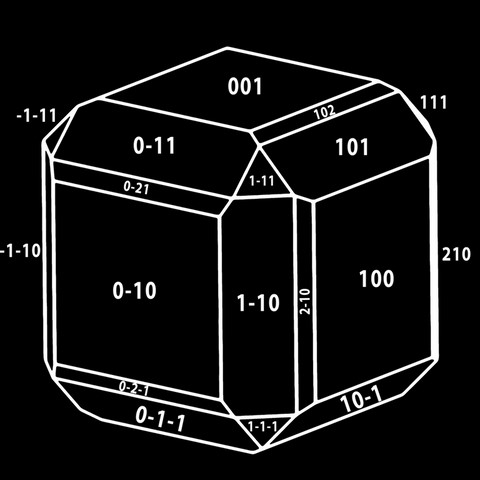 We can find Colombian pyrites assembled with emeralds, this type of specimens being sold mainly to tourists on site, it is rare to find on the market but this association also exists in nature.