What is a salt dome in geology ? 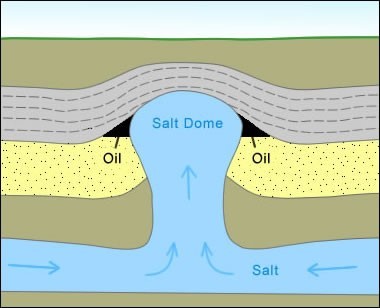 A salt dome is a mass composed mainly of salt (halite) with a thin top (the "cap rock") of anhydrite, gypsum and sulphur. It constitutes an irregular column with a swollen head, which can reach 10 km in height (the diapir), which rises in the crust until sometimes piercing the surface, one then speaks of "glaciers" of salt.
A salt dome arises from a layer of evaporite buried at great depth. Under the weight of the rocks which surmount it (lithostatic pressure), these evaporites, less dense, deform into a dome and begin a slow rise towards the surface : this is the phenomenon of halokinesis (or salt diapirism). The diameter of these domes generally exceed one kilometer.
The salt domes are very important reserves of halite but also of sulfur, formed in the "cap rock" by bacterial destruction of anhydrite, and effective traps for hydrocarbons. Due to their tightness, they are also used by humans for the storage of petroderivatives and radioactive waste. 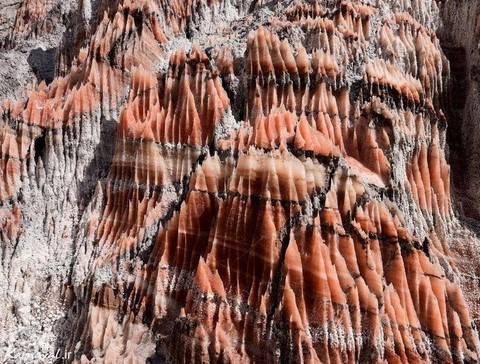