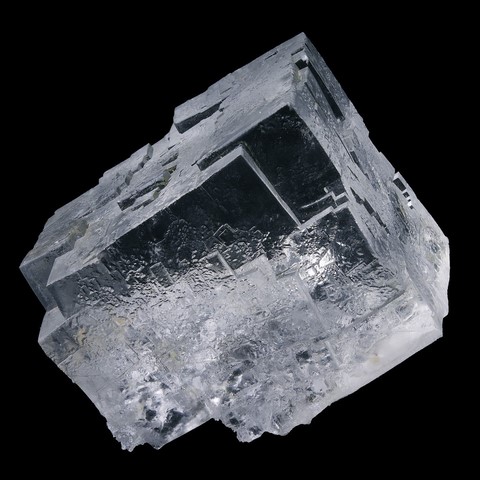 Halite forms vast evaporitic sedimentary deposits, the salt deposits, which can exceed 1000m in thickness. These deposits result from the evaporation of vast expanses of shallow closed seas, a phenomenon common in geological times. In Western Europe, for example, significant evaporite deposits occurred in Permian-Trias period, during the evaporation of the Zechstein Sea, which covered much of Germany and Poland to Lorraine (France), and to the Miocene, then depositing gypsum from the Paris Basin and potash from Alsace. Halite owes its name to the Greek hals (salt). It is a mineral which is therefore gigantic masses, sometimes offering beautiful crystals and also forming efflorescences in arid regions. Salt is a transparent to translucent mineral, most of the time colorless or faintly colored, it can take on an intense bright blue color. The crystals are usually cubes with smooth faces or stepped, rarely octahedra or dodecahedra. Halite is a top-notch industrial mineral and also the major source of sodium and chlorine, with more than 18,000 direct or derived uses. It is one of the essential components of the food industry, salt has been used for centuries as a food preservative, not to mention its essential role in fertilizers and animal feed. In France all salt consumed for food comes from salt marshes. Salt is also used for snow removal (in France a moderately cold winter consumes about one million tonnes of salt). Salt domes are also used to store certain hazardous materials such as radioactive waste or hydrocarbons. 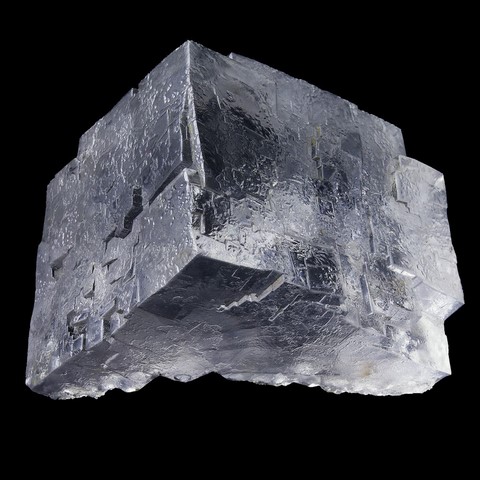 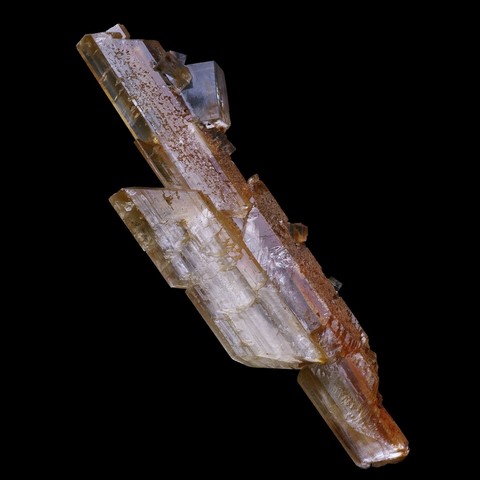 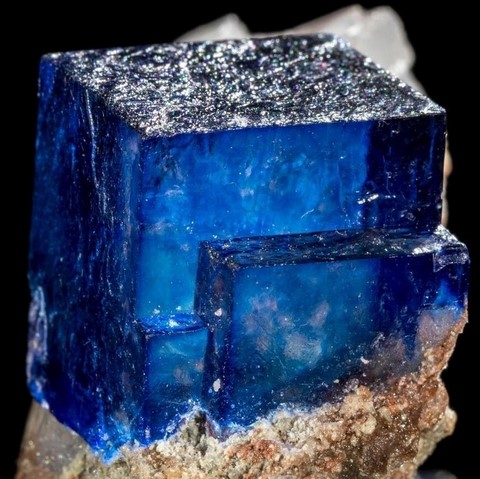 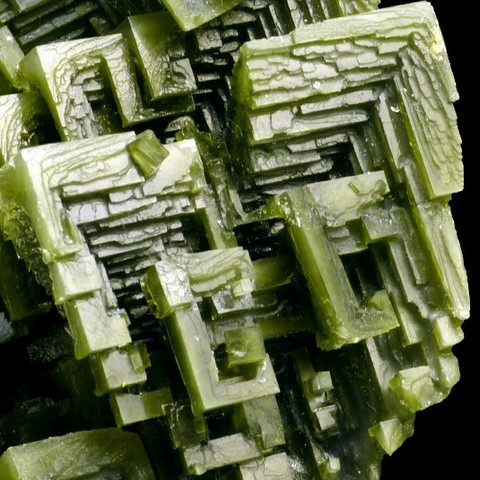 Halite in the World

The best halite crystals come from the Wieliczka Crystals Cave in Poland, where perfectly transparent cubes can reach 40 cm edge (main photo). Other very large crystals up to one meter are from Retsof (New York), the largest rock salt deposit in the World. Blue crystals are known in Sicily (Racalmuto), Germany (Stassfurt) and the USA (Carlsbad, New Mexico). In addition to these exceptional specimens, other remarkable crystallizations are known in many deposits of the World : Bex (Switzerland), Ontario, Austria.

Colorless, orange and sometimes blue / violet halite is found on the salt deposit of Mulhouse (Haut-Rhin). The numerous oil prospecting drilling in Limagne (Puy-de-Dôme) have also put forward evaporite deposits rich in halite with the same colors of this sedimentary basin. One of these carrots is exhibited at the Lecoq Museum in Clermont-Fd. Salt sources also corroborate this information, including the famous brackish and bituminous source of Puy de la Poix (three times the salt concentration of seawater).

The halite twinned on {111} but only on the synthetic crystals.

It could to bluish under irradiation, but this treatment is not practiced