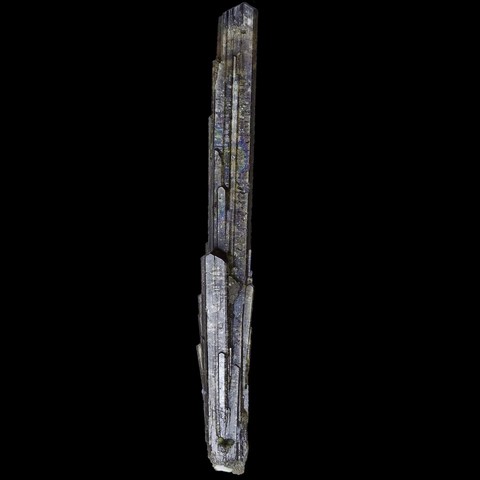 Allanite is a member of the group of epidote in which it represents the iron and rare earth elements rich term (cerium, lanthanum, neodymium, etc...). According to the dominant rare earth element there are several potential species : allanite-Ce (the only one currently described), allanite-Nd and allanite-La. It owes its name to the Scottish mineralogist Thomas Allan who discovered the species. Allanite crystallized in thick tablets, sometimes sticks or needles of brown, black, or brown-yellow. Because of its content of uranium and thorium (up to 2%), the crystals are generally metamict (disordered on the atomic scale). It is an accessory mineral of granites, pegmatites and syenites. It is found more rarely in metamorphic rocks, pyrometasomatic deposits or in some lavas (dacites). It is a common mineral but often occurs in very accessory and in very small crystals. Allanite can be used as cerium and rare earth ore. The macro-samples are only for the collection but because of its content of radioactive elements, allanite is also used by geologists for rocks datations.

The locality producing the largest crystals is Arendal in Norway with a record of more than 1.10 m. There are also spectacular acicular crystals in Finnbo, Sweden, in Bancroft, Ontario, Canada, where 70 cm crystals are associated with molybdenite, but also in the granitic pegmatites of Pacoima Canyon in California with individuals over 45 cm in size.

Allanite is known in France in the pegmatites of the pink granites of Ploumanac'h in the Côtes d'Armor where crystals can reach 11 cm, and in beautiful brown gemmy crystals (up to 3 cm) on dolomite of the large talcum deposit of Trimouns in Ariège. 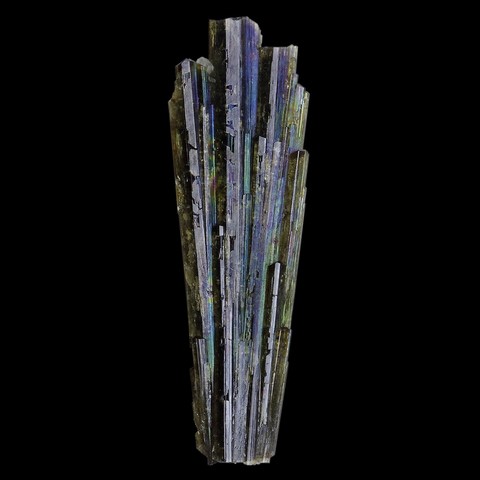 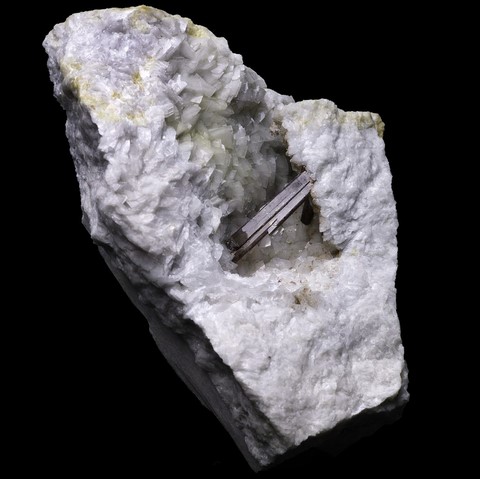 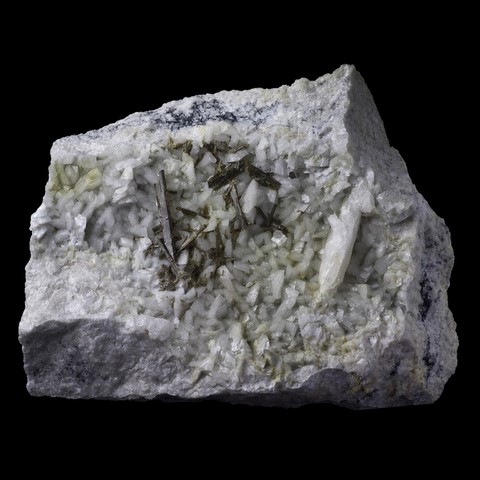 Group of allanite-dissakisite crystals on dolomite from Trimouns, Ariège, France 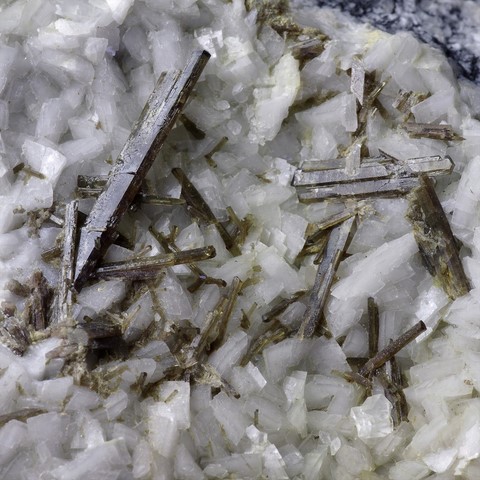 Group of allanite-dissakisite crystals on dolomite from Trimouns, Ariège, France

Allanite has no twinned crystals known.