What is a charnockite in geology ? 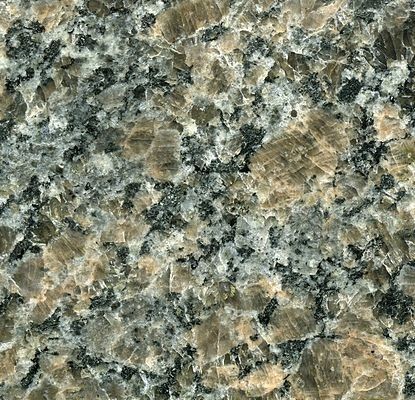 A charnockite is a granitic rock, whitish to greenish, characterized in particular by the presence of hypersthene and garnet (close to pyrope) next to quartz and feldspars (microcline, perthitic orthosis, oligoclase).
This rare rock which is found in certain Precambrian bases remains of disputed origin : magmatic for some, and considered then as a very quartzic granite with hypersthene and microcline, metamorphic of the granulite facies for others. The major characteristic of charnockites, the presence of orthopyroxene, can indeed have either a magmatic origin, or be produced by metamorphism (dehydration of biotite), hence some confusion about the origin of these rocks. It is now recommended to reserve the term charnockite for rocks of magmatic origin with orthopyroxene, even if they may have undergone deformation and / or subsequent metamorphism, leading to the formation of orthogneiss.
This rock is dedicated to Charnock, founder of Calcutta, whose tombstone was hewn from this rock.
Back to summary