What is a granulite in geology ? 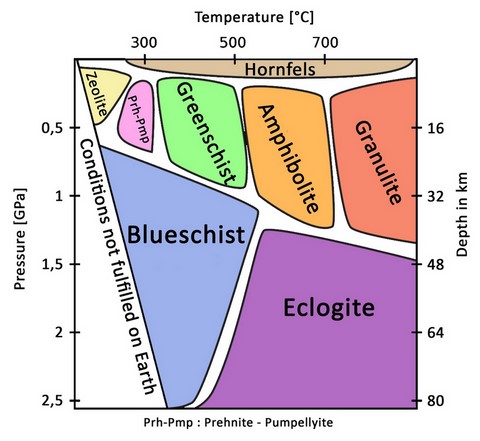 A granulite is a metamorphic rock of high temperature and high pressure (catazone domain) covering large surfaces in ancient bedrocks. Granulites are light rocks with oriented texture, consisting mainly of quartz and feldspar (orthoclase and plagioclase), with small amounts of pyroxene (hypersthene), garnet (almandine-pyrope), sillimanite, cordierite, rutile, etc... They are commonly associated with leptynites and charnockites.
In metamorphism, the granulite facies designates a high temperature and high pressure facies.
In the past, this term also referred to fine-grained magmatic rocks of granitic composition, rich in orthoclase, oligoclase, quartz and muscovite : this term, which quickly became synonymous with two-mica granites, or leucogranites, is now obsolete.
Back to summary