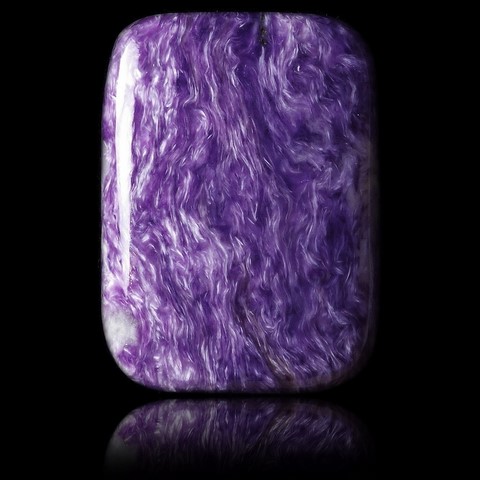 Charoite is a rare mineral found in a syenite from the Murunskii Massif (Russia) which is intruded into weathered limestones producing a metasomatic potassium feldspar. Discovered in the 1940's, it was only described by the Russian mineralogist, Rogov in 1978. Its name comes from the Chara river which passes close to its locality of discovery. It comes in purple fibers and is always massive, it has a swirling appearance, sometimes chatoyant. Its color varies from intense purple to lavender purple, sometimes gray-brown. It is a rare mineral sought after as an ornamental stone or for jewelry, it is indeed a stone of good hardness and attractive color that is used both in the cut of cabochons and in the carving of objects and trinkets. 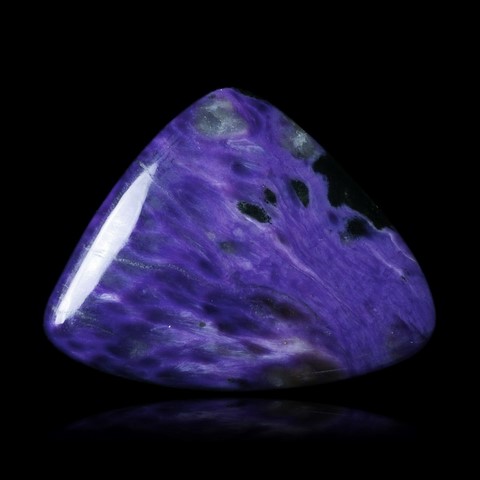 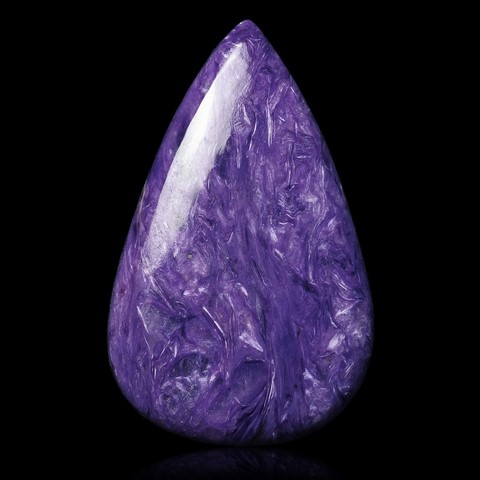 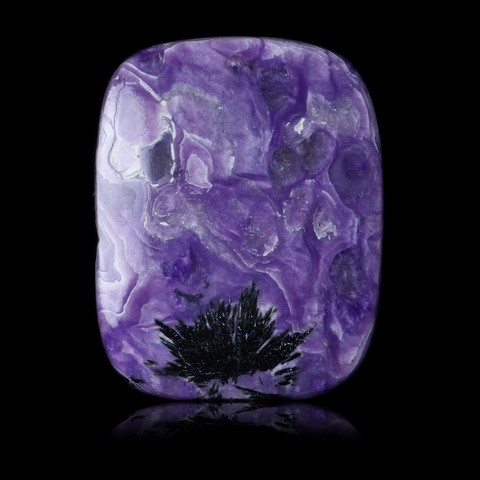 46.45 ct charoite and aegirine from Russia 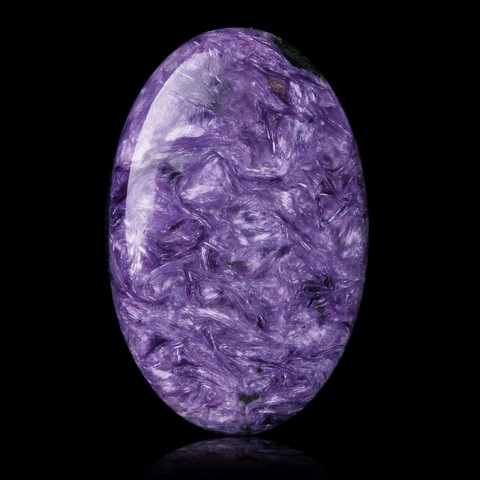 Charoite in the World

The most beautiful masses of charoite come from the Russian Massifs of Murunskii and Patyn where blocks of several tens of kilos of a deep violet were extracted. Officially and to date, these are the only two localities to have produced this mineral

Charoite is not present in the French underground. 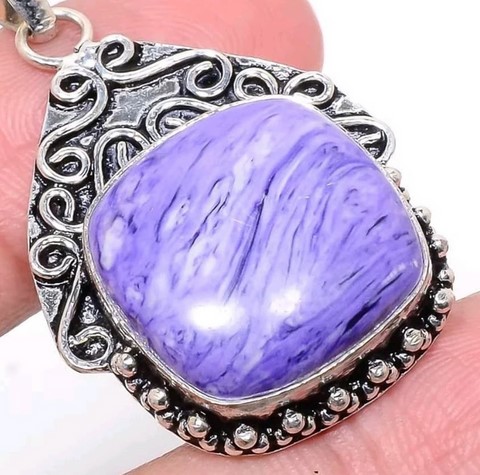 Currently found on the market (Chinese and Indian especially) resins which may try to poorly imitate charoite, but they have neither the appearance nor the color of the real one. We do not find in these imitations the black crystals of aegirine sometimes taken in purple fibers nor the complexity of their arrangement. You can also try to heat white the tip of a needle, and apply it on the back of the cabochon, a strong smell of burnt plastic then emerges...