What is an impactite in geology ? 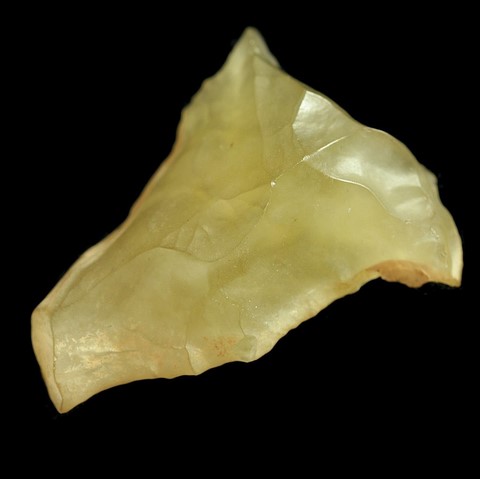 An impactite is an exceptional brecciated rock formed by the impact of a large meteorite. It is generally composed of a vitreous or glass paste, often very vesiculated, and fragments of very shocked materials.
An impactite is born from the metamorphism of very high pressure (more than 100,000 bars) and very high temperature shock which appears at the meteorite impact point, and is built by agglomeration and solidarization of fragments of all sizes generated by the explosion. at the time of impact. These impact breccia often partially fill the crater (or astroblem).
The shock metamorphism developed at the point of impact induces a local fusion with the appearance of glass, and allows the crystallization of particular minerals which require very high pressures (coesite, stishovite) as well as the appearance of tektites (debris of molten terrestrial rocks upon impact, sometimes mistakenly regarded as meteorites).
Lybian glass (main photo) or even moldavite (the 3 photos below) are examples of impactites. Impactites can be cut and used in jewelry. 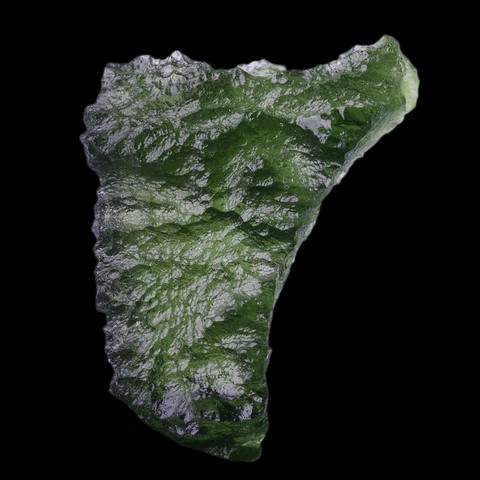 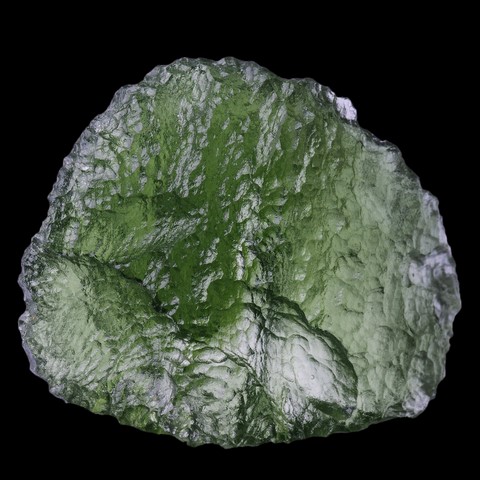 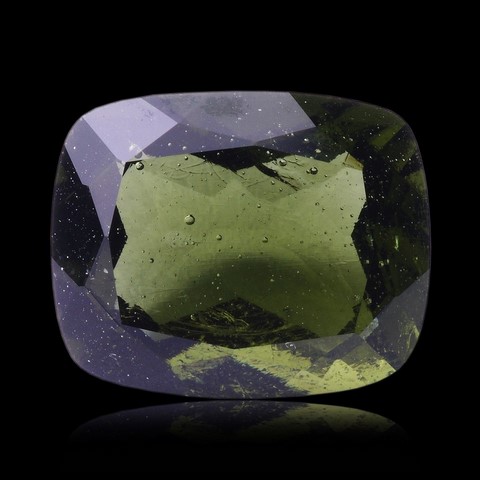