Kyanite is the polymorph of andalusite and sillimanite. It is a typical mineral of medium temperature and high pressure metamorphic rocks (micashists, gneisses, amphibolites, eclogites) derived from sedimentary rocks rich in aluminum. It owes its name to the Greek dis (double) and sthenos (force) because of the two different hardnesses that it presents parallel and perpendicular to its elongation. Kyanite occurs as elongated lamellar crystals, frequently grouped in divergent aggregates, rarely in free crystals. Translucent to transparent, its color is classically light blue but can also be white, greenish or greyish black (intercalation of graphite strips) and orange-brown. Specimens of a deep blue are the most sought after. One of its characteristic (which gave it its name) is its variable hardness : 4.5 to 5 depending on the elongation and 6.5 to 7 perpendicularly. Kyanite is an important mineral in the refractory industry, refractory ceramics and porcelain. It is after andalusite, the most used "ore" of mullite. Transparent crystals have marginal use as gemstones. 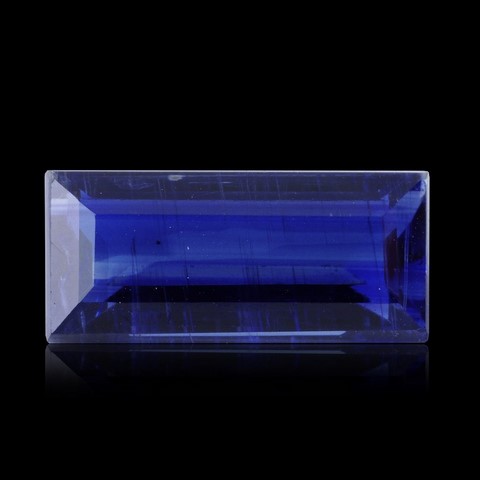 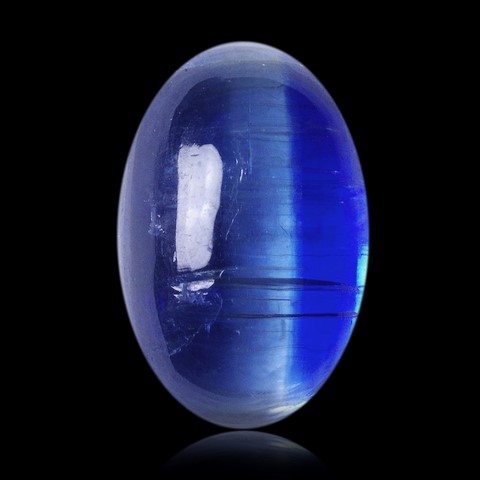 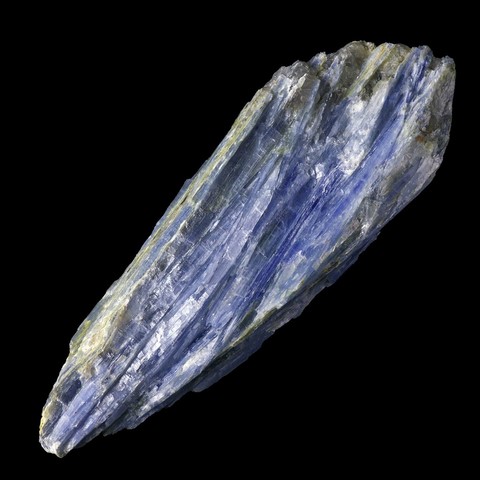 Kyanite in the World

In France, the surroundings of Baud (Morbihan) provided beautiful nodules up to 50 cm rich in large blue crystals that can measure 10 cm.

The kyanite presents a common lamellar twin on (100).