Pentagonite is an extremely rare mineral, dimorphic to cavansite and of a higher temperature than the latter. It is found in cracks, cavities and vacuoles of basalt breccias and andesitic tuffs where it is associated with various zeolites. It is a mineral that owes its name to its cyclic twin with a 5 pseudosymmetry order which produces pentagonal sections, however almost never observable in nature. Pentagonite is very similar to cavansite, it has the same bright blue color, the only difference is that its crystals are much more developed and can reach several centimeters. It presents as acicular crystals in the form of isolated fine blades or in a group then forming magnificent urchins and it is often associated with cavansite. Because it is vanadium-rich composition, it can theoretically constitute an ore of this element, however because of its color and its great rarity, it is a mineral much sought after by mineral collectors. 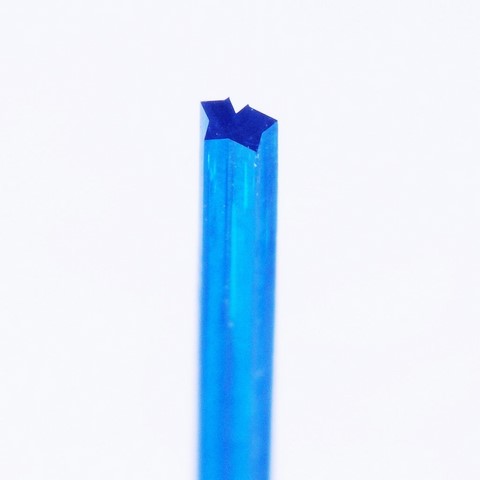 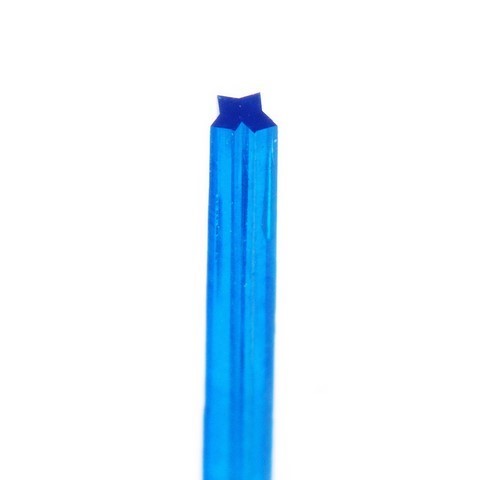 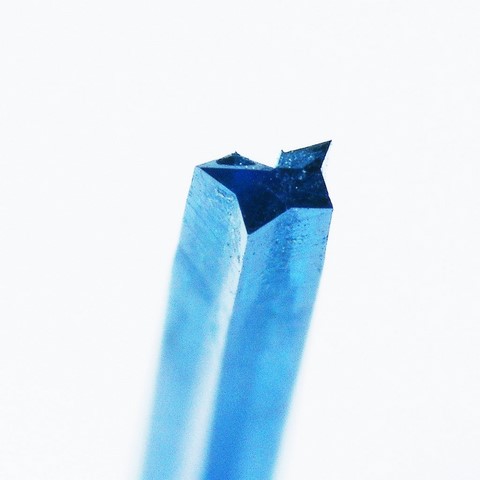 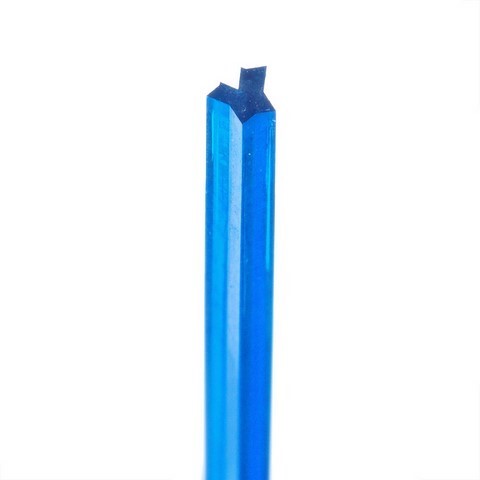 The best specimens of pentagonite all come from Wagholi basalts quarries near Poona in India, they are the most beautiful samples known with centimetric untwinned crystals with a bright blue color on stilbite sometimes forming urchins. A pocket open in 2016 has produced some individual twinned crystals and sometimes floaters (extremely rare) with 5-branched star endings of 2 to 7 cm, the record size for the species (the main photo sample is the largest known crystal).

Pentagonite is also reported in the USA at Owyhee Dam, Malheur Co., Oregon, the type-locality, it is found in sub-millimetric twinned crystals.

The pentagonite owes its name to its cyclic twin of 5 individuals that loops with a slight distortion of the crystal lattice. On the samples of the type-locality, the sub-millimetric pentagonite crystals occur in elongated prisms with pentagonal sections.

The few large Indian twinned crystals show a delay in the looping. The basal section is well pentagonal (5-branched star), however, the end has a branch very briefly sketched (or beveled), whose development is complete at the base of the crystal.

No fake inventories for this species, however, cavansites can sometimes be sold for pentagonite to justify higher prices, see our article on this here.