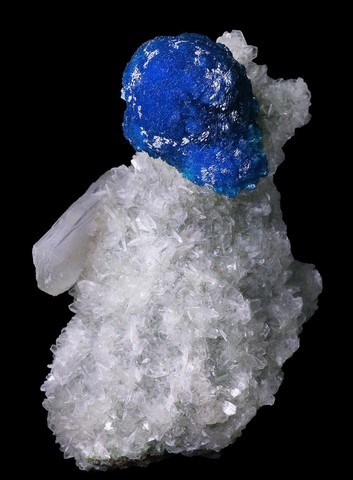 Cavansite is a very rare mineral, dimorphic to pentagonite and lower in temperature. It is found in cracks, cavities and vacuoles of basalt breccias and andesitic tuffs where it is associated with various zeolites. It is a mineral that owes its name to its chemical composition : calcium, vanadium and silicon. Cavansite is particularly spectacular because of its splendid blue color sustained in blue-green. It presents itself in aesthetic spherolitic rosettes rarely exceeding one centimeter and composed of millimetric prismatic crystals. Due to its vanadium rich composition, it can theoretically be an ore of this element, however because of its color and its relative rarity, it is a mineral sought after by mineral collectors. 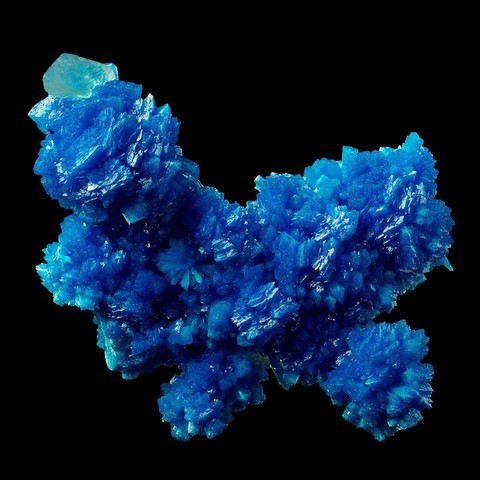 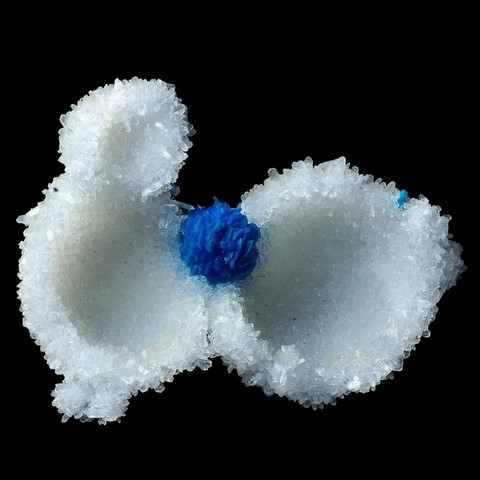 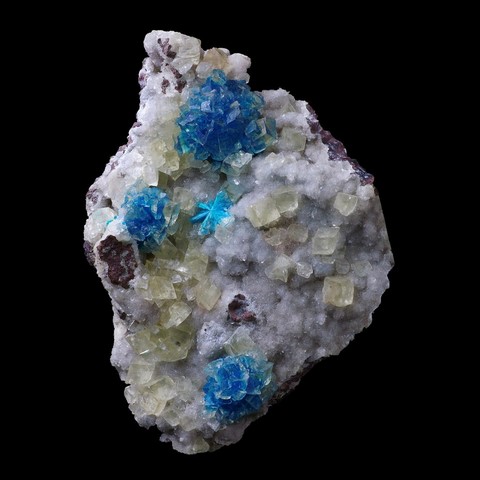 Cavansite and calcite from Poona, India 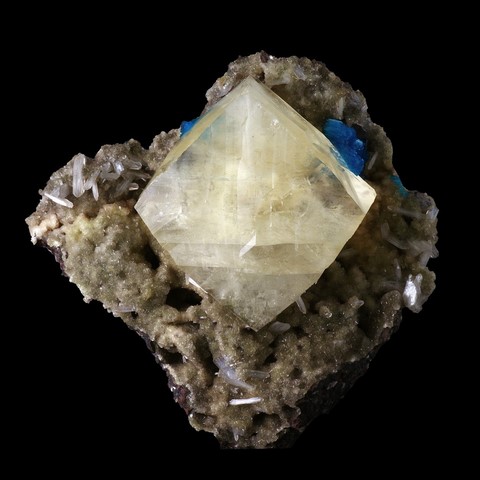 Cavansite in the World

The best specimens of cavansite all come from Wagholi basalt quarries near Poona, India, and are the best known specimens with centimetric bright blue balls on stilbite, sometimes associated with rhombohedral crystals of slightly yellow calcite. Groups of balls can form clusters of more than 5 cm, sometimes floaters.

Cavansites are also found anecdotally in Aranga quarry in New Zealand, in 1 mm blue spherules associated with calcite and chabazite.

Cavansite is also reported in the USA at Owyhee Dam, Malheur Co., Oregon, the type-locality, in 2 mm spherules on calcite, stilbite and heulandite.

Unlike its dimorphic pentagonite, no twin exists for cavansite.

No fake inventories for this species, sometimes sold for pentagonite to justify higher prices, see our article here.