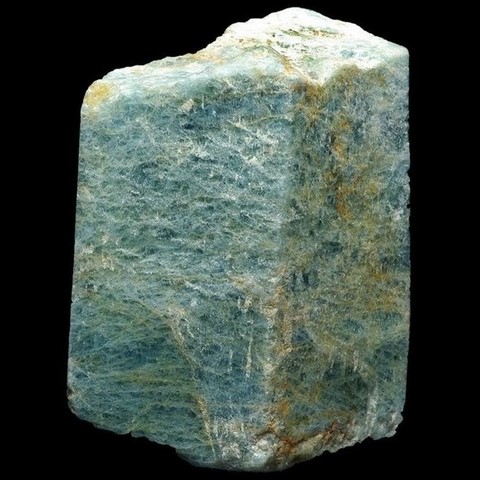 Beryl is a silicate characteristic of granitic rocks, pegmatites and pneumatolytic veins ; some of its varieties such as emerald are known in limestones or micashists. Undergoes erosive processes, beryl is altered to bertrandite or kaolinite and is not found in alluvia. Its name comes from the greek berullos, a term that referred to the blue-green gemstones. It is a mineral known since ancient times. Beryl occurs almost always in elongated, striated or vertically fluted, sometimes short or flattened prismatic crystals, rarely terminated (hexagonal section) and commonly grouped into rosettes or columnar aggregates. The ordinary beryl is stony, colorless, green-yellow to green but its gemmy varieties offer a diverse color range. It is an allochromatic mineral (whose color depends on the impurities it contains) :

It is a mineral of major importance for jewelry, especially emerald, aquamarine, heliodore and morganite which are extremely appreciated and used despite a relative fragility. Beryl is also the main beryllium ore with bertrandite, a light metal whose properties are similar to those of aluminum, which is used mainly in alloy with copper, which increases its hardness and resistance. 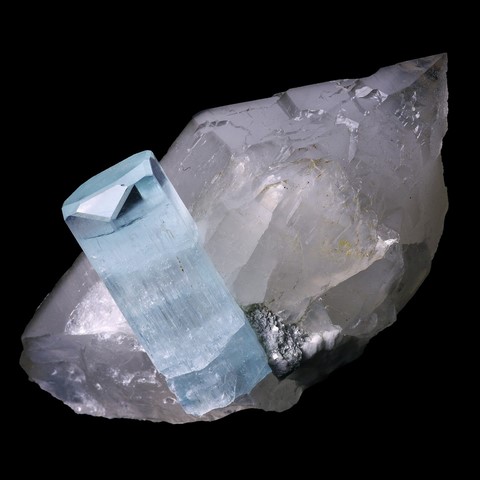 Aquamarine on quartz of Pakistani pegmatites 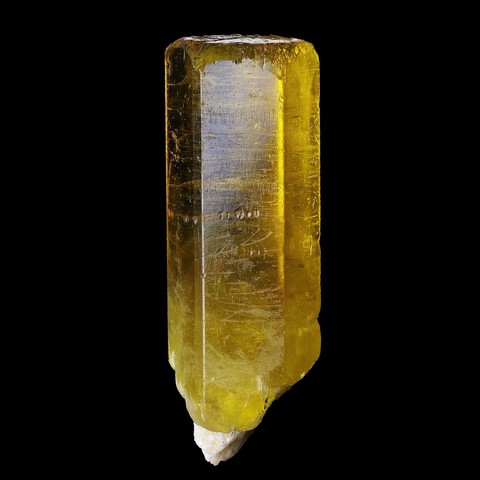 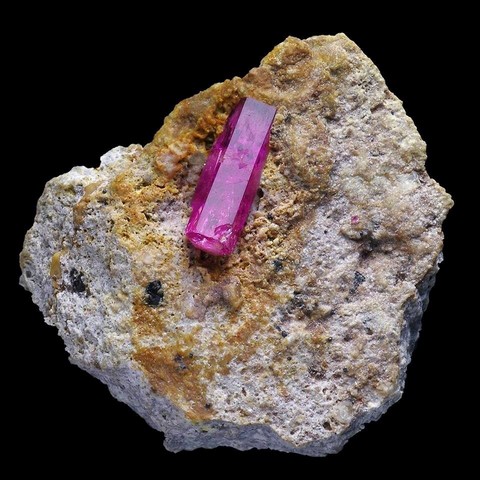 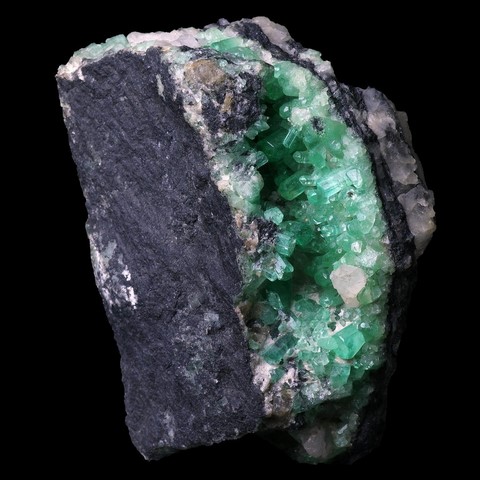 Emerald from Chivor Mine, Colombia

Beryl in the World 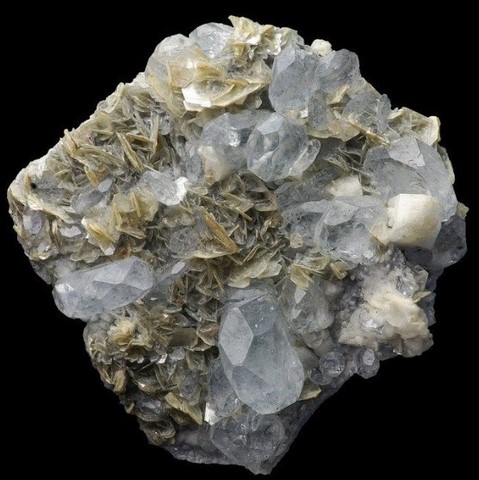 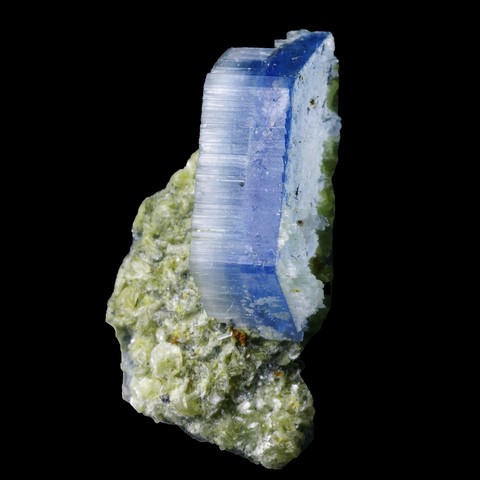 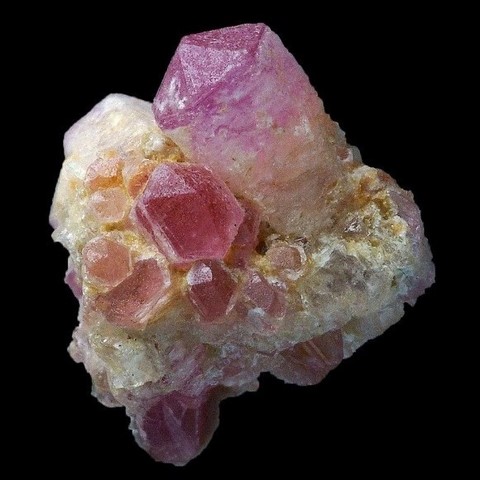 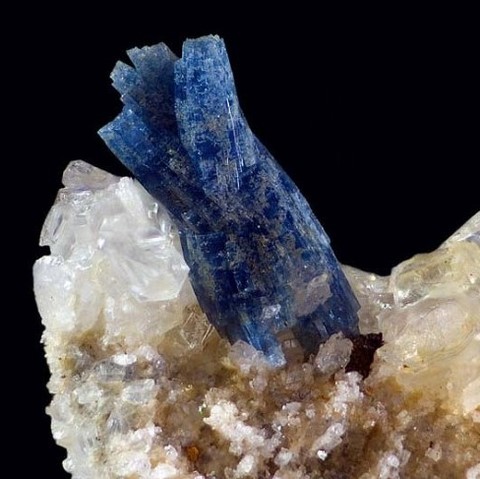 In France, large crystals of beryl, sometimes up to one meter long, were formerly extracted from the Chanteloube pegmatites in Haute-Vienne. In addition to the gemmy crystals of La Villeder (Morbihan), the Armorican Massif contains beautiful crystals, sometimes decimetric, in the pegmatites of Saint-Jacut-de-la-Mer (Côtes d'Armor) and the island of Batz (Finistère).

Note also the huge stony but bluish beryl from Biauchaud pegmatites near St-Pierre-le-Bourlhonne in Puy-de-Dôme (main photo), where beryl is associated with schorl in a massive quartz. 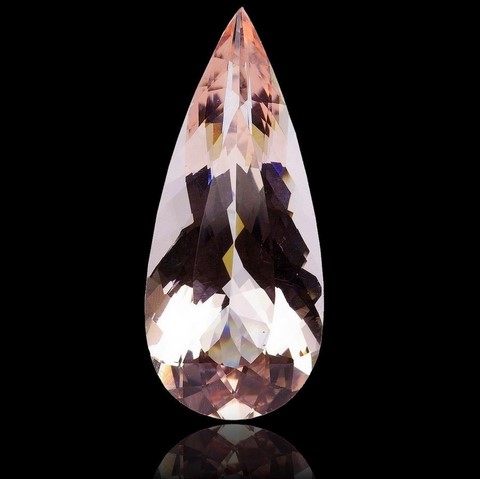 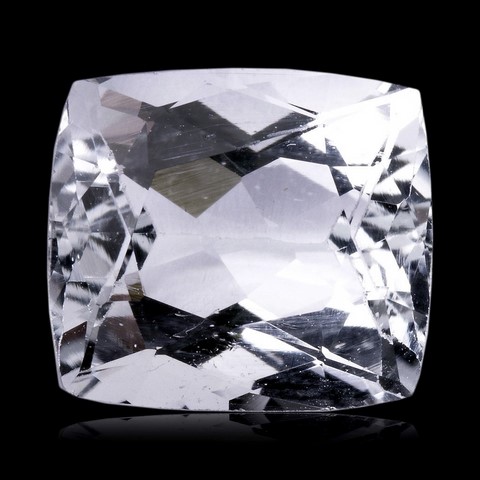 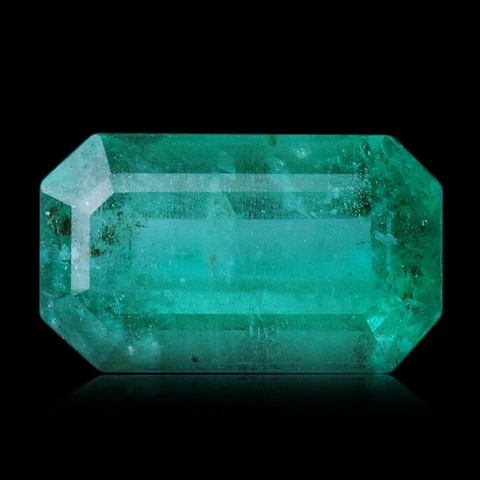 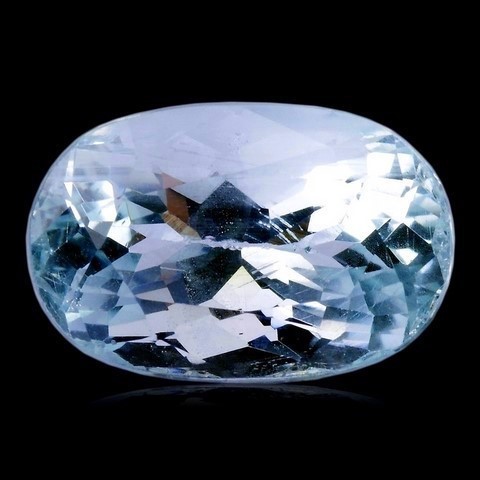 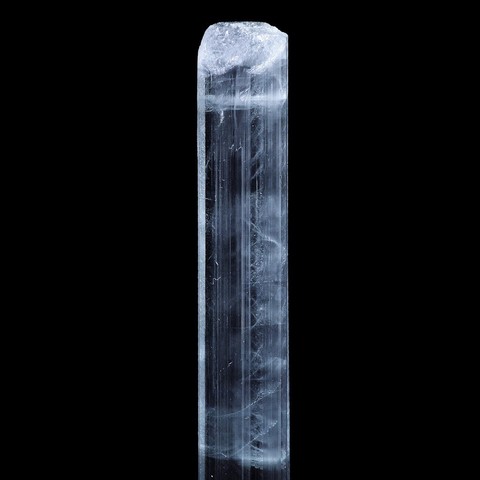 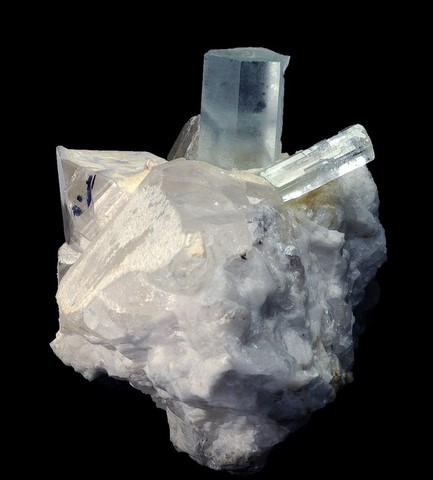 Among the classic fakes, there are assemblages of broken beryl crystals stuck on pieces of pegmatite (left picture). The collage is usually hide with crushed muscovite and not necessarily visible at first glance. Note that these fake are generally made in Pakistan with the material collected in this region, so it is not uncommon to find unlikely parageneses : aquamarine, topaz, pink fluorite, morganite, apatite, etc...

Because of the importance of aquamarine in jewelry, it is a gemstone that is widely treated. Indeed in nature, the crystals are generally near colorless. To remedy this "problem", aquamarine is very largely heated to improve the color, this treatment is impossible to detect without advanced laboratory equipment. Generally in the market, gemstones with a bright color without inclusion are usually all treated.

Finally in the same way like emeralds, aquamarine can be synthesized in laboratory, characteristic chevrons inclusions, visible under magnification, but only an expert eye can locate them. Further investigations based on the isotopy of oxygen allow to make the difference.