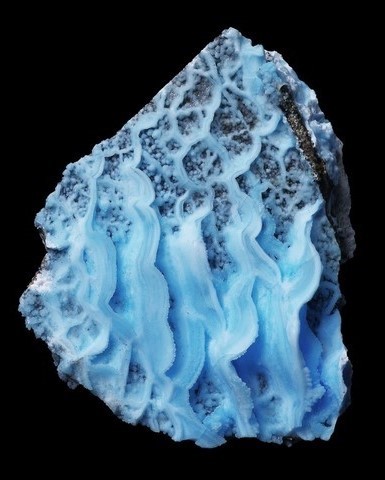 Gibbsite (formerly known as hydrargillite) is a secondary mineral, resulting mainly from the weathering of aluminum silicates in hot, humid climates, so it is found in bauxite deposits and laterites. By metamorphism it first produces diaspore then corundum, its dehydration leading to the formation of boehmite. It is a mineral that is also reported in low temperature hydrothermal contexts, where it is formed at the expense of aluminum silicates (nepheline). It owes its name to the American collector Georges Gibbs (1776-1833). Pseudohexagonal and flattened tabular crystals are rare (up to 3 cm). Gibbsite occurs mainly in crusts and lamellar to acicular aggregates, in cryptocrystalline masses compact to earthy of various facies : in spherical or lamellar concretions sometimes vaguely fibrous, or stalactitic or botryoidal. It is a translucent to transparent, colorless, sometimes gray, green, blue, yellow or reddish mineral. Gibbsite is a major aluminum ore exploited through bauxites, of which it is one of the main constituents. It is a mineral little known collectors but can take very attractive shades and forms... 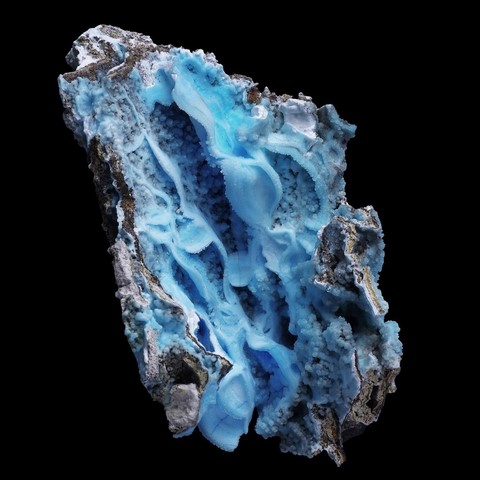 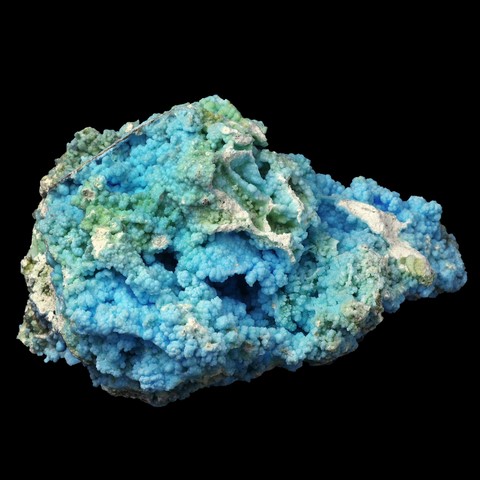 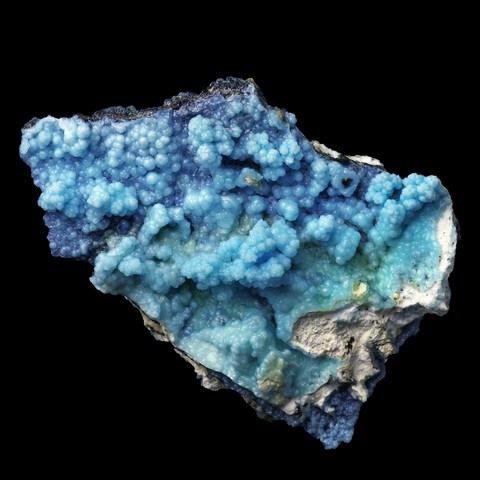 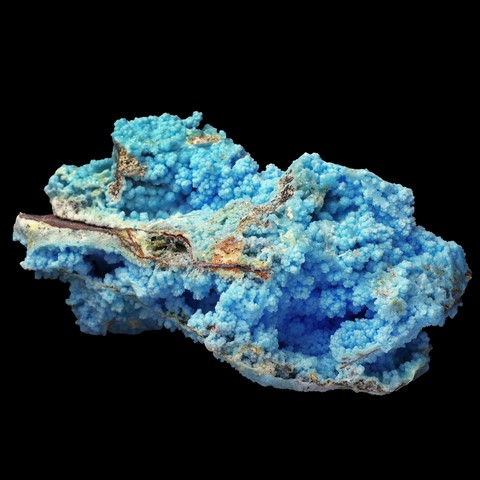 Gibbsite in the World

The best gibbsite crystals as well as spectacular masses of boehmite come from the Ouro Preto deposits (Minas Gerais, Brazil) and highly decorative limonite fibro-ligated aggregates were extracted from the Richmond bauxite mine (Massachussets, USA). The alkaline rocks of Langesundsfjord in Norway have also produced interesting specimens. Beautiful blue sky crusts have also been discovered in China in Wenshan (Yunnan) and Xianghualing Mine (Hunan) 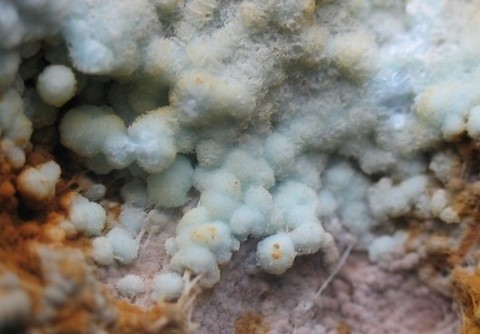 In France, gibbsite is present in bauxite deposits, notably at Baux-de-Provence, and has also been reported at the Moulinal Mine in the Tarn (photo on right - Copyright Jacques-Yves Desescaut). The spectacular samples are non-existent on the French territory.

The twinning is common for this species but rarely observable, because the crystals being only rarely developed. Twnning on [130] as double axis is very common. On {001}, common, usually in combination with other twin laws. On {100}, unusual and rare on {110}.

No fake inventories for this species except sometimes labeling errors with minerals such as hemimorphite...