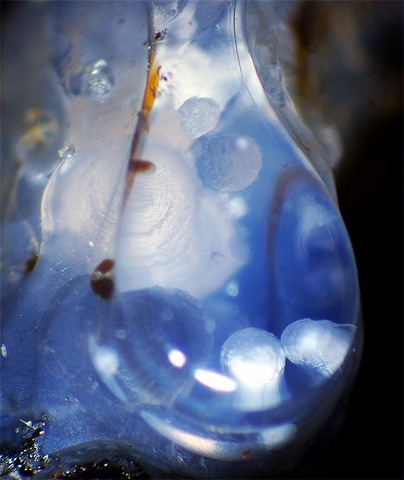 It is in the volcano-sedimentary ensemble of the Plain of Limagne (Puy-de-Dôme, France) that lussatite was described for the first time in 1863 by the English S. POULETT, it owes its name to the small village of Lussat, always evoked like the type-locality. Its matrices can be as well limestones as breccias due to phreatomagmatism (peperites). In 1890, E. MALLARD observes that lussatite is present on the surface of some quartz of Pont-du-Château, or forming orbicules in the Lussat bitumen deposit. In thin section, lussatite appears fibrous and has the optical characteristics of be very birefringent (black to gray under analyzed polarized light), having a straight extinction and an elongation optical sign positive. It is on this last point that it differs readily from the chalcedony with which it is always associated, and whose elongation is strictly negative. Chalcedony occurs in the center of the orbicules but also in ovoid masses ("wasp nests") in the middle of the fibers of lussatite. The chalcedony may be much more present than the lussatite itself and develop into chalcedonyous flowers, the fibers of which turn around their axes of elongation and end in automorphic quartz. It is a low temperature hydrothermal mineral variety assimilated to opal-CT. It is always colorless, but due to the presence of organic matter on the mineralization, diffusion phenomena can give it shades blue (Tyndall effect), green, yellow, brown, orange-red, violet, black. It bleaches due to weathering and dehydration. 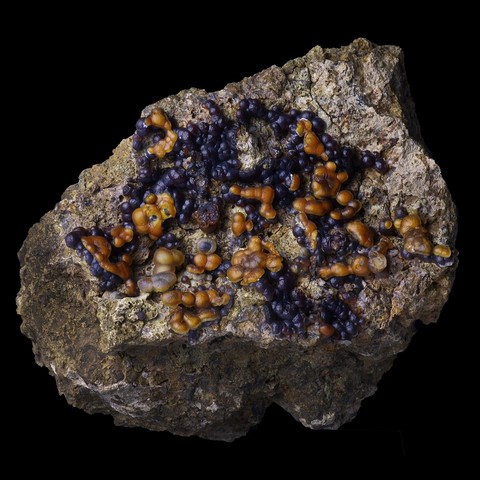 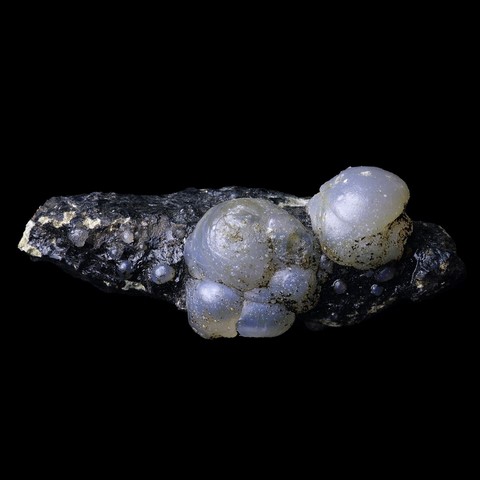 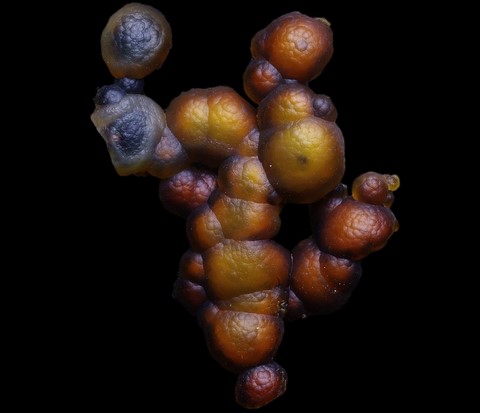 The lussatite, a mineral variety exclusively from Limagne Plain ? It has always been said and written... However, it would have been reported in the Faroe Islands, Cornwall and Tresztyan in Hungary, Weitendorf and Styria in Austria, in Chvaletice in the Czech Republic where it would be present in a epithermal vein with rhodochrosite, in Moravia... Unfortunately no accurate descriptions of samples or photos could be found.
(Sample opposite come from Puy de la Bourrière, Lempdes, Puy-de-Dôme, France) 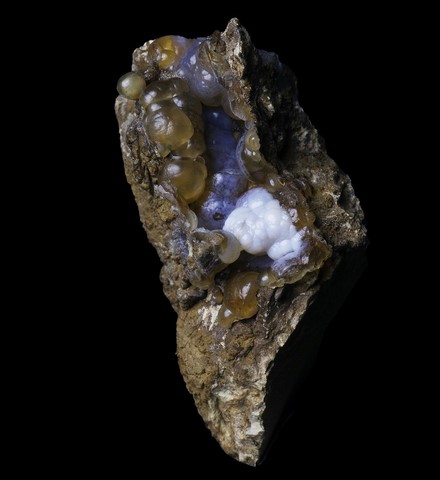 Lussatite occurs only in the basin of Limagne (Puy-de-Dôme, France). The most beautiful samples come from the Mine des Rois of Dallet and the Mine du Champs des Poix of Pont-du-Château. Many small gites have also produced nice pieces in small quantities : the Puy de Crouel, Puy de la Bourriere, Lussat, the Gandaillat quarry, etc...

These mineralizations are derived from circulations of hydrothermal fluids. It happens that some fossils, bones or helix ramondi are filled with silica, molding the shape of the dead body. Below it is a spectacular specimen with 22 transformed helix ramondi landsnails. 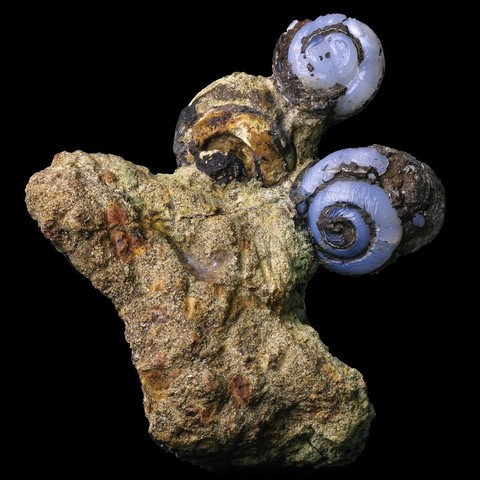 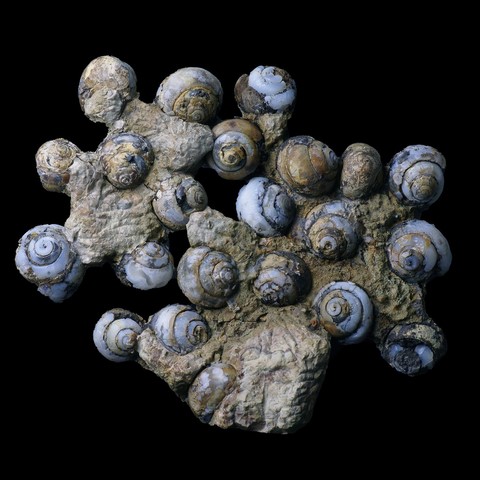 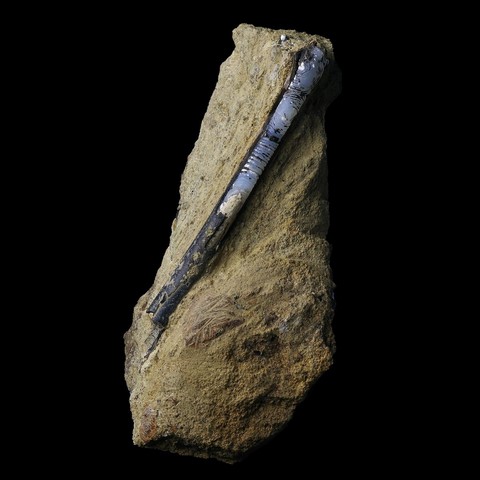 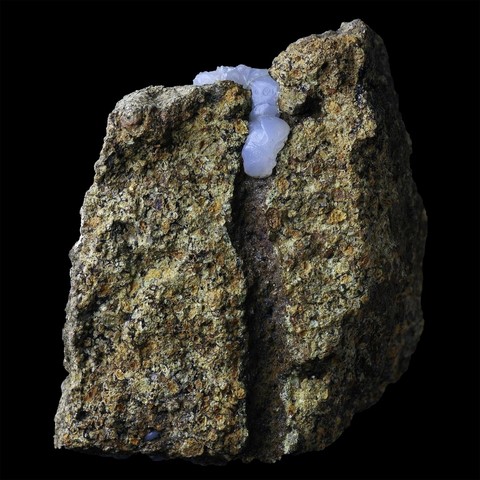 Some old pieces from the Mine des Rois have flowers or orbicules that could be reglued on the matrix with the bitumen (in their original locations or not).

Some chalcedonies of Brazil (photo opposite) can resemble Limagne's chalcedonious flowers and are regularly sold as such, they are easy to recognize due to the systematic absence of bitumen and matrix.