Muscovite is a very important and extremely frequent phyllosilicate of the mica group. Its name comes from the Latin vitrum muscoviticum (Moscow glass); indeed it was exported in the past via Moscow in large transparent sheets under this name, it was used as window panes. It is an essential constituent of many metamorphic rocks (micaschists, gneisses), most leucogranites and greisens, pegmatites where it reaches its maximum development, detrital sedimentary rocks because of its near inalterability, and hydrothermal veins. It is however absent from volcanic rocks. Muscovite has several varieties : fuchsite (green due to the presence of chromium), phengite (low aluminum content), damourite and sericite, fine varieties that announce the transition to clays, and alurgite (rare muscovite manganiferous purple tint). Muscovite has a very characteristic habitus in transparent colorless to silvery-white lamellae, sometimes greenish, yellowish or brownish, which are easily disintegrated with the fingernail thanks to the existence of a perfect cleavage. It also occurs in laminar masses, more rarely in tabular crystals with pseudohexagonal or lozenge outlines. It can form enormous monomineral masses. It is an industrial mineral used mainly for its insulating properties. 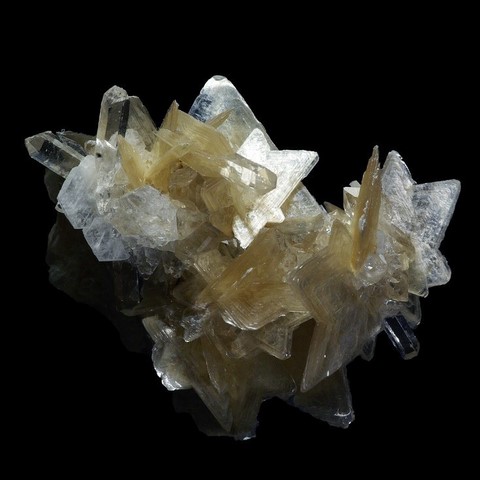 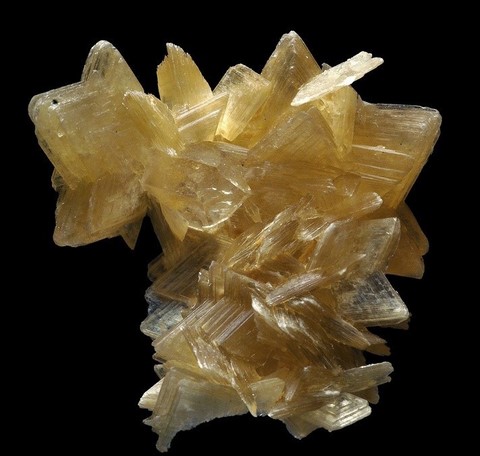 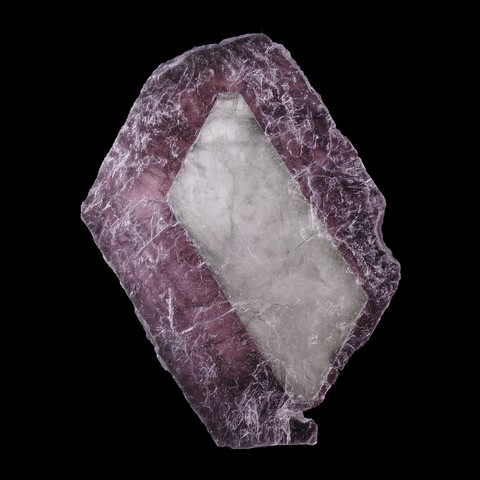 Muscovite in the World 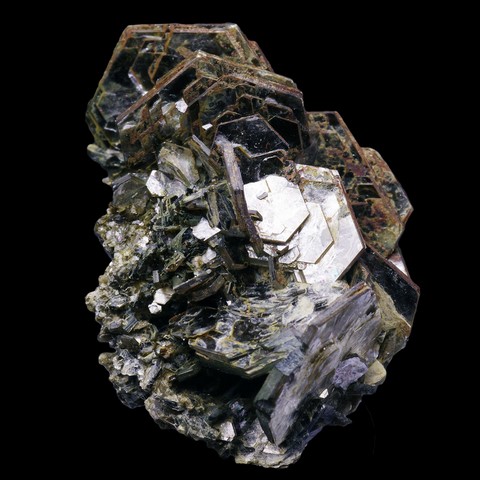 Stunning muscovite crystals have been produced by many worldwide locations. The Inikurti pegmatite, near Nellore (India), for example, yielded a crystal 4.5 meters long and 3 meters in diameter exploited in 85 tonnes of material ! Multiple pegmatites from Minas Gerais (Brazil) have yielded magnificent samples exposing various facies, such as Cruzeiro, Zé Pinto or Virgem da Lapa, whose pseudohexagonal tabular crystals reach 25 cm, and produce very beautiful star-shaped or d-tail twins. dove. Also in Minas Gerais, Golconda produces superb decimetric tabular crystals and brown-yellow to red crystalline masses, exploited for decoration. The American pegmatites of Maine, Massachusetts and Pennsylvania exploit large muscovite blades, as does the Mica mine (South Africa) where plates exceeding one square meter are not uncommon, and the site of Mam (Siberia).

In France, good specimens of muscovite have been extracted from pegmatites in Brittany and Limousin (Chanteloube).