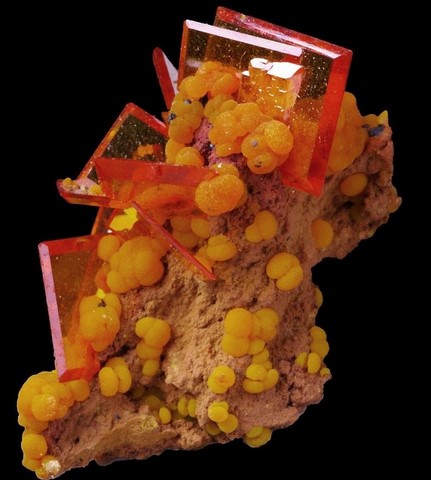 Due to its color, wulfenite is one of the most remarkable secondary lead minerals. It develops mainly in arid to semi-arid climate, it is a rare lead molybdate of the same atomic structure as scheelite or powellite. Molybdenum can be partially replaced by tungsten (up to more than 20% in the chillagite variety). Its name comes from the Austrian mineralogist Franz Xavier Wülfen who studied the lead ores of Carinthia (Austria). The wulfenite occurs always in clear crystals, their shapes being closely related to the acidity and oxidative character of the crystallization environment : most often in thin square tablets, and more rarely in elongated tetragonal octahedra, it is also rarely found in prisms or pseudo-cubes. The color is usually yellow, orange to orange-red, becoming bright red in the presence of chromium (1 to 3% in the Anarak deposit in Iran). It is exceptionally colorless to bluish-gray. Its luster is intense because of its high refractive index (2.4), the highest of all lead minerals. Due to its colors, wulfenite is highly sought after by collectors, it is also a very occasional ore of lead and molybdenum. 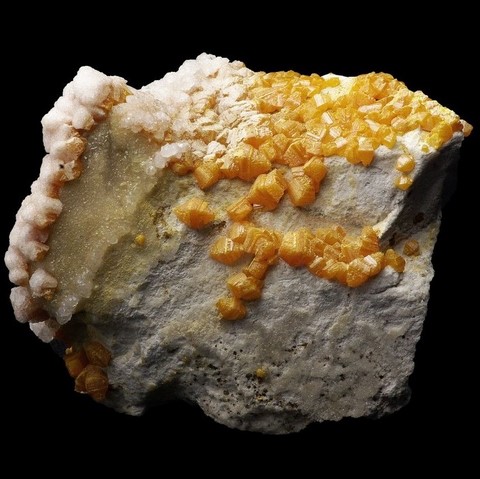 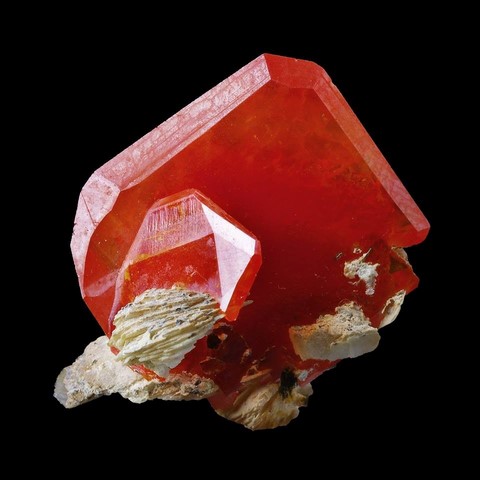 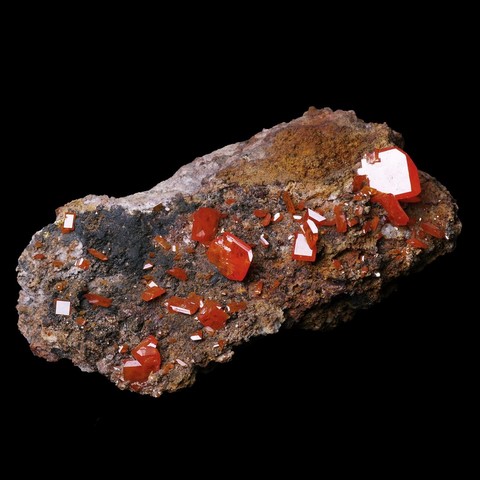 Wulfenite in the World

In France, the Farges lead deposit (Corrèze) produced bright orange transparent lamellar crystals up to 10 mm. We must also mention the mines of Lantignié (Rhône), fluorite and barite mines located in the middle of the Beaujolais vineyards. The wulfenite crystals are bright yellow, orange, reddish brown or greyish-brown. The most beautiful tabular specimens can reach 20 mm. 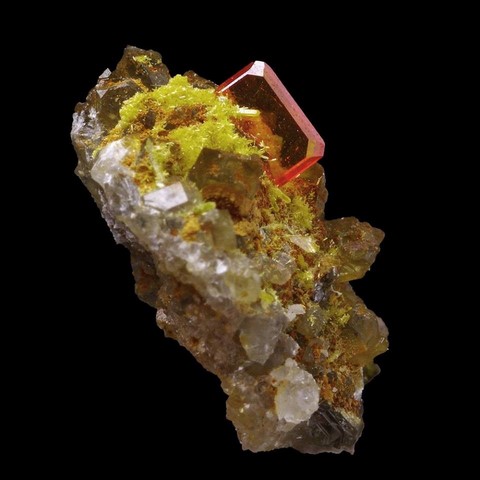 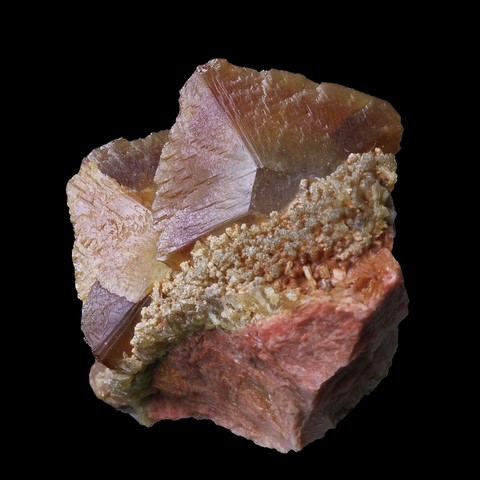 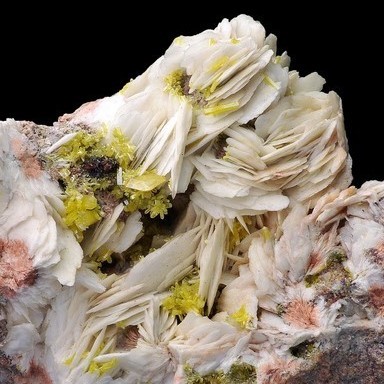 Wulfenite can be twinned on {001} which is fairly common but difficult to observe because of the flattened morphology of most crystals. However, we can see it on crystals with tetragonal morphology on the Mezica deposit especially (photo right). 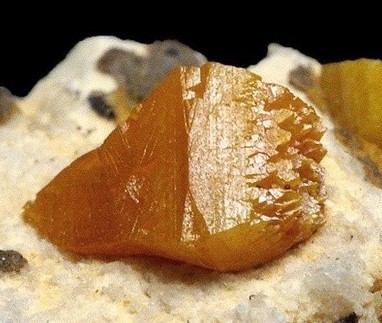 The wulfenite strongly resembles the potassium dichromate crystals (left), which are obtained by evaporating a saturated solution (in the same way as the blue crystals of copper sulphate). Some unscrupulous sellers have sold these "lopezites" (commercial name of this synthesis) for wulfenite. The crystals of "lopezite" are not stable and dissolve in water by dyeing bright orange whereas wulfenite does not. It should be remembered that potassium dichromate is extremely toxic to humans and their environment, see our article on this topic here : Lopezite : an extremely dangerous fake