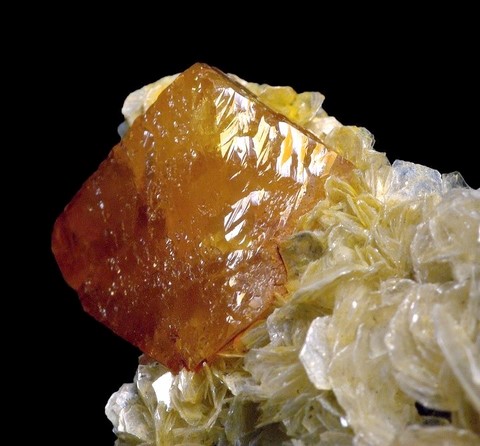 Scheelite is along with wolframite the most common of the tungsten minerals. It forms a limited solite solution with powellite, by partial replacement of tungsten by molybdenum (up to 24% MoO3). Scheelite generally crystallizes under high temperature conditions in association with acidic intrusive rocks (granites or granodiorites) : mineralized skarns (tactites) of pyrometasomatic origin in limestone rocks (with garnet, epidote, diopside, pyrrhotite, molybdenite, chalcopyrite), pneumatolytic deposits (greisens, quartz veins with wolframite and bismuth, perigranitic gold veins...), rarely in pegmatites. Scheelite, like wolframite, also exists in stratiform-looking concentrations, concordant in generally calcareous metamorphic series (South Africa, Brazil). It owes its name to the Swedish chemist Karl Wilhelm Scheele who demonstrated the existence of tungstic oxide in this mineral in 1781. He isolated hydrogen, discovered oxygen, chlorine, glycerin and several mineral acids. Of fatty luster to sometimes adamantine, of high density (6.1), its color is variable, most often colorless or white, yellow, sometimes gray, orange to red, brownish, etc... Scheelite is frequently crystallized in tetragonal octahedra that can measure more than 15 cm. However, it is most often massive and imbricated in many matrix minerals ; its bright white-blue fluorescence under short UV light is very useful in identifying it. Almost unalterable, it is common in alluvium. Its transformation at high temperature into ferberite (pseudomorph called reinite) is frequent in pneumatolytic veins : the octahedral habit is generally well preserved but the crystal acquires a porous appearance. Along with ferberite, scheelite is the most important tungsten ore, when the crystals are transparent it can be cut into gemstones. 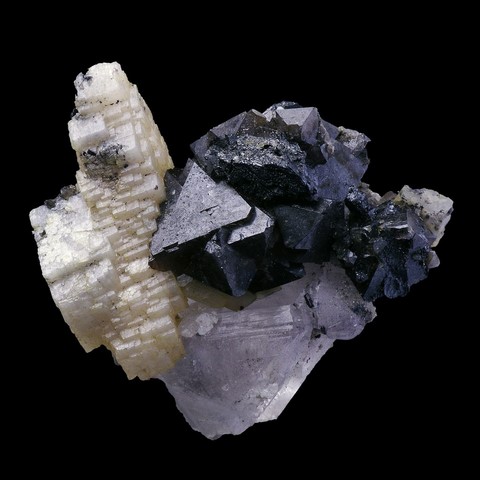 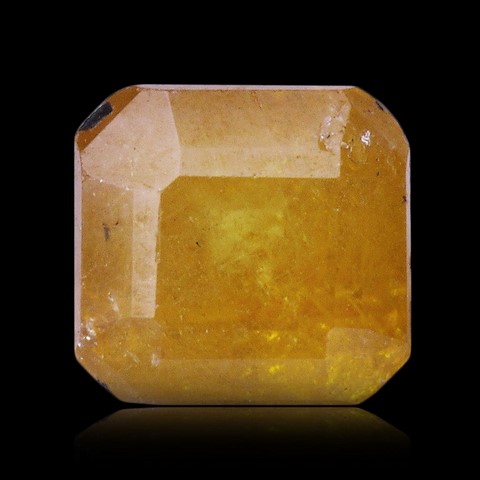 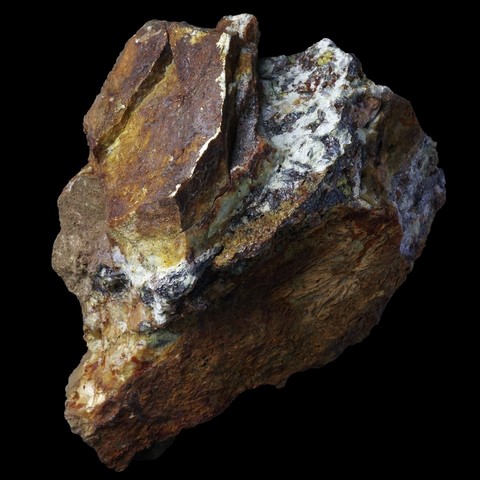 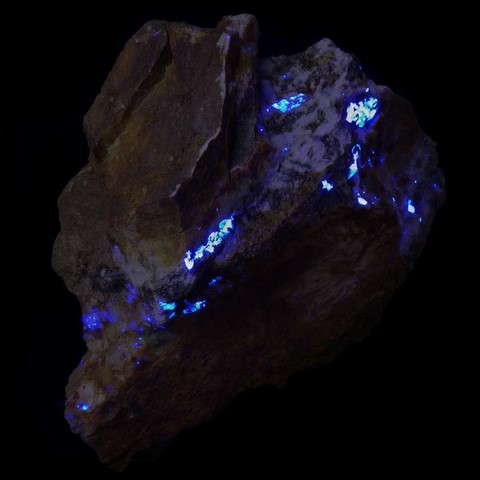 Scheelite in the World

The finest known specimens of scheelite come from the Taewha tungsten mine (South Korea), where extraordinary 15 cm ridge octahedra, yellow, orange-brown or brown have been mined. The district of Sichuan (China) produced magnificent 10 cm orange gemmy crystals as well as the Spanish mine of Esteponi, near Malaga (10 cm honey to orange gemmy crystals). The Brazilian gold mine of Morro Velho contains magnificent acute octahedra up to 4.5 cm, and the gold veins of Baia Sprie (Romania), curious 4 cm gray-blue octahedra implanted on calcite. In Arizona, the Cohen mine (Willcox) produced remarkable orange crystals weighing 7 kg. Although rare in alpine clefts, scheelite is however known in crystals of 8 cm in Raviser Tal and Knappenwand (Austria).

In France, splendid octahedra up to 10 cm intact or transformed in ferberite ("reinite"), were extracted from the Limousin mine of Puy-des-Vignes (Haute-Vienne). The hematite site of Framont (Vosges) gave good 15 mm brown octahedra on fluorite. The Tournebise deposit near Pontgibaud (Puy-de-Dôme) provided rare crystals, the scheelite is most often massive, it is also found in Echassières (Allier) and in many other localities in trace or in micro-crystals.

The twins on {110} are common by interpenetration and contact.

No fake recorded for this mineral.