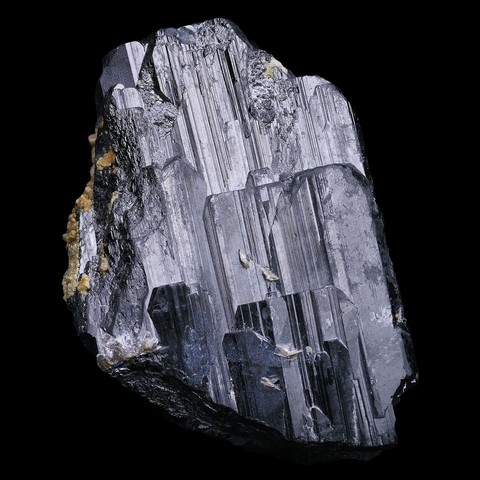 Wolframite is the general term for the continuous solid solution ranging from hubnerite (MnWO4) to ferberite (FeWO4), although some authors restrict this name to most of the solid solution (between 20% and 80 % substitution of iron by manganese and vice versa). In the absence of precise analysis allowing to differentiate these two minerals, the term of wolframite is always used. It owes its name to the wolfram it contains (French and German terms for tungsten). The minerals of the wolframite group form prismatic lamellar crystals, more rarely flat needles united in sheaves, usually black in color, sometimes reddish-brown (hubnerite), of high density (greater than 7), present in pneumatolytic mineralization and the high temperature quartz veins around the granites. They are relatively alterable and do not keep well in alluvium. Wolframite is, in the broadest sense, the most important tungsten ore. 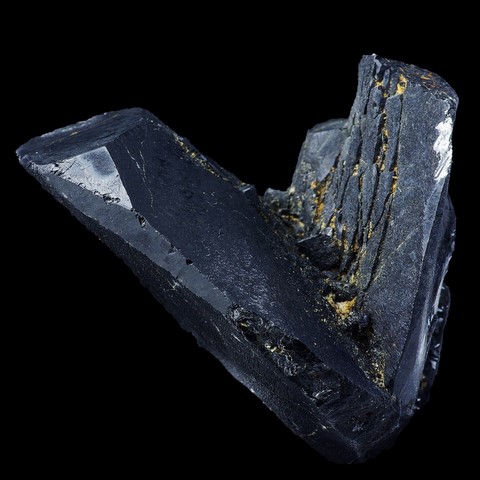 Twinned ferberite from Tasna Mine, Bolivia 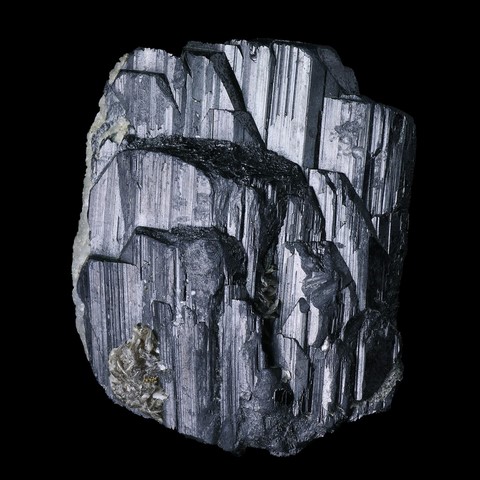 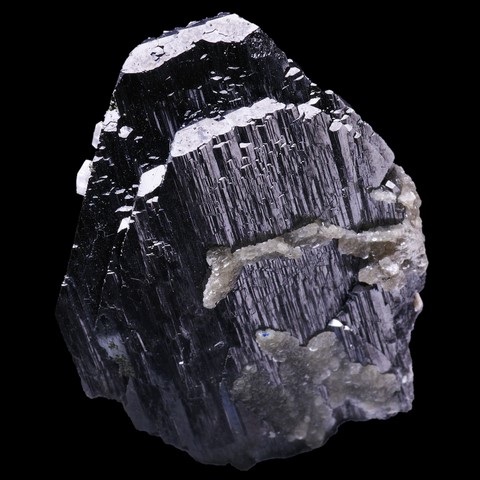 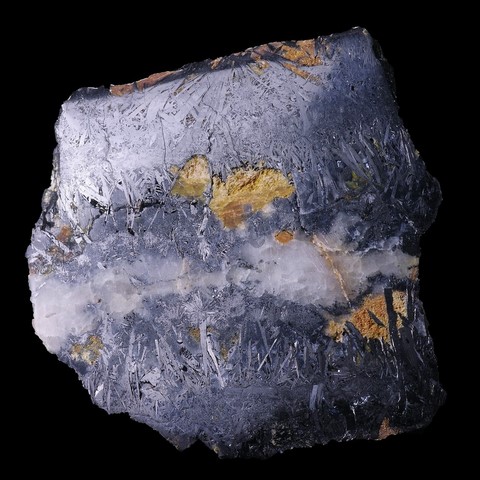 Wolframite in the World

Ferberite : the most beautiful samples are lamellar crystals exceeding 20 cm. Several mines in the world have produced such remarkable specimens : Panasqueira (Portugal), in association with arsenopyrite and apatite ; Schlaggenwald (or Horni Slavkov) and Cinovec (or Zinnwald) in Czech Bohemia ; Tong-Wha (Korea) ; Llallagua (Siglo XX mine) in Bolivia where the 20 cm tabular crystals implanted on quartz prisms are considered to be the most beautiful in the World. More recently, the Chinese deposit of Yaogangxian Mine, Hunan, China, has provided superb groups of bright crystals whose commonly exceed 10 cm in size.

Hubnerite : the most beautiful groups are Peruvian and come from the Pasto Bueno and Mondo Nuevo deposits. They are elongated tabular crystals exceeding 15 cm, translucent, of deep red colors, implanted on prismatic quartz crystals. The Japanese mine of Kurasawa (Honshû) also supplied superb large crystals, as well as the Brazilian deposit of Lovra de Cobra, and some mines of Colorado (Sweet Home, Silverton).

Hubnerite : in France, hubnerite is present in centimetric crystals in the kaolin quarries of Echassières (Les Montmins and Le Mazet).