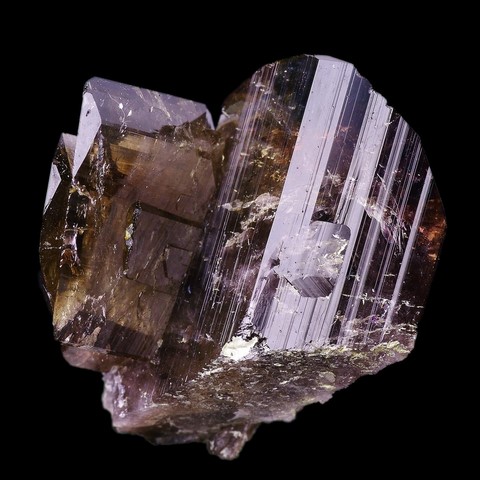 Formerly considered as a mineral in its own right, axinite is today a group made up of several mineral species: axinite-(Fe) (iron), axinite-(Mn) (manganiferous), axinite-(Mg) (magnesian) and tinzenite (iron and manganese). It owes its name to the Greek axin (ax) by allusion to the sharp aspect in the shape of ax of its crystals. It is a group of minerals of contact metamorphism, notably skarns, alpine fissures and some stanniferous hydrothermal veins (tin). Its genesis seems dependent on the action of pneumatolytic fluids from hyperacid magmatic rocks. The axinite is generally well crystallized in very flat parallelepipeds with sharp edges with certain striated faces, sometimes in strips with rounded contours : it is also grainy or massive. Bright, axinite is orange to violet sometimes yellow, more or less greenish. Its most beautiful crystals come from the Alpine fissures of the Alps. It is a mineral occasionally used as a gemstone. 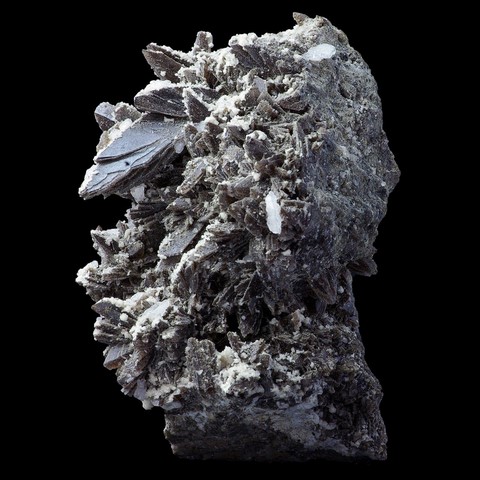 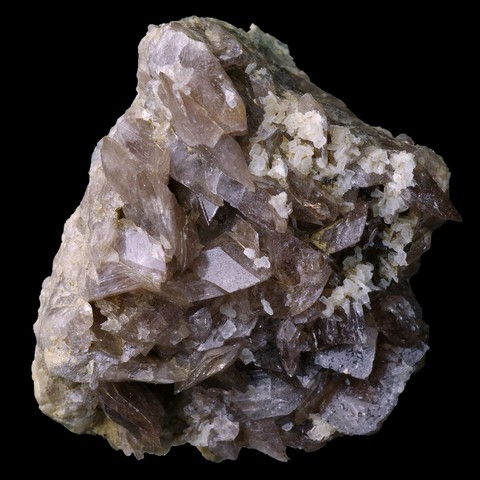 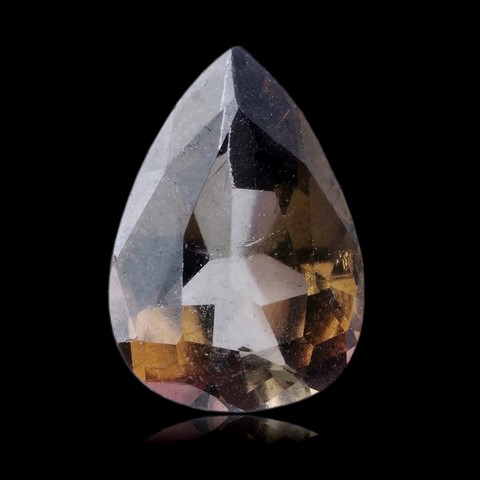 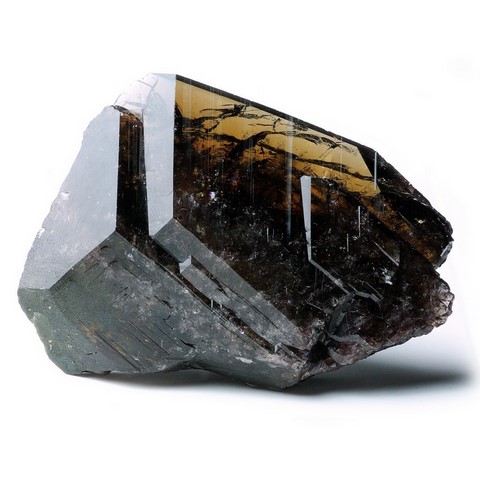 Axinite in the World

Axinite-(Mn) : is found in superb crystals in the Japanese deposits of Toroku and Obira (Kyûshû, Japan). It is common in an original site : the large metamorphic zinc deposit of Franklin (New Jersey). It is also found on the Russian site of Dalnegorsk. In France, it is known as beautiful centimetric crystals in the metamorphic limestones of Arbizon and Pic d'Espada in the Hautes-Pyrénées.

Axinite-(Mg) : it is known as superb gem crystals in Coarsegold and Moosa Canyon (Bonsall), in California and is reported in Luning (Nevada), London Bridge (Australia) and Arusha (Tanzania).

Tinzenite : the most beautiful crystals are found in the Alpine fissures of Tinzen (Tinizong), in the Swiss Grisons. It is also known in the ophiolites of Chiavari (Liguria, Italy) and in Akatore Creek (New Zealand).

Axinite has no twinned crystals known.