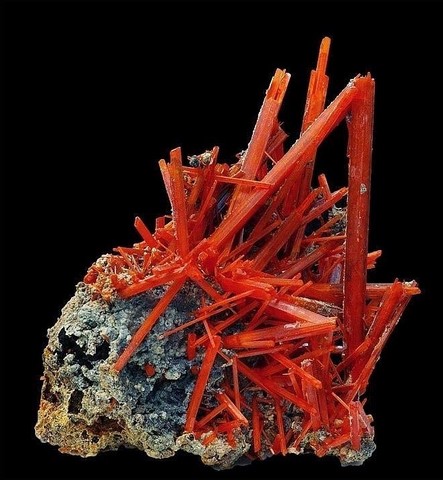 Crocoite is a rare lead chromate, known in the oxidation zone of lead deposits, especially those located near ultra-basic chromium-rich rocks. Its name comes from the Greek krokos (saffron), because of its color. It appears in elongated to acicular prisms, sometimes hollow, with the faces of the prism often striated or grooved longitudinally. The crystals are frequently convex and sometimes take on a pseudo-octahedral appearance, but terminations are rare. Crocoite is transparent to translucent, with an adamantine luster. Its color is characteristic : vermilion red to bright orange-red, as well as its saffron streak and its high density of nearly 6. Its color fades to brick red in the light. This mineral is too rare to constitute a chromium ore, yet it was in the latter that it was discovered in 1797 by Vauquelin. Crystals are sought after by collectors. 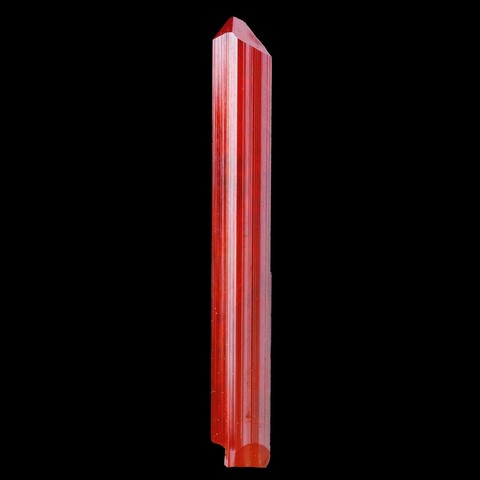 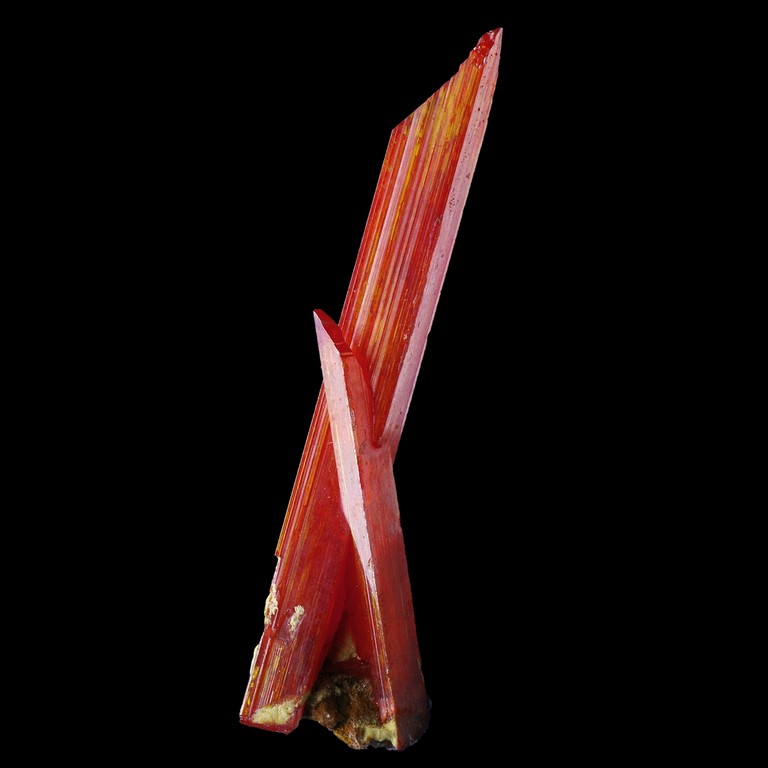 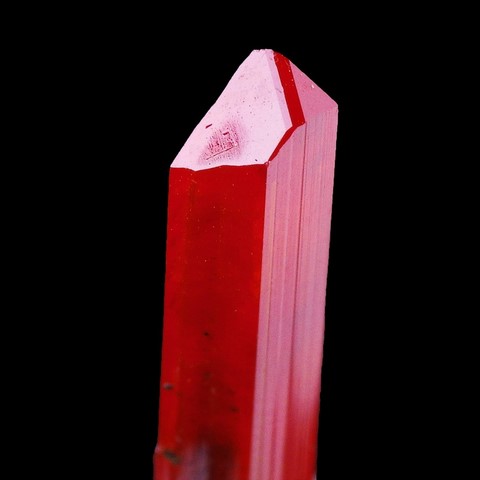 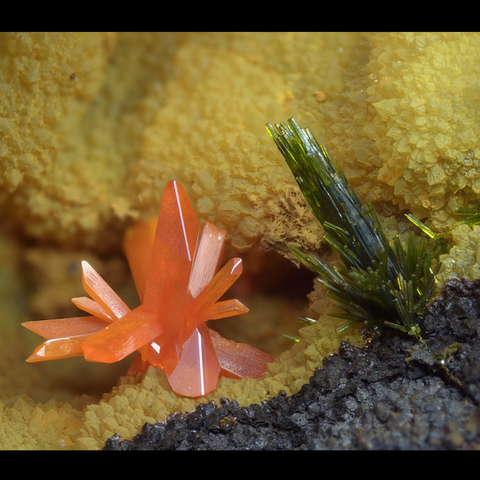 Extraordinary samples, the finest known, come from the lead mines of the Dundas district in Tasmania (Australia) ; they are superb shiny crystals, commonly exceeding 10 cm, implanted on a matrix of limonite often partially covered with massicot (PbO), and accompanied by vauquelinite, pyromorphite and dundasite. The Beresovsk gold vein discovery site in the Russian Urals also provided decimetric crystals but of lower quality than those from Tasmania. Congonhas de Campo (Minas Gerais, Brazil) yielded good crystals (sometimes 10 cm), as did the German deposits of Ober-Callenberg (Saxony).

In France, the lead vein of Nontron provided some small crystals (10 mm maximum) with pyromorphite.

No false recorded for this species.