Goethite, the natural "rust", is one of the most common minerals. Although it is an iron hydroxide, it often contains a little manganese as well as absorbed water. Goethite is formed under oxidative conditions, by stabilization of more or less colloidal hydroxides : the limonites. It is found in very many geological entities, and almost in all those subjected to atmospheric alteration, goethite being the most common iron oxide. It coats the surface of rocks and sometimes constitutes imposing clusters in the oxidation zone of sulphide deposits and siderite veins (the "gossans"). It can also constitute thick layers in the sedimentary deposits of oolitic iron, associated with hematite and magnetite, lateritic breastplates, etc... It owes its name to the famous German poet, philosopher and scientist Johann Wolfgang Goethe (1749- 1832), who was a great lover and mineral collector. Goethite forms beautiful prismatic crystals more or less lamellar or flattened, elongated, grouped in radiant sprays, or in velvety capillary aggregates. It is most commonly massive with fibrous to fibroradiated structure, sometimes columnar, or in compact, fibrous or concreted nodule. The surface of the concretions is smooth and ribbed. Goethite is also cryptocrystalline or in oolitic or earthy masses, and has a variable brightness depending on the crystallinity : submetallic to adamantine, sometimes dull or silky in the fibrous varieties. Its color is black, brown-black, dark red-brown to brown-yellow, with a yellow to brown-yellow trace. Goethite is an important iron ore, often predominant in the surface parts of deposits. The goethite of iron caps is however little appreciated as an ore because of the frequent and penalizing presence of other metals. In ochres, it plays an important role of pigment. 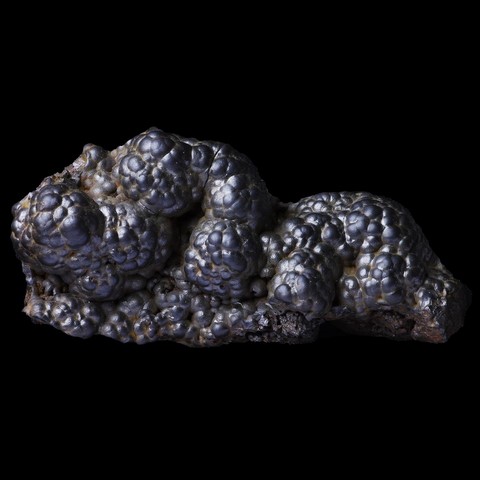 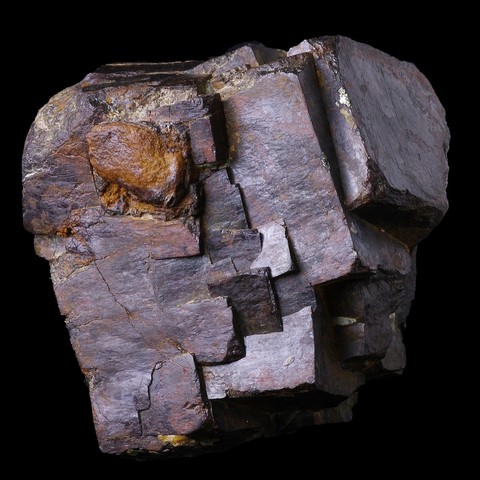 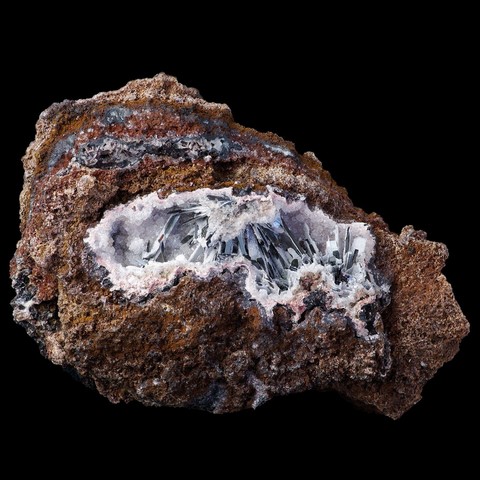 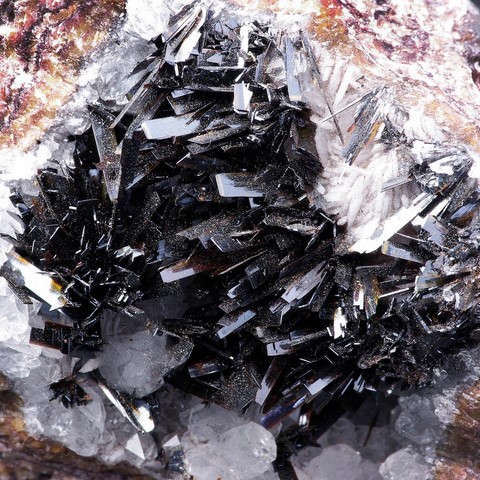 Goethite in the World

The beautiful samples are common. Among the most spectacular, there are the superb 4 cm by 1 cm thick prismatic crystals on quartz from the Resthormel mine, and the centimetric crystals from Botallack (Cornwall). Lamellar crystals larger than 5 cm, grouped in sheaves, from Pikes Peak (Colorado) are also very well known. The amethyst geodes of the Tichka Pass (Morocco) contain spherical sets of goethite up to 20 cm in diameter. We also note the beautiful samples from Ouro Preto (Minas Gerais, Brazil), from Florissant (Colorado), and the needle crystal geodes from goethite ("coconuts") from the Sierra Gallego (Mexico). In the superficial part of the sulfur deposits in the Tio Tinto region (Andalusia, Spain), millions of tons of pyrite have been intensely transformed into goethite, which exhibits large nippled surfaces rich in multicolored iridescence, with dominance of light green and rose ("turgite" variety).

Goethite pseudomorphs after pyrite are common, which may itself have epigenized fossils (ammonites, belemnites, etc.). We speak of limonitized pyrite, limonitization is in fact a transformation into several ferrous minerals : generally goethite, hematite, etc...