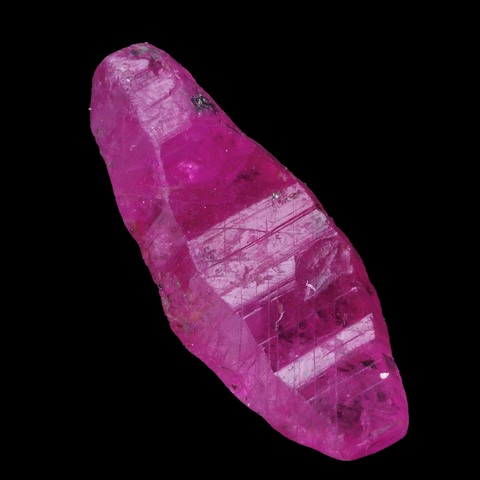 Corundum is a very common accessory mineral of aluminous rocks : metamorphic rocks low in silica (mica-schists, eclogites), magmatic rocks undersaturated in silica (syenites, nepheline syenites), aluminous enclaves of volcanic rocks, recrystallized laterites and bauxites, marbles and cipolins, and desilicified pegmatitic veins. Unalterable, it is frequently found in concentrations in alluvial deposits. Its name comes from the Tamil kurundam, the Sanskrit kurivinda, the Hindi karand and the ancient Indian kauruntaka, these terms designating the corundum gems, rubies and sapphires, known since Antiquity and also mentioned by Pliny the Elder. Corundum generally comes in rough hexagonal crystals with rounded faces that can exceptionally exceed one meter. The crystals adopt the shapes of acute or truncated pyramids, short prisms, rarely lamellar, barrels, or barrels with sometimes striated faces. Corundum can also be massive with often 3 almost tri-rectangular pseudocleavages, or in rounded grains. It is a mineral that can be transparent (gem varieties) to almost opaque, with a vitreous to adamantine luster, pearly or silky, of very high hardness (9 on the Mohs scale). Its color is variablen: greyish with various shades of brown to black, pink-red, orange, yellow, blue to purple, green. Corundum has two gemstone varieties that are highly sought after in jewelry : ruby (red) and sapphire (blue, purple, yellow or pink). In addition to its use in jewelry, corundum is used as an abrasive due to its high hardness. 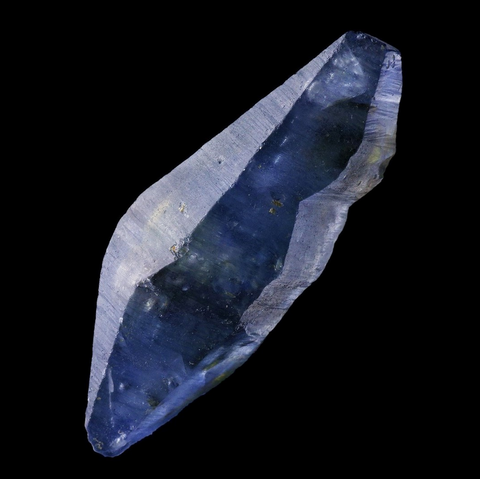 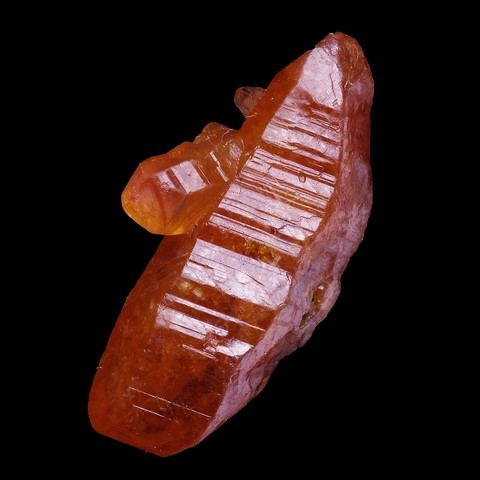 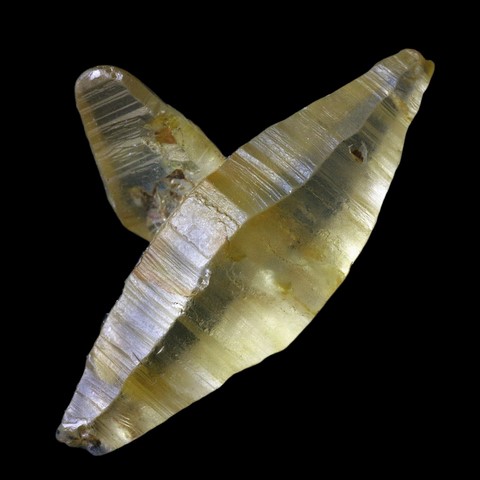 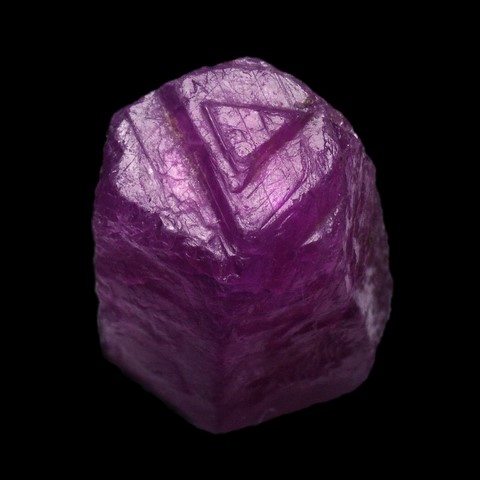 Corundum in the World

The deposits in South Africa (North Transvaal and North Cape) provided the largest known crystals (more than one meter for 150 kg), often extracted from pegmatites. The deposits in the eastern United States have also provided large specimens, as have the Tete pegmatites (Mozambique), where the hexagonal crystals exceed 150 kg. Let us also mention the magnificent red crystals, sometimes gemmy, of decimetric size, embedded in the green zoisite of the Tsavo reserve (Kenya), and constituting an extraordinary ornamental stone. The island of Naxos (Greece) is famous for its deposits of emery (a natural mixture of corundum grains and magnetite) of black color, exploited since Antiquity; they come from the metamorphism of bauxites. 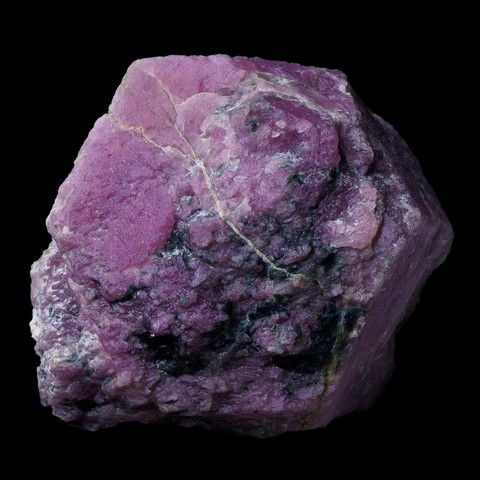 In France, corundum is reported at the Pont de la Rode in Aveyron which produced hexagonal crystals of the order of 4 cm in section, these are certainly the largest in Metropolitan France (photo on the right). Corundum is also found in the alluvium of many streams in the Massif Central but their size is generally millimeter, even if exceptionally some sapphires from Limagne volcanism in the region of Issoire (Puy-de-Dôme) could weigh more of 100 ct. 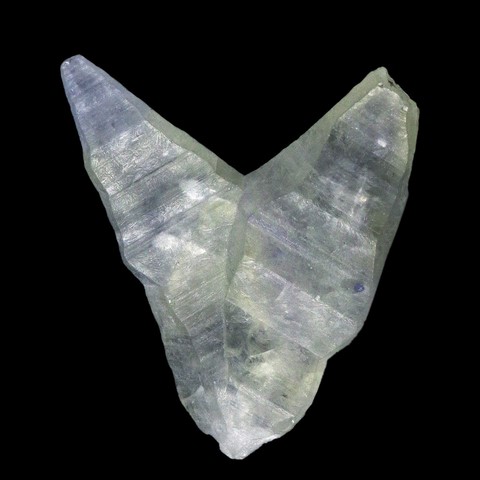 Corundum twins are common on {1011}; usually lamellar. Less common, we note the twins by interpenetrations of the tabular crystals on {1120}, forming crosses or arrowheads (photo on the left).

There are many treatments, syntheses and imitations for corundum because of the importance of its gem varieties on the gemstone market. These are detailed respectively in the sapphire and ruby sheets.