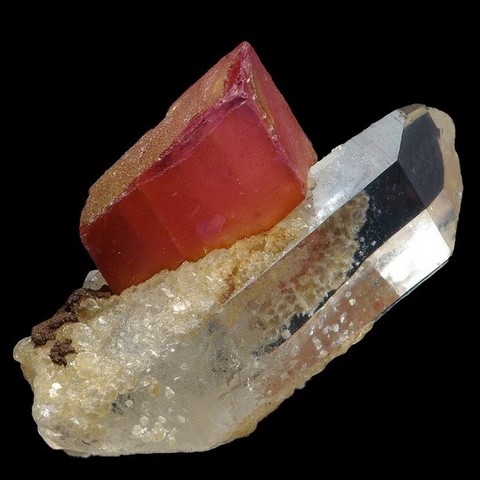 Rhodochrosite is a manganese carbonate belonging to the group of calcite. It forms a complete series with siderite due to the substitution of Mn by Fe2+, as well as a partial series with calcite (partial substitution of Mn by Ca). Its name comes from the Greek rhodon (pink) and chroma (color). It is generally found as matrix of hydrothermal veins of low and medium temperature (Peru, Mexico, USA, Argentina, etc.) but also in masses in some sedimentary formations, and finally it may be the product of late reworking in large deposits of manganese (Gabon). It generally crystallizes in transparent to translucent rhombohedra (photo on the left), more rarely in scalenohedra, but it can also constitute important botryoidal or stalactiform clusters. Mostly pink, it can also sometimes wear a magnificent bright red ; however under surface conditions the rhodochrosite is unstable and rapidly overlaps with a brown to black pyrolusite coating. It is a mineral that is appreciated in jewelery for its color, it also uses as an ornamental stone, the large masses extracted in Argentina allowed to carve trinkets and objects for decoration, on the other hand it is a secondary manganese ore. 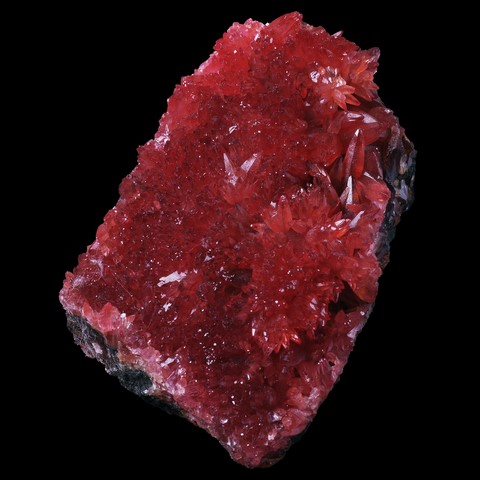 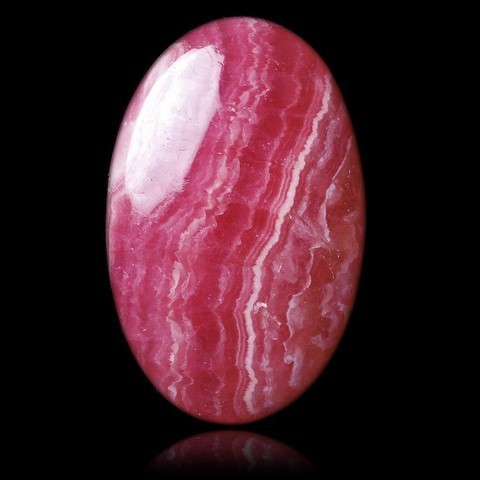 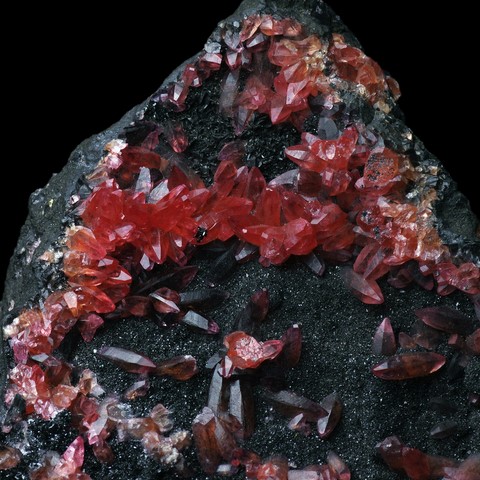 Rhodochrosite in the World 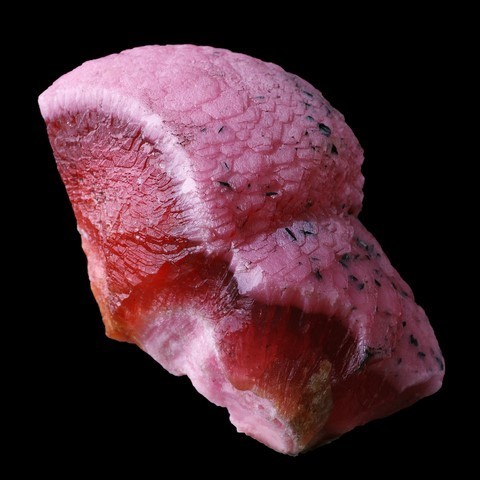 The most spectacular crystals of rhodochrosite originate from the Sweet Home mine in Colorado where ridge of some rhombohedra can reach 12 cm and are associated with quartz, sphalerite and fluorite. The South African Mines of Hotazel and N'Chwaning also produced exceptional bright red gemmy crystals  (scalenohedra up to 7 cm). Rhodochrosite is also very present in South America, Capillitas for examples have produced concretions in Argentina with decimetric stalactites, pale pink exteriors and bright red hearts regularly cut into polished slices. The Mexican mines of Santa Eulalia also delivered bright red rhombohedra of more than 5 cm on sulphides as well as pink to deep red botryoidal masses. Finally, extraordinary rhombohedra (up to 16 cm) were discovered in the Peruvian mine of Pasto Bueno, the Gabon mine of Moanda also provided large scalenohedra.
On the right, a botryoidal cluster of N'Chwaning Mine, South Africa.

In France, rhodochrosite is reported in many localities, especially in the "manganese belt" in the Pyrenees : Vieille-Aure, Nabias, Louron (Hautes-Pyrénées), Las Cabesses, Saint Girons Bagnères de Luchon (Haute-Garonne). Other occurrences exist in Brittany (near Guingamp), Haute-Saône (Faucogney-Saphoz), Hérault (Mas d'Alary), Rivet quarry (near Réalmont, Tarn) ; however the crystals are sytematically small and very light in color.

The rhodochrosite has the same twinning plane as the calcite on {0112}, but twinned crystals are rare. It is observed on some crystals coming from Mont St-Hilaire in Quebec, but these crystals are zoned by presenting successive layers alternating siderite-rhodochrosite in composition. 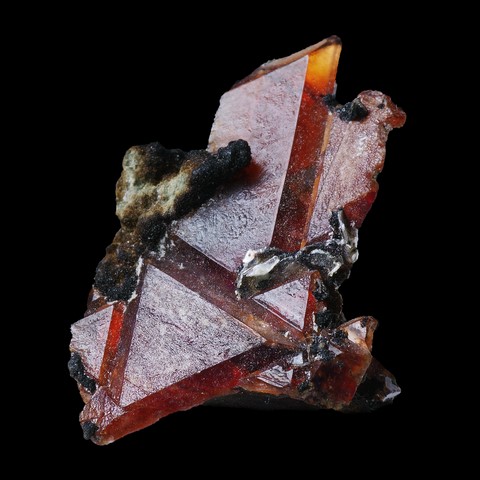 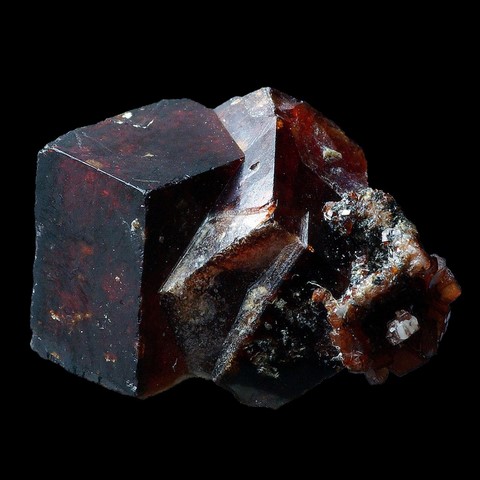 No fake known for this mineral.