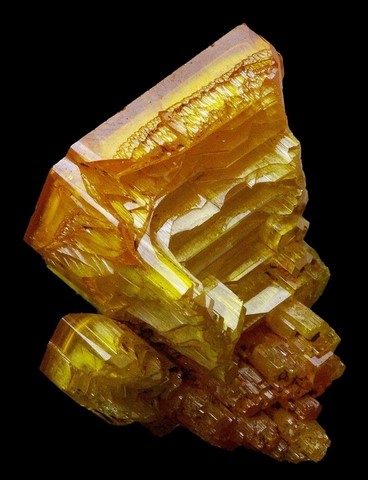 Mimetite belongs to the apatite group and is the arsenic pole of the mimetite-pyromorphite-vanadinite series. Very similar in appearance to the pyromorphite, it is from this characteristic that it owes its name : from the Greek mimetês (imitator). It is much rarer than the latter. Like pyromorphite, mimetite occurs in the oxidation zones of lead deposits. When pure, mimetite is colorless to yellowish with almost adamantine luster. It is a very rare case, the crystals are much more commonly yellow, yellow-orange to orange-red with resinous brightness, sometimes green. The crystals are prismatic surmounted by a pyramid, in hexagonal barrels with curved edges (campylite facies) or in reniform to globular masses. It can be in fibrous form, so it is called prixite. It is an ancillary ore of lead, these crystals are sought after by mineral collectors. 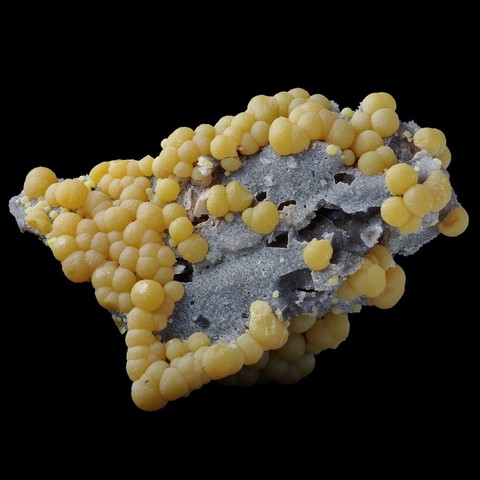 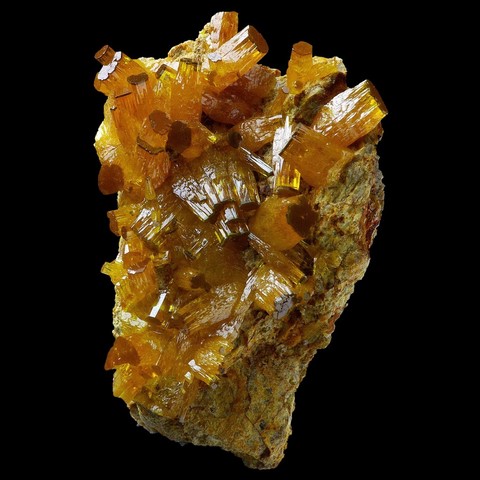 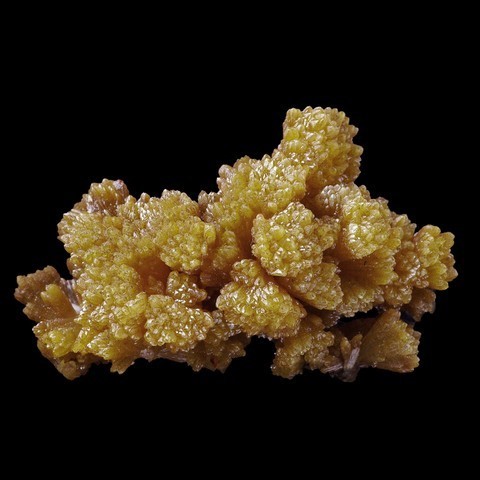 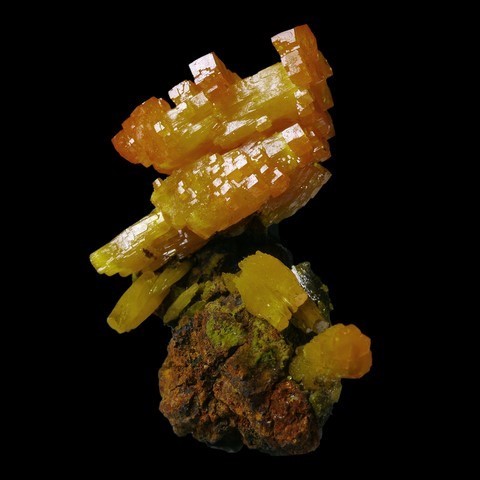 Mimetite from Pingtouling Mine, Guangdong, China

Mimetite in the World

The best prismatic specimens come from Tsumeb (Namibia) where yellow crystals exceptionally reach 6 cm. The Saxon community of Johanngeorgenstadt (Germany) is home to beautiful yellow crystals up to 2 cm high in the clinomimetite variety. The Bonney mine in Australia supplied similar 15 mm gemmy ones. Beautiful yellow prismatic crystals sometimes skeletal more than 2 cm are also from the Pingtouling mine in China (main photo), but also from Hat Yai District in Thailand (centimeter). The campylite facies of mimetite is particularly well represented at the Dry Gill mine at Caldbeck Fells (Cumberland, England), from which bright yellow-orange centimetric crystals originate. Finally, very beautiful globular yellow-orange are known in the Mexican mines of El Potosi and Ojo Caliente.

In France, mimetite is present in Molérats (Saône-et-Loire) where it is found in a fibrous form called prixite (second photo from the right), Lantignié (Rhône) where it is found associated with wulfenite, barite and fluorite (first photo on the right). It is also reported in millimetric transparent crystals in the old mine of Cap Garonne (Var). According to recent analyzes, however, it seems that the large yellow crystals with campylite facies of the Farges Mine in Corrèze are actually only pyromorphites.

No fake for this mineral species, but can sometimes be easily confused with pyromorphite, indeed without chemical analysis, it is sometimes impossible to tell the difference.